Women in America have found great success in recent years making several headlines in The Forbes 400. While women continue to create a rise in their economical income and net worth, there has been a decline in success in terms of money for women in 2022 when compared to 2021. In 2022, the women ranked as the richest females in the world had a combined value of $564 billion dollars. This year, 2022, the women have a combined value of $535 billion dollars, meaning the value has gone down by about $29 billion dollars. (Forbes) Why is this? Let’s get into a few of the women involved.

With a plummeting economy and increased inflation, several women’s income and net worth has sharply declined, losing several million, and even billions, of dollars. Some of the richest women including Alice Walton have fallen victim to the current state of the economy and in her case, lost $12.2 billion dollars as a result. This was due to the current state of the market and in her case, Walmart declined by 11% resulting in a great loss for Walton. Similarly, MacKenzie Scott who owns a one-fourth share of amazon lost $16.8 billion dollars due to the 27% decrease in the economy. (Forbes) We can see a direct correlation between a decrease and an unstable economy in the net worths of some of America’s richest female figures. Even when looking at the top 10 richest women in America, five out of 10 lost money this year.

While it seems to be a trend that these billionaires lost money in the duration of 2022, many women have also gained money throughout this year. These women still remain the richest women in America, despite a loss of a few million dollars and the donations most of them make to charities, and continue to be self-made girl bosses that many younger females can look up to. 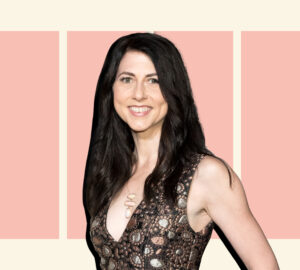