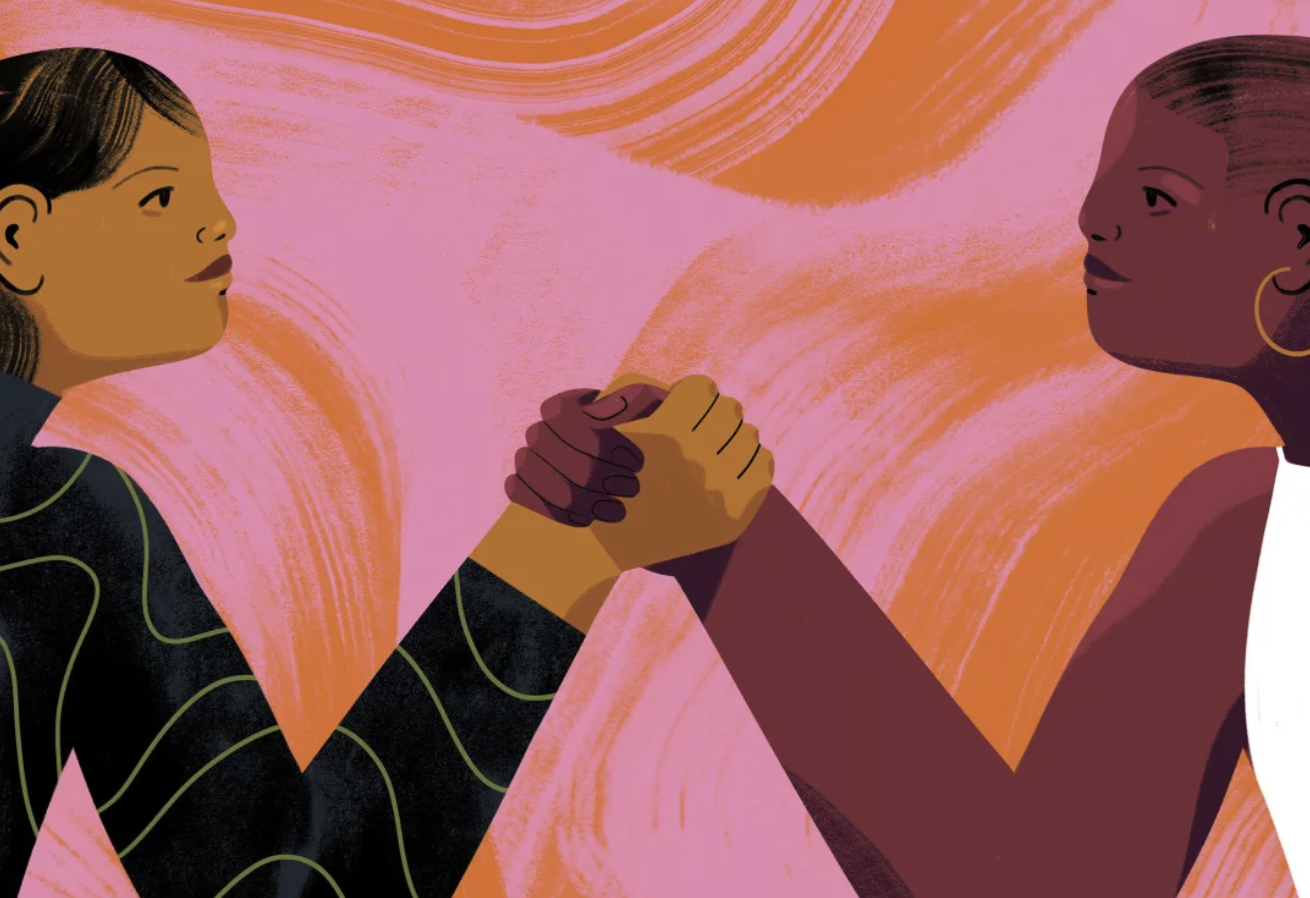 What Being An Ally To Women Of Color Means

Intersectionality is defined as the interconnected nature of social categorizations such as race, class, and gender as they apply to a given individual or group, regarded as creating overlapping and interdependent systems of discrimination or disadvantage. When talking about women’s issues, intersectionality often refers to women of color or otherwise of a religious, ethnic, or racial minority.

How does a black woman view women’s rights? She’s passionate about the issue, and she also champions African American rights. She’s a part of both groups, and there are movements for each group, but is there a movement for the subgroup of black women? Where’s the black women’s rights movement? She experiences two types of injustice. This is intersectionality, and it’s just one example of the complexity of the issues women of color can face. 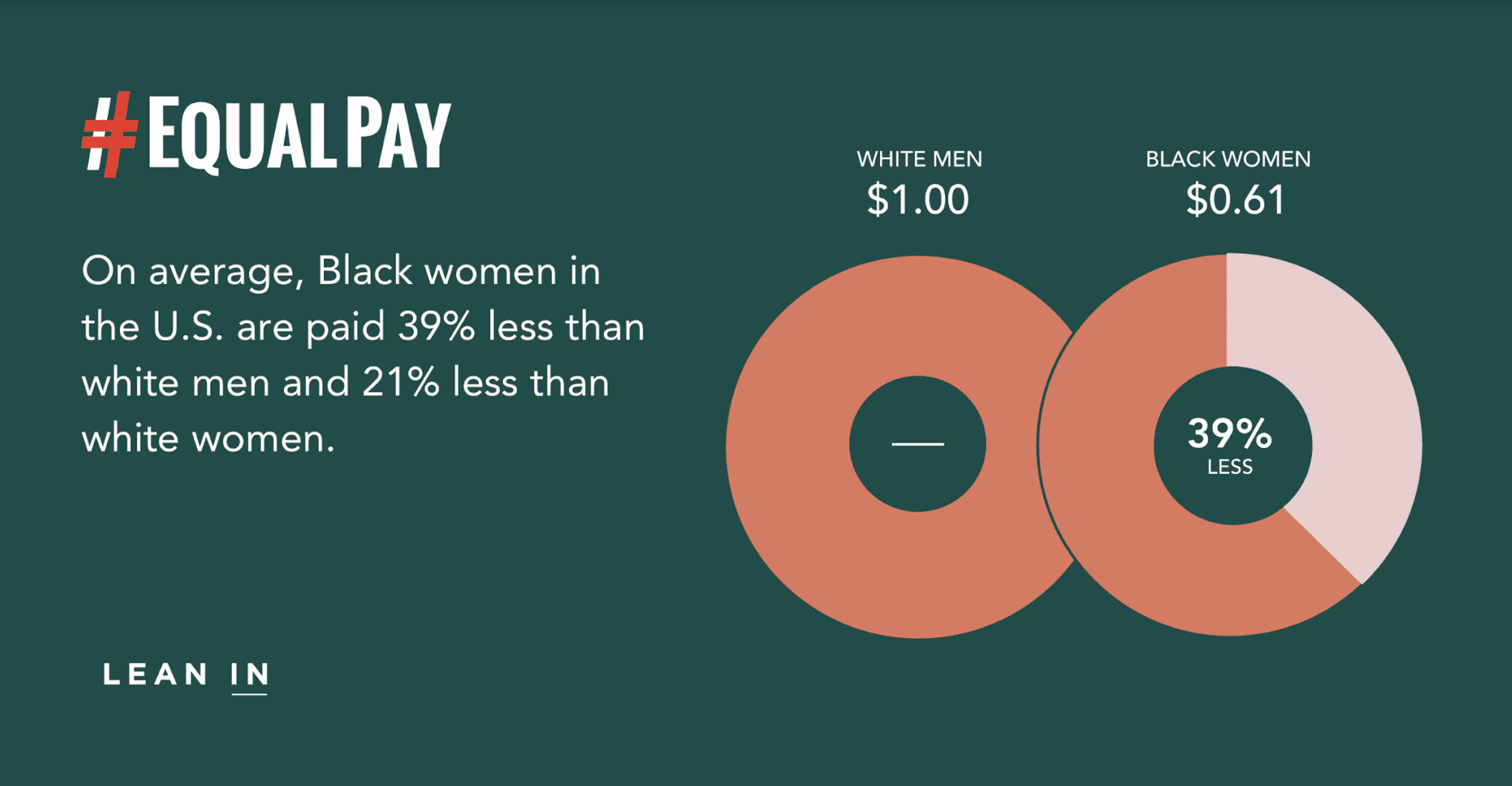 How White Women Can Be Allies:

If you’re a white woman, does it drive you nuts if your father or brother or guy friend or boyfriend thinks they know how you feel in situations when you’re feeling unsafe or discriminated against? Has a man (straight, cis, for argument’s sake) ever acted like he knows the feeling of being followed at night, afraid of being attacked and raped? Has a man acted like he has been pressured for sex by a more senior colleague? It drives me crazy when a man acts like he knows how I feel, or worse, tries to mansplain how I feel. The way a man needs to be an ally for women is similar to the way that white women need to serve as allies for women of color. Shut up. Listen. Empathize. Act accordingly, and supportively. Educate others.

A man can never know firsthand how I feel. And I will never know firsthand how a person of color feels. I will never experience firsthand what a black woman experiences daily. When I dilly dally in a store, nobody ever trails me because they think I’m stealing. I don’t fear for my life if I get pulled over in my car. Nobody asks to touch my hair. Nobody confuses me for the janitorial staff at work. These are just a few realities people of color face, making their life more difficult on a daily basis.

An ally acknowledges their own privilege in the hand of cards that life dealt them. This one can be sensitive for white people. If you work your ass off everyday you may somehow think that recognizing yourself as privileged takes away your hard work. It doesn’t take away anything you’ve accomplished. I’ve worked my ass off my whole life, but because I am white, my parents are educated and married, and I grew up in a safe suburb, I am privileged. I was given a leg up in life solely because I was lucky enough to be born into my circumstance. It doesn’t take away my accomplishments. This privilege isn’t about what I’ve accomplished, it’s about what I haven’t had to face. It’s all that stuff I won’t ever know firsthand and have the privilege of getting to learn about it secondhand. 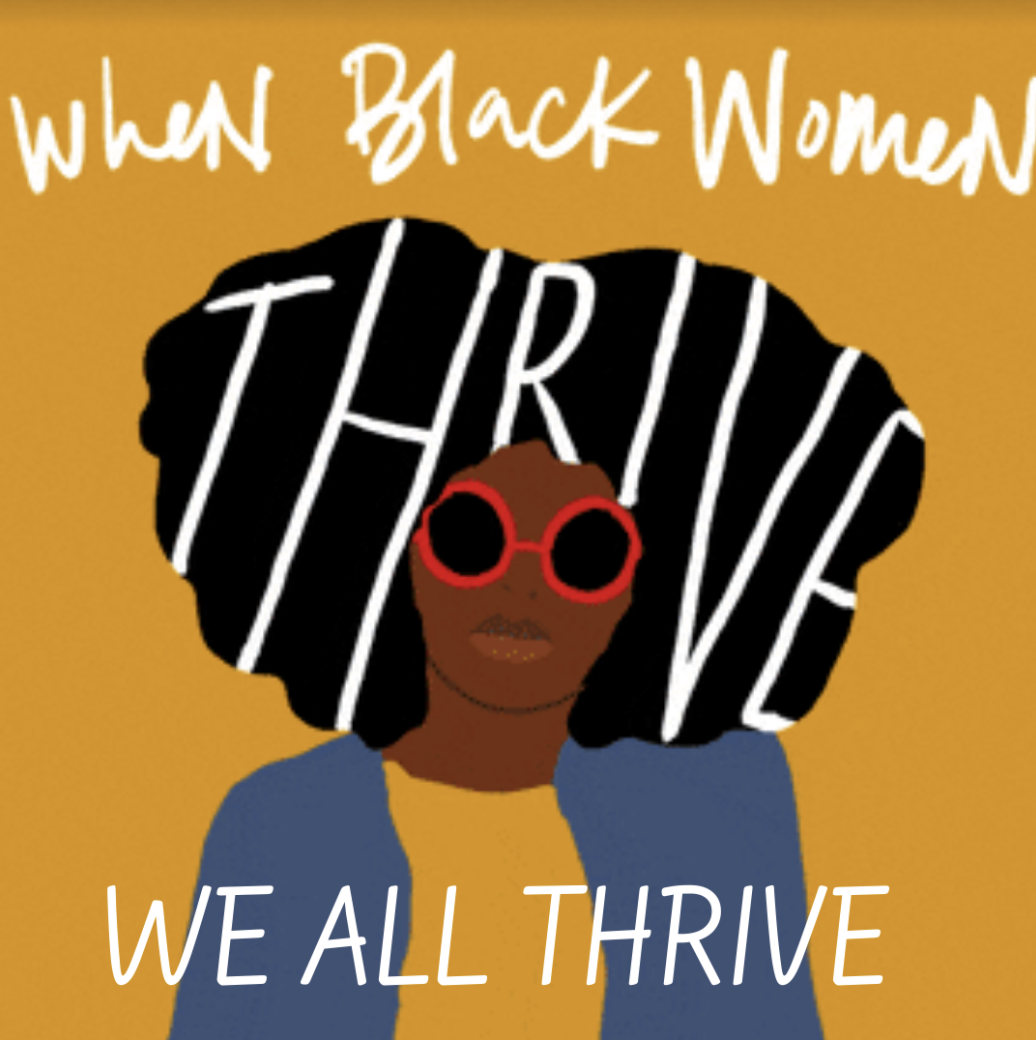 An ally is curious and doesn’t make assumptions. A good ally doesn’t think they know what’s best for someone, but instead listens to her, learns from her, empowers her, and helps the world to see her power too. An ally doesn’t ‘whitesplain’ things. Whitesplaining is explaining racism, as a white person, to people of color. This should be obvious, but you don’t know racism like they do, so don’t whitesplain–duh! It’s okay to admit you don’t know, and to educate yourself.

An ally understands the history of prejudice and learns about the history of inequality in the country. An ally deals with discomfort of confronting their own biases.

There’s no short term fix. We need to be sensitized to bias our whole lives, and vocalize when we see unfair treatment. I don’t only mean blatant racism–I mean nonobvious microaggressions. We need to take the steps to be anti-racists.

I’m sick of seeing the stepped ladder of pay leading up to the white man’s aspirational salary. Nothing against white men, but every person of every background should be paid and treated like they are a white man.

Allies unite! We’ve got a long way to go.

For more information on being a good ally to the community of color, here’s a great resource. 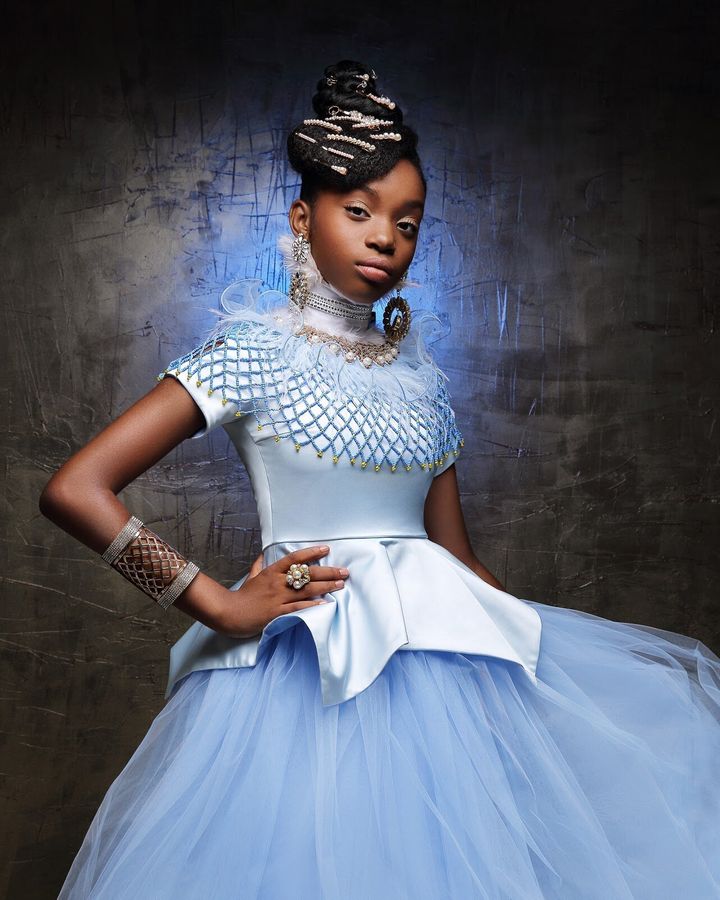 This past month, CreativeSoul, a photography studio in Atlanta collaborated with hairstylist LaChanda Gatson in order to produce a collection of photos of young black girls playing Disney princesses. Kahran Bethencourt, the head of CreativeSoul, conveys that the project is “aimed at redefining and reimaging the traditional princess with their own dash of style, culture, and swag” and “the goal is to inspire more girls around the world to start seeing themselves as regal princesses”. Gatson’s idea sprouted from her love of fairy tales and princesses growing up. However, Gatson states that when she was a child, “I would reimagine these characters more relatable to me and my culture” and “I reimagined them as Black royalty”. After being posted on Facebook, the series went viral and thousands of enthusiastic comments were posted by parents of young black daughters. The parents commented that their daughters were “oohing and aahing the whole time”, while glancing through the series. Gatson’s mission to “empower, inspire, encourage, and uplift her community, her people, and most importantly her future”, was a success. 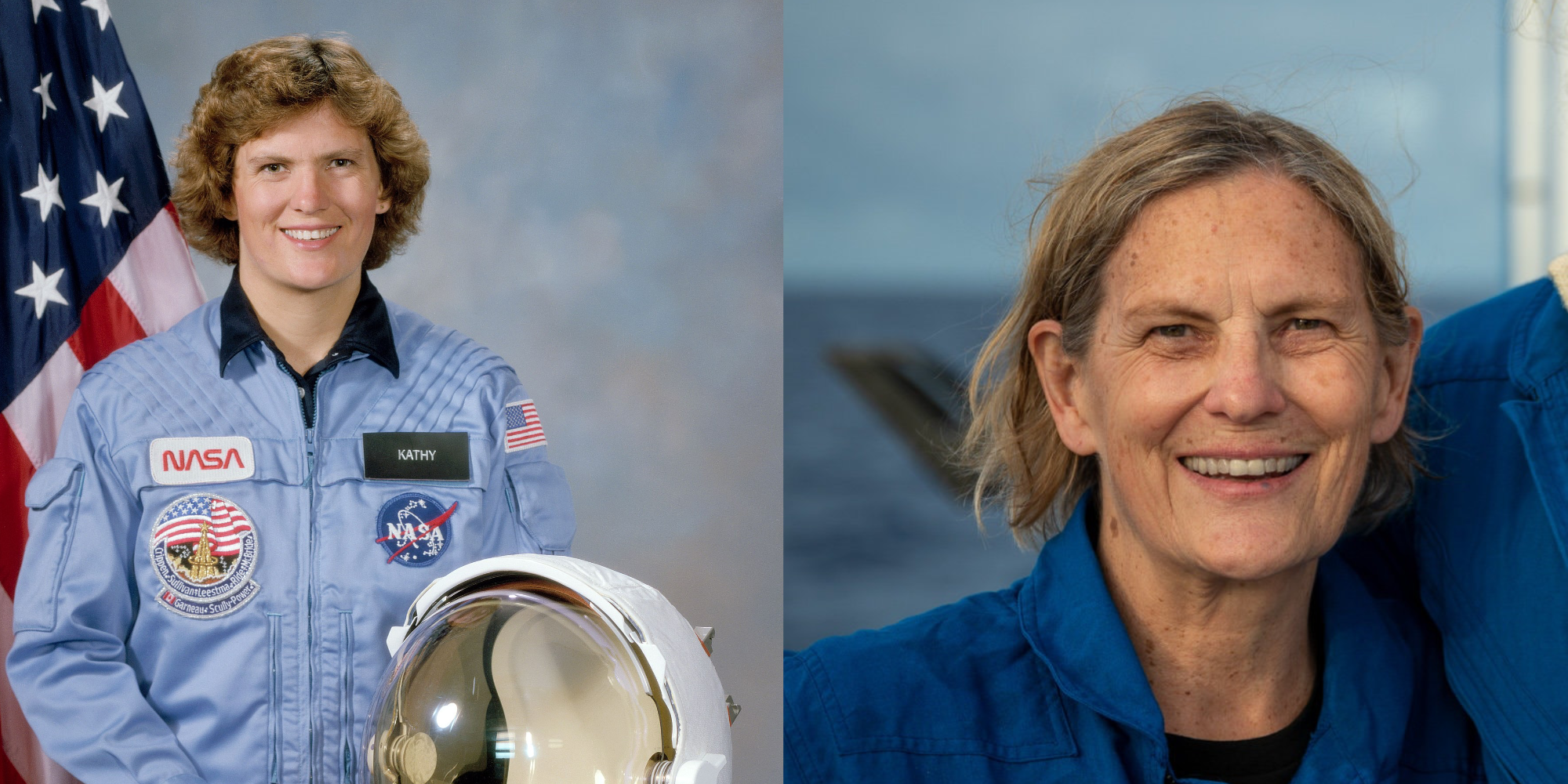 On June 7, American oceanographer Kathy Sullivan embarked on a 35,810 foot plunge to the deepest known part of the ocean. Along with her colleague, Victor Vescevo, she dove into the Mariana Trench in a pressurized, submersible structure called the Limiting Factor. This expedition was funded by EYOS, a private research company. Upon reaching the seafloor at a spot named “Challenger Deep,” the two scientists explored the unknown for nearly 1.5 hours in their vessel. They took samples of sediment and examined deep-sea life forms.

Throughout the years, Sullivan has always been interested in geography, geology, and the science behind Earth’s idiosyncrasies. An inherent sense of curiosity has pushed her to search the unknown and question the workings of the natural world.

Although eight other explorers have traveled to Challenger Deep in the past, Dr. Sullivan was the first woman to take on the journey. This was not the first time that this intrepid female researcher has been involved with groundbreaking exploration. In 1978, she joined the first NASA team that contained female astronauts. Ten years later, she became the first American woman to set foot in space.

After working for NASA, Sullivan became the chief scientist of the National Oceanic and Atmospheric Administration (NOAA). During Obama’s presidency, she took the role of administrator at the NOAA.

With these incredible experiences in her pocket, Sullivan is the first human to have walked in space and reached the deepest point in the ocean. In a statement considering both of these feats, she mused,

“If you’re looking for that absolutely glorious picture postcard view, space wins it every time. But if you want to be dazzled beyond anything you can imagine about the variety and abundance of life on Earth, go into the sea.” 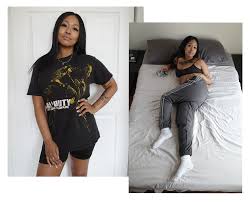 The Meme Account @PatiasFantasyWorld Took on the Anti-Racism Movement

PatiasFantasyWorld is not only an instagram meme account but a platform to advocate against racism. Founded by Patia Borja, the popular account which is designed to make its viewers think, laugh, and contemplate has amassed over one hundred thousand followers.

The Fantasy World Master List of Resource on How to Dismantle Racism includes resources specifically for teachers, resources to support LGBTQ+ individuals, mental health resources for black people, a list of bail funds, and a guide for her white followers who want to learn how to invoke conversations regarding racism among friends and family.

In a post on the PatiasFantasyWorld account, Patis wrote, “I’ve compiled comprehensive resources which can provide a framework for future discussions on how to approach the dismantling on systemic oppression.However, it is up to you to make the conversation continuous and mutable. To update or add information, please email patiasfantasyworld@gmail.com.

As for inputting new information and scanning through recommendations, Patia hardly ever stops working, sleeping less than four hours nightly. She also plans to launch a mobile website for a smoother navigation of the provided resources as soon as possible. Patia hopes to make people, companies, employers, and workers, aware of what they’re doing and how they can change their practices to better support black lives and adapt anti-racist habits.