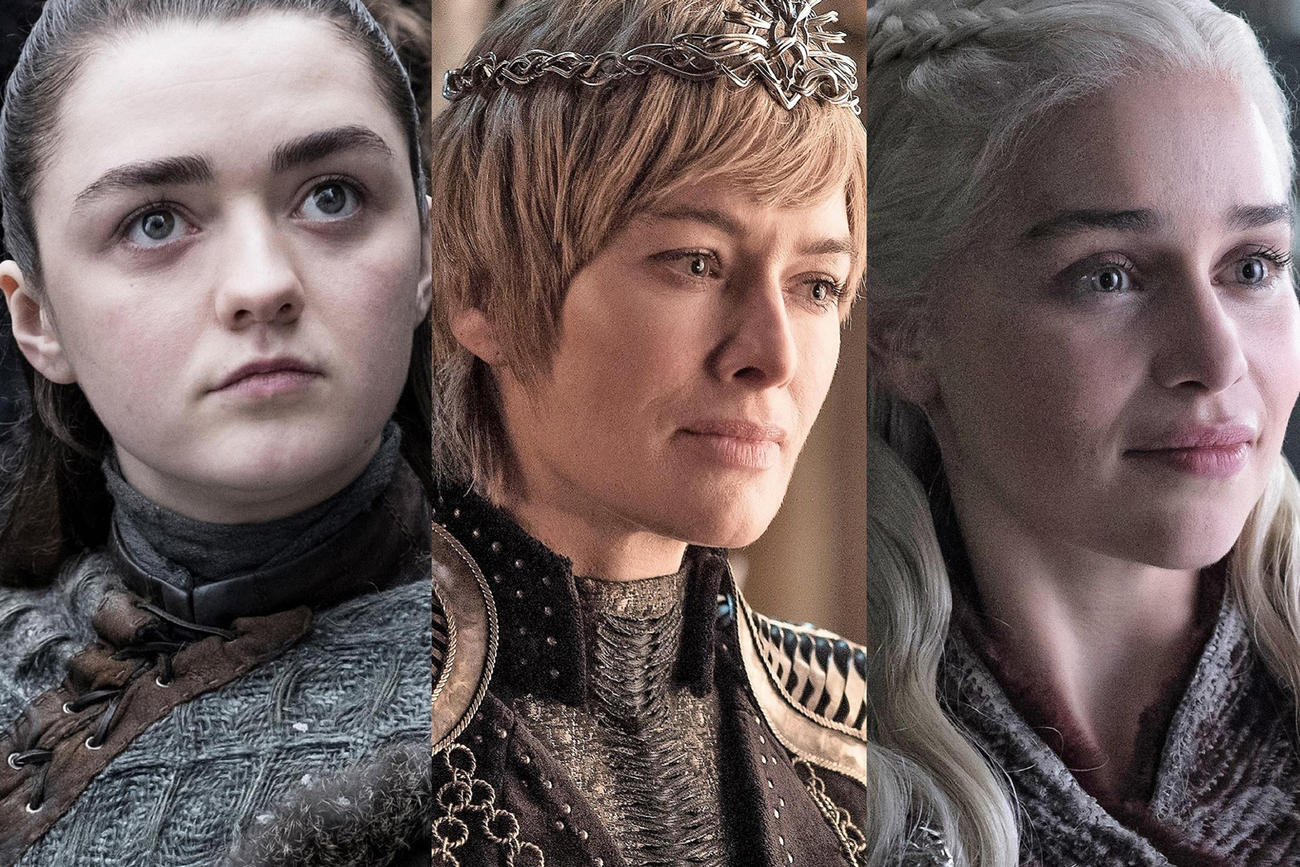 Game Of Thrones Returns – The Badass Women Of Westeros

Unless you are living under a rock, you should be well aware that the 8th and final season of Game of Thrones will begin airing on HBO on April 14th. Not surprisingly, the hype around HBO’s most popular show of all time has reached a fever pitch. From media outlets to consumer products, everyone is tapping into this cultural phenomenon. Beginning in February The New York Times ran a weekly GoT newsletter providing analysis and highlights of the main story arcs for fans to re-watch the series. Media outlets such as Time, Entertainment Weekly, Vulture and more have their own recaps of the series.

Oreos also recreated the famous title sequence of the show which features a map of Westeros and all of the different kingdoms made with 2,750 oreo cookies. Yum!

Adidas also partnered with HBO to release six different GoT themed Ultra Boost sneakers for $180 which almost immediately sold out soon after their release on March 22nd. 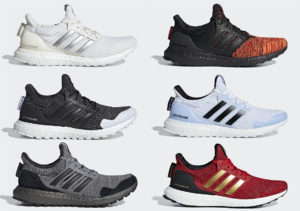 Mountain Dew introduced one of the coolest cross-promotions, creating “A Can Has No Name,” a special Mountain Dew can is solid white when warm but when chilled reveals Arya Stark’s kill list.

Of course the real excitement for the finale is finding out who will finally take the Iron Throne. Everyone has their own theories and favorite GoT characters, but as this is Girl Tribe Magazine, I wanted to highlight some of the badass women characters and how they have each used their own unique skills to survive the unforgiving world of Westeros. 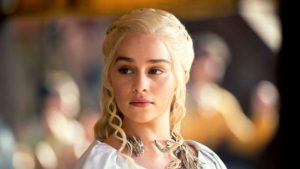 Emilia Clarke plays Daenerys Targaryen aka. Daenerys Stormborn of the House Targaryen, First of Her Name, the Unburnt, Queen of the Andals and the First Men, Khaleesi of the Great Grass Sea, Breaker of Chains, and Mother of Dragons. Oh and she also goes by Dany! From the beginning, Daenerys has proven her strength and worthiness for the Iron Throne. She is the ultimate feminist on the show who has won thousands of people over with her wisdom, kindness, leadership, ability to survive fire, and of course the mother of three, now two dragons.

Badass quote (to Jon Snow): “I spent my life in foreign lands. So many men have tried to kill me, I don’t remember all their names. I have been sold like a broodmare. I’ve been chained and betrayed, raped and defiled. Do you know what kept me standing through all those years in exile? Faith. Not in any gods. Not in myths and legends. In myself. In Daenerys Targaryen. The world hadn’t seen a dragon in centuries until my children were born. The Dothraki hadn’t crossed the sea. Any sea. They did for me. I was born to rule the Seven Kingdoms, and I will.” 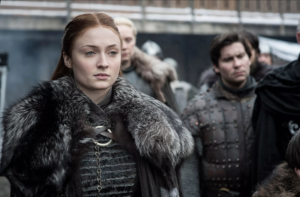 Sophie Turner (who is engaged to Joe Jonas in real life) plays Sansa Stark, a character who underwent a significant evolution to become the current Lady of Winterfell. Through her suffering at Kings Landing, Sansa became a master at politics and life at court from Cersei Lannister. Once only interested in being a “Lady,” she later outsmarts Lord Baelish and helps her half brother Jon Snow take back Winterfell from House Bolton.

Badass quote: “I am Sansa Stark of Winterfell. This is my home. And you can’t frighten me.” 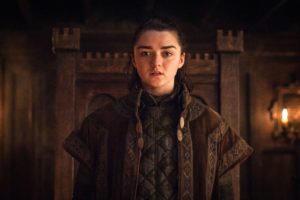 Maisie Williams plays Arya Stark, Sansa’s younger sister who never had any intention to become a Lady, but has made good use of her “dancing lessons” with her sword teacher from Braavos. Arya miraculously survives through living in disguise as a boy, and ultimately works her way from Tywin Lannister, the Hound, and Jaqen H’ghar, the faceless man to return to Winterfell. Arya is known for keeping a list of people that she is going to kill.

Badass quote (when she paid revenge to the House Frey for killing her mother and brother): “Leave one wolf alive and the sheep are never safe. When people ask you what happened here, tell them the North remembers. Tell them winter came for House Frey.” 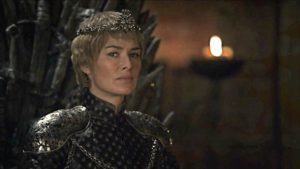 Lena Headey plays Cersei Lannister, the character we love to hate who is the widow of King Robert, in an incestuous relationship with her twin brother Jaime, and the current ruler of the Iron Throne. Although she is evil, one must admire her for becoming the first recognized Queen Regnant in the history of Westeros and taking control of the Iron throne after all of her children were killed despite the fact that her father never considered her as a possible heir, believing that only men could lead.

Badass quote: “The only way to keep your people loyal is to make certain they fear you more than they do the enemy.” 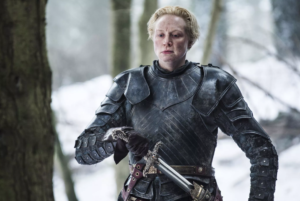 Gwendoline Christie plays Brienne of Tarth a woman who can fight any knight and win. She has promised Catelyn Stark that she would protect her daughters. Her commitment to honor is so strong that she wins Jaime Lannister’s respect and he gives her a rare Valyrian-steel sword and reveals his biggest secret to her – how he became the “Kingslayer.” Though their relationship isn’t romantic, there is a mutual admiration and deep connection between them.

Badass quote (to Jaime Lannister): “All my life men like you’ve sneered at me, and all my life I’ve been knocking men like you into the dust.” 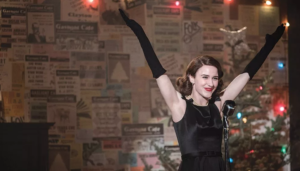 In an industry such as comedy where men are in charge, women are changing the game. Only men, including Jerry Seinfeld and Chris Rock, are on the list made by Forbes for the highest paid comedians. Even so, some inspirational women are making a difference in comedy and deserve recognition as well. Kate McKinnon is Saturday Night Live’s go-to imitator. One of her most famous impressions is Hillary Clinton. Phoebe Robinson is a comedian from HBO’s “Two Dope Queens”. Kate Berlant is in Netflix’s original series The Characters and voices characters on HBO’s Animals. Hannah Gadsby has her own special on Netflix Nanette. Ali Wong tackles topics such as motherhood, women hood, and marriage in her hilarious comedy like no other. Finally, Naomi Ekperigin is a comedian in 2 Dope Queens and a writer for Broad City and Difficult People. These women are all incredible comedians who are rising up in the world of comedy and changing the game from only a male-dominated industry to one where women are just as appreciated. 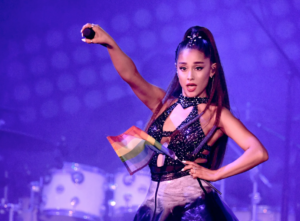 As Coachella approaches on April 12- 14 and 19-21, tons of influencers, teenagers, and adults are planning their weekend around the performances of popular bands and artists. This year’s line up includes top artists: Ariana Grande, Childish Gambino, and Tame Impala. Ariana Grande will make history as the youngest artist to ever headline the music festival and will be the fourth female artist to ever headline Coachella. As women in society view this to be a great step forward for the community, some women are seeing it as a step back for Coachella. Coachella has encouraged the hashtag #brochella for its traditional favoring of male musicians, which has caused a lot of controversy in the industry. However, with the increase in performances by women this year, the women community hopes to take away that hashtag. We will keep you up-to-date with post-Coachella information, Stay tuned!!!!!

Perksy Founder And CEO Speaks At Forbes Under 30 Summit