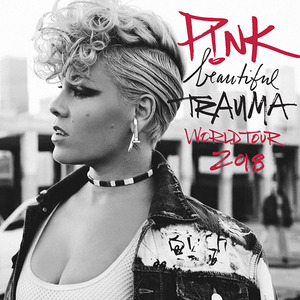 We want to commend P!nk on the way she handled trolls who questioned the truth behind her hospitalization and cancelled shows in Sydney, Australia on August 3rd and 6th.  The powerhouse performer recovered and was back onstage 8/11. Read her Instagram post here:

I don’t need to clear this up, but out of respect for my fans I will attempt it. I scheduled this tour meticulously, trying to do what was best for my children, while also putting on the best and most physically demanding and beautiful show of my life. This break in Byron has been scheduled since 2017, as a way to get outside the hotel and the winter and have some time with my children. I’ve already been sick twice (kids as well)on this Australian tour, but the first time we got sick, I was able to push through. This time, what these parasite paparazzi don’t show you, is two doctor visits in Byron on two consecutive days, antibiotics, steroids, Vick’s, nose spray, throat spray, more steroids, NyQuil, a screaming baby in the middle of the night, every night, while mama gives him warm baths and tells her daughter everything is fine. You can think whatever you want, it’s your right, but I have never taken advantage of any one in my entire life. I have never fucked off while disrespecting hard working people who spend money to come see me play. I have never phoned in a single tour, I have an impeccable record for not cancelling. I mother with everything I have whilst handling all the rest. The snark in this is unbelievable and makes me long for a nicer world. I’m doing the absolute best I can, and you can believe it or not. What they don’t show you in this picture is me drinking water and lying down while my friends try to entertain my 7 year old who is asking me why these creepy men are surrounding us and pacing back and forth and taking pictures of her every move. I will see everyone tomorrow whether I’m better or not, and the postponed show will be rescheduled. As I said, I’m sorry to the real fans who this situation has affected. Onwards and upwards. 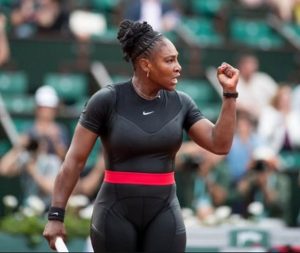 Serena Williams had a brilliant response to the press about the French Open changing the wardrobe rules going forward to prevent her from wearing a catsuit like she wore this year:

.@serenawilliams made light of the French Open banning her catsuit: pic.twitter.com/Ltyx7BUcWM

You can take the superhero out of her costume, but you can never take away her superpowers. #justdoit pic.twitter.com/dDB6D9nzaD 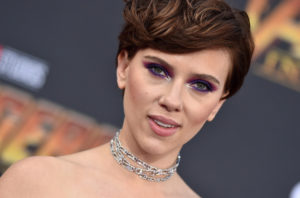 Scarlett Johansson is the highest paid actress of 2018.  According to Forbes, Johansson took home $40.5 million this year. The top ten women actresses in the world earned a combined $186 million this past year. Nice job ladies! 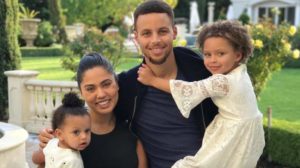 Stephen Curry, Point Guard of the Golden State Warriors wrote an amazing article promoting women’s equality while paying tribute to his wife Ayesha and daughters and girls in general.  It is a must read!

What Do You Think?