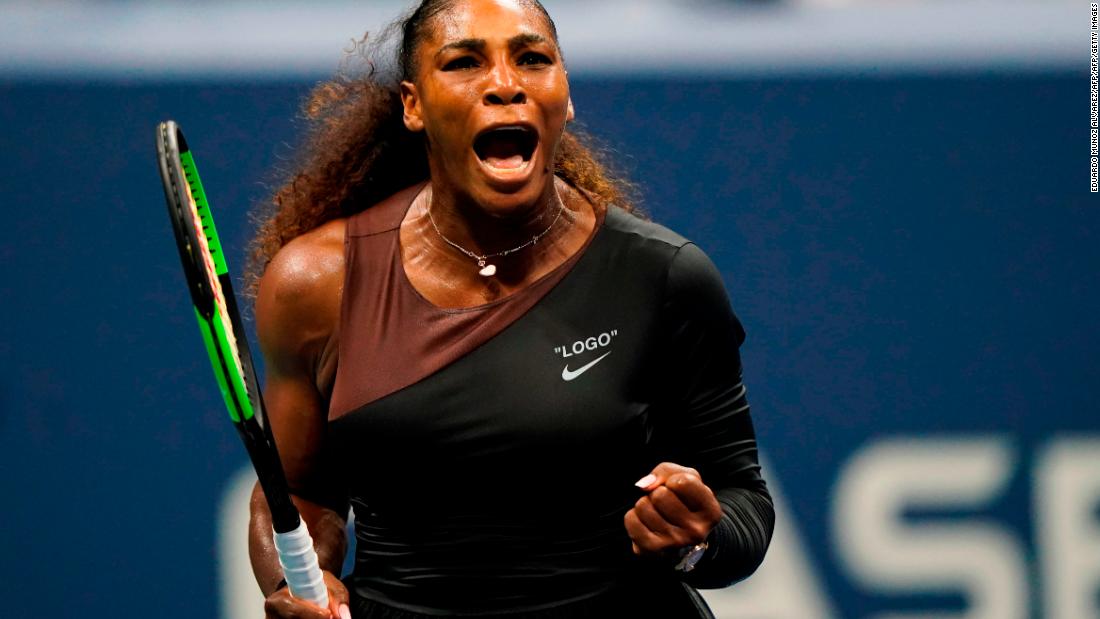 The US Open Makes A Crucial Change For Returning Moms

As the end of August rolls around, everyone knows it is time for the US Open, but this year there have been some changes. Earlier this summer at the French Open, Serena Williams made her debut since giving birth to her daughter Alexis, but there was some drama regarding her return. Serena was unseeded at the French Open, which not only sparked great controversy, but also caused the US Open to update their seeding protocols about women returning from pregnancy.

In an article in The New York Times, Katrina Adams, the president and chairwoman of the USTA, says “players coming back from pregnancy should not be penalized for starting a family”. Since there are an increasing number of moms in the sport, these updates will be very reassuring for them and will ensure that women are not punished for having a baby. In the same New York Times article, David Waldstein writes that this “decision could have a ripple effect on other tennis tournaments”, and lots of people are hoping this is true. To read more, go to https://www.nytimes.com/2018/06/23/sports/serena-williams-pregnancy.html.

As the US Open heads into the quarter finals, make sure to keep an eye out for last year’s Women’s Singles winner, Sloane Stephens, as well as Serena Williams. Sloane took down Elise Mertens in the Round of 16 on Monday, while Serena had what she called her best match against her sister Venus and then moved on to beat Kaia Kanepi in the 3rd set in the Round of 16. To get more information on the schedule of the matches and how to watch it live from your device, go to https://skimmth.is/2NnbJ9w 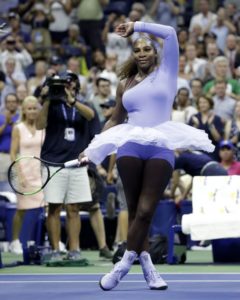 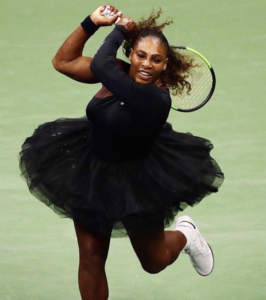 One of the most excited aspects of the US Open every year is the fashion on the courts – due to the more relaxed dress code that the NY based tournament has compared to other majors.  Serena Williams has consistently introduced new, exciting fashion looks on the court and at the US Open she has raised the bar to a new high.  Working with Nike and Virgil Abloh – famed designer of Off White and Louis Vuitton, they created a one shoulder tutu for her to wear – the ultimate feminine look to wear as she continually defeats her opponents.  We hope that they make this outfit for consumers as we all want to wear tutus on the tennis court!

Another athlete raising the fashion bar for women athletes is LeBron James who selected three African-American women designers to create the first LeBron women’s basketball shoe for Nike. The HFR x LeBron 16 was co-designed with Harlem Fashion Row designers Fe Noel, Undra Celeste and Kimberly Goldson. The shoe, which will be available September 7th, features an ankle wrap that can also be worn as a choker or bracelet, and a 3-dimensional lion logo on the back.  Inside, the sole reads “dignity, loyalty, courage and strength” as well as the designers’ signatures. At an event at the Harlem Fashion Row Style Awards sponsored by James and Nike, James thanked the women in his life including his mother Gloria, his wife Savannah and his three year old daughter Zhuri for forming his perspective that African American women are the most powerful in the world. 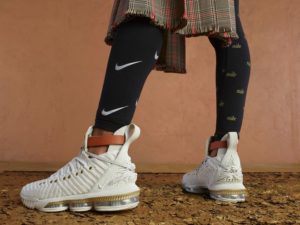