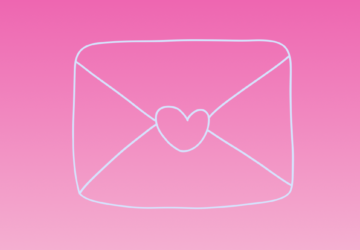 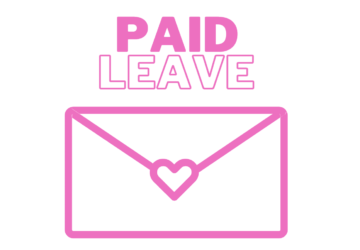 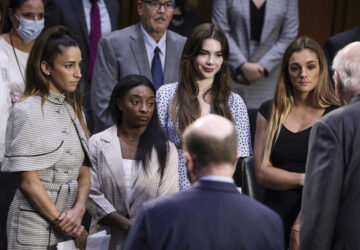 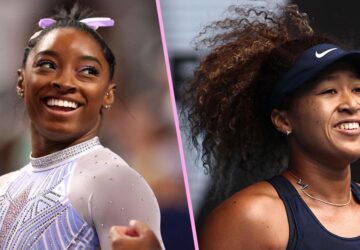 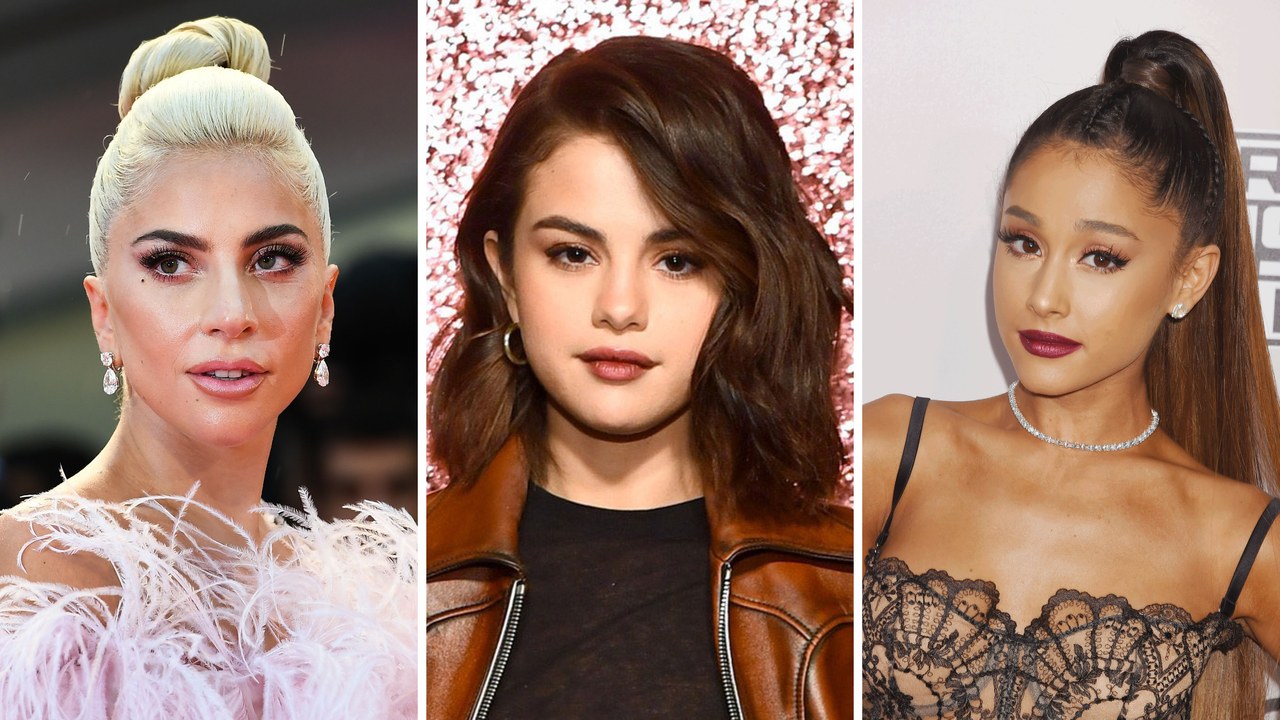 May is Mental Health Awareness month and there are an extraordinary amount of celebrities, athletes, and business leaders who are publicly discussing their personal mental health struggles to destigmatize conversations and raise awareness on ways to overcome mental health issues. According to the World Health Organization, over 300 million people suffer from depression around the world and it is considered “the leading cause of disability worldwide” and “a major contributor to the overall global burden of disease”.

In connection with Mental Health Awareness month, many celebrities have used their platform to share their mental health struggles in the press, hoping to raise awareness and eliminate any shame around the topic.

Sophie Turner, who has been vocal about the issue of mental illness and the need to de-stigmatize it, recently discussed her struggles with depression on the “Phil in the Blanks” podcast, hosted by Phil McGraw, aka. “Dr. Phil.”  Sophie revealed, “The biggest challenge I’ve had, and I’ve had it for the longest out of all my mental health problems, is my depression.” She continued, “I’ve suffered with depression for about five or six years now, and the biggest challenge for me is just getting out of bed, getting out of the house and learning to love yourself.” She also admitted that she had thoughts of suicide, but with the help of therapy and medication she is now much happier. She said, “I love myself now more than I used to.” Sophie married Joe Jonas in Las Vegas after the Billboard Music Awards. She credited her relationship with Jonas for her new strength saying, “I’m with someone that makes me realize I do have some redeeming qualities, I suppose, and when someone tells you they love you every day, it makes you really think about why that is, and I think it makes you love yourself a bit more.”

I’m bipolar and I’m not ashamed anymore. That is all. (Crying my eyes out.)

Ariana Grande is another singer who has been vocal about her psychological struggles over the past few years. She has faced a lot of hardship including the bombing at her concert at Manchester Arena, the death of her ex-boyfriend Mac Miller, and her public breakup with ex-fiance Pete Davidson. A few weeks ago, Ariana tweeted a quote that actor Jim Carrey had previously written which inspired her, “Depression is your body saying, ‘I don’t want to be this character anymore. I don’t want to hold up this avatar that you’ve created in the world. It’s too much for me.’ You should think of the word ‘depressed’ as ‘deep rest.’ Your body needs to be depressed. It needs deep rest from the character that you’ve been trying to play.” Jim Carrey responded at Ariana’s post tweeting, “@ArianaGrande I read your lovely mention of me and things I’ve said about depression. A brilliant teacher and friend, Jeff Foster was OG on the ‘Deep Rest’ concept. I admire your openness. I wish you freedom and peace. I feel blessed to have such a gifted admirer. Happy Easter!” Their exchange shows the beauty of showing support and the value in publicly talking about mental health issues so that you don’t feel alone in your struggles.

P!nk also recently encouraged conversation around mental health and discussed her struggles with anxiety with Carson Daly on the Today show. She said, “I’ve been depressed. I have anxiety. I overthink everything. What I do is I keep the right people around me. And I go to therapy.”

According to the Child Mind Institute, the national nonprofit which serves children and families struggling with mental health and learning disorders, 17.1 million children in the United States out of 74.5 million have or have had a mental health disorder. More children struggle with mental health issues than from cancer, diabetes and AIDS combined. The organization states that half of all mental illness cases occur before 14 years old, and 75 percent occur by 24 years old. Despite these statistics, stigma and lack of awareness around mental health result in many people not getting the help that they need. Mental health issues can lead to poor performance in school, substance abuse and trouble with the law if not properly addressed. The institute created an awareness campaign called #my younger self that features videos with celebrities, athletes, social influencers, and business leaders who discuss their experience growing up with a mental health or learning disorder. People including Kristen Bell, Emma Stone, Zoe Saldana, Mikaela Shiffrin, Brittany Snow, Sarah Silverman, Regina Hall, Lena Dunham, Busy Philipps and many more share their stories to eliminate the shame and stigma associated with these conditions and offer hope to others that they can overcome their struggles. You can access all of these amazing videos here: https://childmind.org/myyoungerself/

In 2015 HuffPost spoke with Gregory Dalack, chair of the department of psychiatry at the University of Michigan who applauded high profile people for discussing their mental health struggles.“Celebrities who suffer with mental illness and are willing to talk about it send an important message,” he said. “Individuals may be suffering from a mental illness and yet it might not be apparent to you. Having a mental illness does not mean that you cannot function at a high level and be successful.”

Selena Gomez, Lady Gaga and Demi Lovato are some of the other superstars who have openly discussed their mental health struggles and have inspired many people around the world. Selena is candid with her fans about needing to step away from the limelight from time to time for self care. She explained her breaks from Instagram by saying, “As much as I am grateful for the voice that social media gives each of us, I am equally grateful to be able to step back and live my life present to the moment I have been given. Kindness and encouragement only for a bit! Just remember— negative comments can hurt anybody’s feelings. Obvi.”

Lady Gaga has often discussed her anxiety and depression and has said that acting helped support her mental health.  She told Billboard, “I’ve suffered through depression and anxiety my entire life. I still suffer with it every single day. I just want these kids to know that that depth they feel as human beings is normal.” Demi Lovato also never shies away from telling fans the importance of mental health and shares honest insight into her emotional struggles and issues with addiction.

Prince Harry recently announced that he and Oprah Winfrey are creating a documentary series on mental health for Apple TVs new streaming service which will air sometime in 2020. According to Harry’s Instagram post, the multi-part series “will focus on both mental illness and mental wellness” which they hope inspires people “to have an honest conversation about the challenges each of us faces, and how to equip ourselves with the tools to not simply survive, but to thrive.” 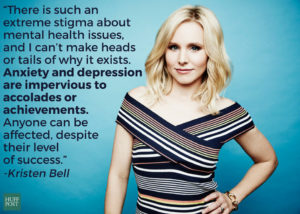 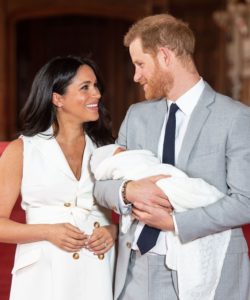 Early on May 6, 2019, Meghan Markle (the Duchess of Sussex) and Prince Harry officially welcomed the much anticipated royal baby boy named Archie Harrison Mountbatten-Windsor. Despite much speculation, it was confirmed that Markle diverged from the Queen of England’s tradition of using the Queen’s doctors, Alan Farthing and Guy Thorpe-Beeston, for an at home birth. Instead, the birth was delivered in a hospital in London by a team of female doctors. The hospital is suspected to be the Portland hospital. This break from tradition says a lot about how the Sussexes are helping to modernize the monarchy.

Also, Markle had a baby shower which was planned by Serena Williams, a famous professional tennis player and close friend of Markles. It took place at the Mark Hotel in New York City. The baby shower was Markle’s first time returning to the US after marrying the Prince in May 2018. The shower was filled with celebrities, including: Amal Clooney, co-stars from the show Suits, Gayle King, Jessica Mulroney, Misha Nonoo, and Abigail Spencer. The venue, which was in a penthouse, was luxurious. Again, by having a baby shower, Markle “technically” broke royal protocol.