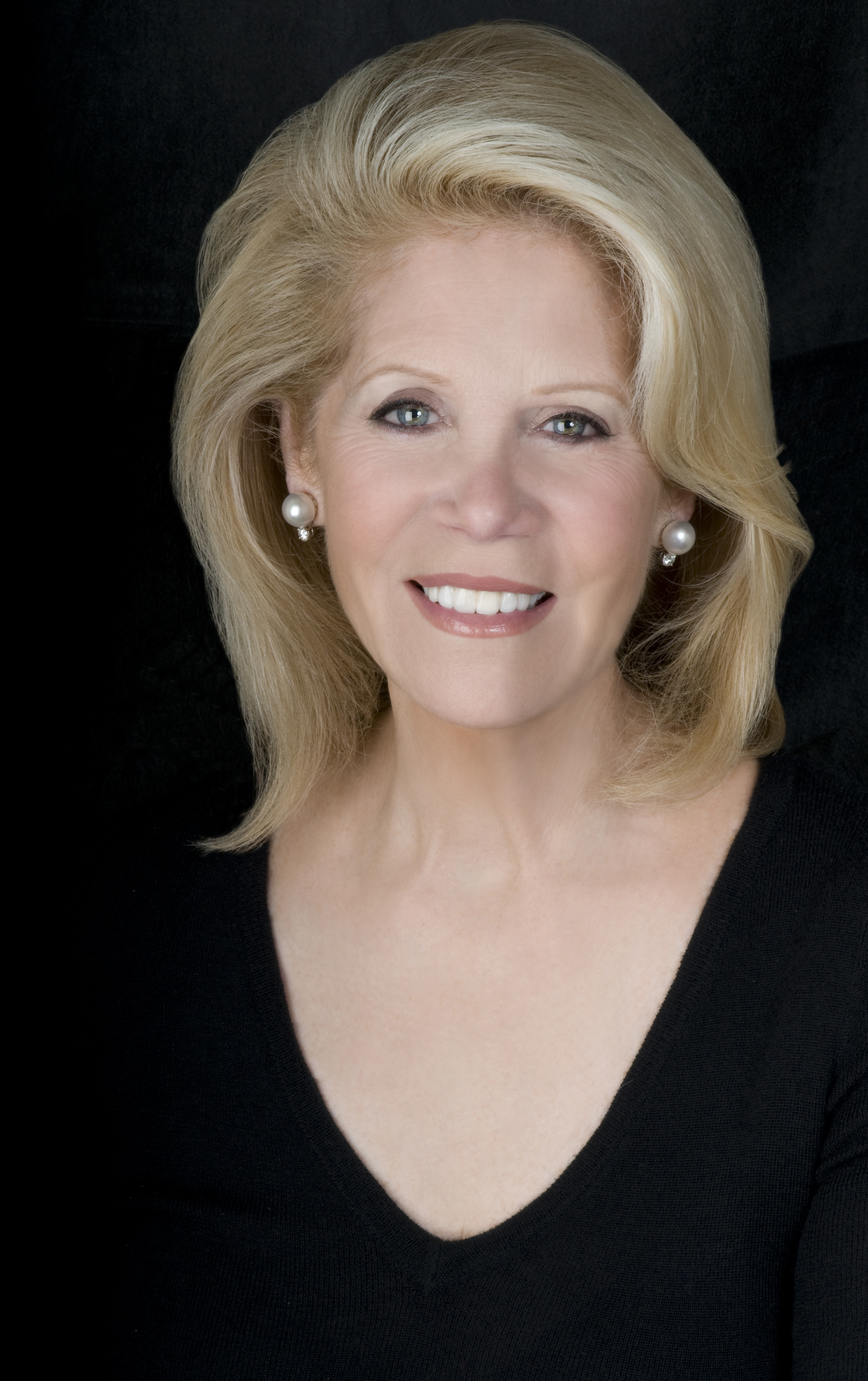 She is the proud recipient of 12 Tony Awards and London’s Olivier Award, and her over 118 productions both on and Off-Broadway include Kinky Boots, now in its 6th year on Broadway and around the globe (London, Toronto, Australia, Korea, Japan, China, Germany; 2013 Tony Award, 2016 Olivier Award).  Other highlights in her producing career include: Angels in America; Bea Arthur on Broadway; Buyer and Cellar; Caroline, or Change; A Catered Affair; Closer Than Ever; The Crucible; Curtains; The Divine Sister; Driving Miss Daisy; Fela!; Gloria: A Life; The Goat, or Who Is Sylvia? (2002 Tony Award); Harlem Song; The Humans (2016 Tony Award); Paula Vogel’s Indecent; Nora Ephron and Delia Ephron’s Love, Loss, and What I Wore; The Normal Heart (2011 Tony Award); Old Wicked Songs; One Man, Two Guvnors; Our Lady of 121st Street; The Play About the Baby; A Raisin in the Sun (2014 Tony Award); Shuffle Along; Sunset Boulevard; The Tale of the Allergist’s Wife; The Temperamentals; Twilight: Los Angeles, 1992; A View from the Bridge (2016 Tony); War Horse (2011 Tony Award); Who’s Afraid of Virginia Woolf?; Wiesenthal; The Year of Magical Thinking; and De La Guarda and Fuerza Bruta, which ran for 14 years at the Daryl Roth Theatre on Union Square.

Daryl was inducted into the 2017 Theatre Hall of Fame, she is a Trustee of Lincoln Center Theater, the New York City Police Foundation, and the Kennedy Center, and was named to Crain’s 2017 “50 Most Powerful Women in New York.”

Not only is Daryl is a true trailblazer in theatre, but she has also made a concerted effort to champion women’s stories. Many of her shows have had far reaching impacts beyond the world of theatre as you will read below. It is a true honor to get insight about her experience and career.

Chloe: You are an extraordinarily accomplished theater producer, having the unique distinction of producing seven Pulitzer prize-winning plays. How did you get involved in the world of theater? When did you know that this is what you wanted to do?

Daryl: Theatre was always a part of my life growing up in New Jersey. It was wonderful that my parents would bring both my sister and myself at a young age to see Broadway musicals, so our introduction to theatre was early and often. And I, in turn, would then bring my children to experience theatre and it became a wonderful shared experience which we now have passed on to our grandchildren.

Because of this early love of theatre, I had always wished I would find a way into the business and be able to be a part of the theatre world.  I wanted to see where I belonged; I wasn’t an actress or a writer, but I knew I was pretty good at putting things together.

My first step was getting involved in not-for-profit theatres, so I could learn and listen and get to know how things were done. In 1988, I met two people who were working on a song cycle, the lyricist Richard Maltby and composer David Shire. We took the musical, Closer Than Ever, to the Williamstown Theatre Festival, and then brought it to the Cherry Lane Theatre here in NY, where it ran for nine months. I started to find more of my niche in developing new writers, looking at scripts with ideas that were important to me and dealt with women’s stories, gender, and female identity.

Chloe:  How do you generate ideas for plays, or find stories that you want to bring to life? What are some indications to help you know when a play is going to be a success?

Daryl: There are many paths for how a show gets to the stage and how I become involved.  With Kinky Boots, thirteen years ago I saw a screening of a small independent English film called Kinky Boots at Sundance Film Festival.  I was taken by the father-son story and its message of acceptance.  I knew in my heart the story had the DNA to become a wonderful musical, and from there went about obtaining the rights and putting the creative and producing teams together, starting with book writer Harvey Fierstein, director Jerry Mitchell, my producing partner Hal Luftig, and finally our composer Cyndi Lauper.

For a play like Indecent which I produced on Broadway in 2017: I have a longstanding relationship with the playwright, Paula Vogel, having produced her play How I Learned to Drive many years ago, and with the Vineyard Theatre, the non-profit theatre where it premiered.   When I saw the show there, I knew it needed to be seen by a larger audience, so I spoke with the artistic director about my moving it for a commercial run on Broadway.

You never know if a play is going to be a success – you just have to trust your instinct and believe in the material, and then be diligent and tenacious in your producing efforts.

Chloe:  What project(s) are you most proud of? Why?

Daryl: I have been blessed with amazing and wonderful moments and memories, and am very proud of the productions I have been involved with.  I have worked with some of the finest writers, directors, actors, and designers. That said, Kinky Boots, The Normal Heart, Proof and Wit are highlights of my career.

Margaret Edson’s Wit, which I produced in 1998, was a profound play about English professor Vivian Bearing, and her stoic reaction to treatment for Stage 4 ovarian cancer at a well known teaching hospital.    My own life was forever altered being involved with Wit.  Like many, I was scared to delve into a play about a woman dying of cancer.  But being scared has always served as a challenge for me, and it was one of the most truthful plays I had ever read.  I felt the story, and how it addressed end of life care and the doctor-patient relationship, needed to be heard and discussed by as many people as we could reach.  In fact, Wit inspired classes in medical compassion and humanity taught in many medical schools today.

Proof, by David Auburn, is about a young woman mathematician who must prove herself after her father’s death. It’s an intensely personal look at the struggles of women in math and science careers, and also a beautiful exploration of family and relationships.  I thought the play was incredibly empowering, and shed light on issues I want explored for my own granddaughters.

The Normal Heart, Larry Kramer’s seminal play about the AIDS crisis which I produced on Broadway in 2011, had an enormous effect in the community.  Magnificently and fiercely acted, the play was met with an astounding response, touching all those who remembered, and enlightening a younger generation first learning of their history and legacy.  During a performance on the evening of June 24th that year, the New York State Marriage Equality Act was passed in Albany. At the curtain call, we announced the momentous news to our audience, which led to cheering and crying, and was one of the most memorable nights I’ve ever had in the theatre.

Kinky Boots is like nothing else I have ever experienced. Audiences leave the theatre feeling joyous, uplifted, and with a sense of how to respect other people’s differences. The story resonates because it’s about family, friendship, and love. The show gives them the courage to be themselves; the show is inspirational, with a  lot of glitter and glam.

I’ve gotten to watch it go all over the globe. It’s amazing to see audiences embrace the show here in NY, in London, and Australia, and in places like Japan,  Korea, Germany and Italy where it’s done in other languages, it proves how universal our message is. We get letters and emails from young people who tell us how it gives them the support they need to be true to who they are.

Chloe:  That is so amazing and inspiring. What qualities are most important for someone working in production?  What would you recommend for academic and professional experience?

Daryl: I think the best experience you can get early on is to be involved in as many shows as possible, both onstage and behind the scenes, so you have a sense of all the pieces and people needed to make a successful production.  You can get involved in school or community theatre shows, and take any relevant classes that spark your interest. I also recommend seeing as many shows as possible and reading plays – that is an education in and of itself.

There are many jobs in theatre and the arts, and many avenues to get there.  For people entering the field, I always recommend being open to any opportunity, no matter how “small” you might think it to be.

The other thing I always like to remind people is that failure is always going to be a part of taking risks, and to never let fear of that hold you back.  In the end, it’s not about failure; it’s about how much you love what you do.

Chloe: Obviously when you have achieved your level of success, you have more freedom in choosing your projects and subject matters. Do you have any goals or specific agendas for future projects?

Daryl: I try to always be open to new ideas, artists, and projects, so I don’t like to have an “agenda”, per se.  I have specific projects that I am currently developing, but beyond that I am constantly on the lookout for unique voices and perspectives and great storytelling that is empowering and uplifting.

Chloe: Thank you Daryl for bringing such important and powerful stories to the world. Daryl’s current Broadway productions are Gloria: A Life and the Tony award winning musical Kinky Boots.