There was no host, but they had Ally and Jack aka Lady Gaga and Bradley Cooper perform “Shallow” which was the most anticipated and most fulfilling event of the Oscar telecast anyway! The stars performed their Oscar winning song from A Star Is Born and the internet was immediately ablaze with people commenting on their intimate performance. According to Hollywood Reporter columnist Chris Gardner, who posted on Twitter during the show, the two received a standing ovation after their performance, and then received a second standing ovation when they were walking back to their seats during the commercial break – something that Gardner said he had never seen before.

There were also many other great performances throughout the evening including Bette Midler performing “The Place Where Lost Things Go” from Mary Poppins Returns, Jennifer Hudson performing “I’ll Fight” from RBG, and of course the opening act by Queen with Adam Lambert taking on the lead singing role, which was a fun change of pace for the Academy Awards. But the other big story of the awards was that it was a record night for women – 15 females won Oscars – the most in history. Olivia Colman won Best Actress for her performance in “The Favourite” beating out expected winner Glenn Close, who was expected to win for her performance in “The Wife” after winning best actress at all of the previous award shows this season. Regina King won Best Supporting Actress for “If Beale Street Could Talk.” 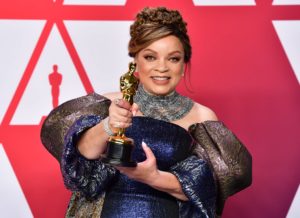 The costume designer for Black Panther was the first Black woman to win the Oscar for Best Costume Design.

The production designer for Black Panther was the first Black woman to be nominated and also to win the Oscar for Best Production Design. 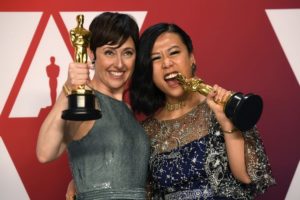 Shi won Best Animated Short for her film Bao, becoming not only the first woman to lead an animated short for Pixar, but also the first female director to win in that category for Pixar.

“Period. End Of Sentence” won Best Short Documentary, and the film’s director, Rayka Zehtabchi, gave an adorable speech saying, “I’m not crying because I’m on my period, or anything. I can’t believe a film about menstruation just won an Oscar!” The film addresses the stigma attached to menstruation in a rural village in India which prevents young women from attending school, worshipping in temples and their inability to get sanitary products. 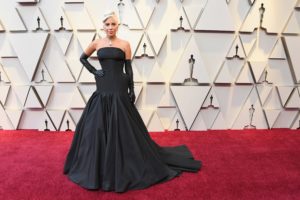 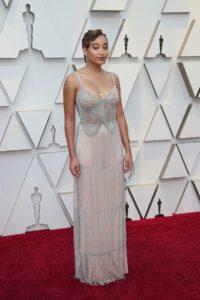 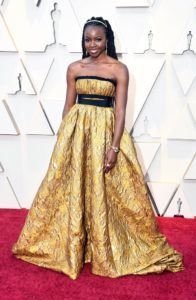 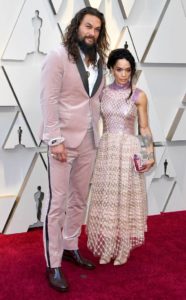 And best dressed couple goes to Jason Momoa and Lisa Bonet – we love Jason Momoa’s matching scrunchie on his right wrist! And we especially love Jason’s Instagram post of “Me and My QUEENS” with his wife and co-star Emilia Clarke backstage at the Oscars:

Me and my QUEENS 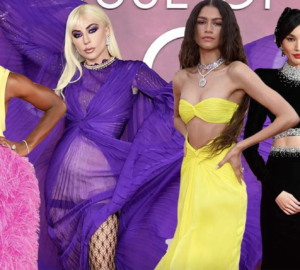