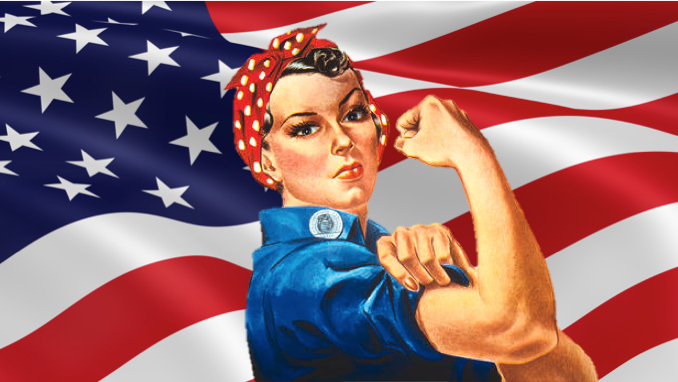 Women have never been more numerous or powerful in our government.  In honor of National Women’s History Month, we decided to take a look at some of the notable women who have and are continuing to make an impact in our government.

Ruth Bader Ginsburg has been a Supreme Court Justice for 26 years and received her famous moniker “The Notorious RBG” in 2013, cementing her status as a pop culture icon. This year the women’s rights activist was the subject of not only the Oscar nominated documentary “RBG,” but also the mainstream Hollywood film “On the Basis of Sex” with Felicity Jones playing Ginsburg when she was a young lawyer arguing her first case before the Supreme Court about equal rights for men and women.

The 85* year-old’s workouts while wearing her “Super Diva” sweatshirt is the stuff of legend, even her trainer has become famous! Kate McKinnon impersonates her on NBC’s “Saturday Night Live,” with skits that regularly center around the idea that Ginsburg is the holy grail of the Supreme Court. When Ginsburg fell and broke a few ribs in late 2018, and later had cancer removed from her lungs, the country collectively offered to donate body parts to keep her well. 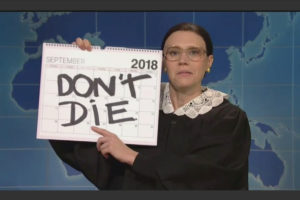 There are endless products adorned with RBG’s image, from lip gloss, to coffee mugs, bags, t-shirts and Halloween costumes with her famous collars for both kids and adults. Despite her diminutive size, at 5’ 1” there is no stronger idol for women’s empowerment in our country than Ruth Bader Ginsburg. 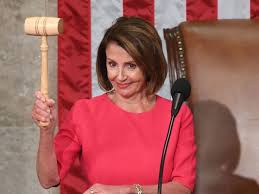 Nancy Pelosi is the highest-ranking elected woman in U.S. history. After becoming the first and only woman to serve as Speaker of the House from January 2007 to January 2011, she took back the Speakership in January 2019 and hasn’t looked back! Pelosi proved herself to be the ultimate politician when she outplayed President Trump on the shutdown – she got him to take responsibility for it, then blocked him from presenting his State of the Union address, and then got him to end the shutdown without any money for the wall. Pelosi later received a lot of attention on social media for her facial expressions and applause during Trump’s eventual State of the Union address. Like RBG, Pelosi is also impersonated regularly on “Saturday Night Live” by Kate McKinnon, the latest skits poking fun at her outmaneuvering Trump. Her latest initiative was dismantling Trump’s declaration of national emergency to get funding for the border wall. Pelosi was recently the recipient of a “VH-1 Trailblazer Honor,” alongside director Ava DuVernay, #MeToo founder Tarana Burke and author Margaret Atwood. The award ceremony will air March 8, on National Women’s Day, at 9 p.m. ET/PT on VH1 and Logo. She was featured on the March cover of Rolling Stone magazine along with Alexandria Ocasio-Cortez, Ilhan Omar and Jahana Hayes entitled “Women Shaping the Future,” an undeniable pop culture milestone. You can access links to her and the other women’s interviews in our Recommended section. 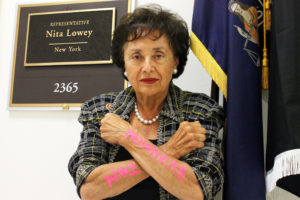 After three decades in Congress, Lowey (D, NY) became the first female Chairwoman of the House Appropriations Committee, responsible for the spending for our country. In one of her first tasks, Lowey had the herculean feat of securing a compromise over funding for the border wall and immigrant detentions. Lowey and Speaker Nancy Pelosi are close colleagues having come up the ranks in Congress together. Throughout the wall negotiations, Lowey told The New York Times that she had been in close communication with Pelosi. “She has confidence that I made the right decision,” Ms. Lowey told reporters. 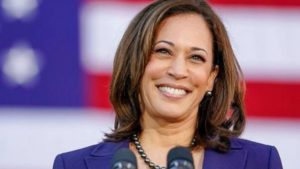 The U.S. senator from California is a leading contender in the crowded Democratic 2020 race and even President Trump has acknowledged her appeal. Trump told The New York Times that he was most impressed with Harris’s 2020 campaign rollout which saw an estimated 20,000 attending her event in Oakland saying, “I would say, the best opening so far would be Kamala Harris….A better crowd – better crowd, better enthusiasm.” Of course being a successful President requires more than a large crowd size, but it is an indication of her momentum. Harris has also differentiated herself from the socialist leaning Democratic candidates saying that she is a capitalist and that we do need border security, although she disagrees with Trump’s policies. But she does support, and has co-sponsored, the Medicare for All bill with another Democratic 2020 Presidential hopeful, the socialist leaning Bernie Sanders. 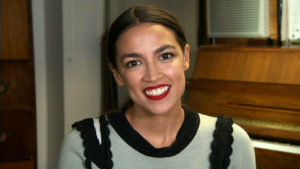 No one has gotten more media attention than this freshman Congresswoman and former activist from NY, the youngest woman ever elected to Congress at 29 years old. Her campaign was followed for the documentary “Knock Down the House,” and she is famous for slamming Republicans on Twitter, much to her 3.2 million followers and liberal media’s delight. AOC, as she is known, introduced the controversial non-binding Green New Deal resolution, and while she still has a learning curve on some issues, the polarizing politician clearly isn’t afraid to speak her mind. AOC has received a lot of the blame for Amazon cancelling plans to build a headquarters in Long Island City, both from within the Democratic party and with conservatives who even put up a billboard in Times Square criticizing her. She has also suffered negative press for choosing a luxury building for her home in D.C which does not offer affordable units, an issue she campaigned on. Yet she got praise for her focused questions to Michael Cohen during his Congressional hearings, which could lay the groundwork for future investigations into Trump’s tax reports. She also made it to the cover of Rolling Stone magazine along with Nancy Pelosi, Ilhan Omar and Jahana Hayes entitled “Women Shaping the Future,” an undeniable pop culture milestone. You can access links to her and the other women’s interviews in our Recommended section. 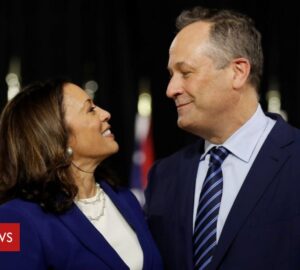