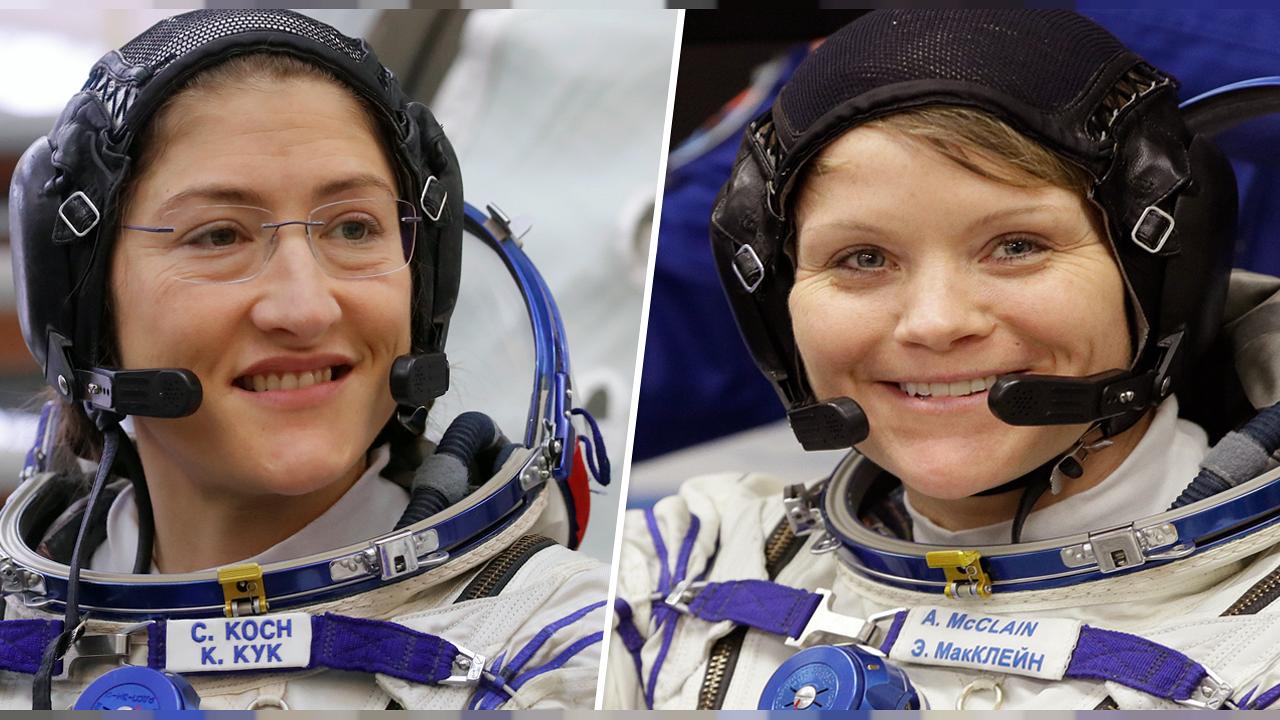 It was the historic milestone that wasn’t. For the first time in history, two NASA astronauts were scheduled for the first only female space walk. With great fanfare, NASA had made the announcement in early March that Anne McClain and Christina Koch would perform the spacewalk called Expedition 59 on March 29th, from the International Space Station.

Not only were the two supposed spacewalkers female, but the head flight director, Mary Lawrence, and the lead EVA flight controller, Jackie Kagey, are also female. But alas it was not to be, not because the women weren’t qualified, but because NASA didn’t have two size medium space suits to accommodate the two women. With only one medium available, Koch, who had not yet walked, instead made the journey with astronaut Nick Hague, who had also recently conducted a spacewalk with McClain on March 22nd.

Of course the media and women around the country had a field day with this obvious gender bias issue. Hillary Clinton succincinctly tweeted, “Make another suit.”

Of the roughly 500 people who have traveled to space, less than 11% have been women. All spacewalks have either consisted of solely men, or a combination of men and women. An all female spacewalk has been very long overdue. Both McClain and Koch were members of the 2013 astronaut class, which was 50% women. McClain is a member of the Expedition 58 crew. Koch is supposed to serve as a flight engineer for both Expedition 59 and 60. The purpose of the mission was to replace batteries previously installed. Hopefully, NASA funding will go towards making greater quantities of space suits that will accommodate women for the future. 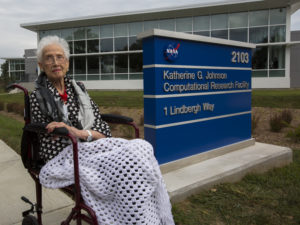 The newly named Katherine Johnson Independent Verification and Validation Facility has been receiving lots of attention.  This NASA facility in Fairmont, West Virginia has been named after Katherine Johnson and is in honor of the “hidden figure” played by actress Taraji P. Henson in the film Hidden Figures.  The film brought to the public in 2016 celebrated powerful women of color who contributed to the pioneer space travel at NASA during the 1960s.  Katherine Johnson is one of these many powerful women. Johnson was a talented mathematician who worked like a “computer.” She worked as a person who computes.  The talented mathematician made necessary calculations that helped synch Project Apollo’s Lunar Lander with the moon orbiting command. Johnson also worked on the Space Shuttle.  The center named after Katherine Johnson assures the safety and success of software on NASA’s top missions. After Johnson worked for NASA for over three decades, she retired in 1986.  Finally, in 2015 she was awarded America’s highest civilian honor by none other than President Barack Obama.  Katherine Johnson contributed significantly to the success of NASA and has influenced many women to this day.