Emilia Clarke switches gears from Game of Thrones and stars in this rom-com based in London alongside Emma Thompson, Henry Golding, and Michelle Yeoh. Release Date: November 8th, 2019. 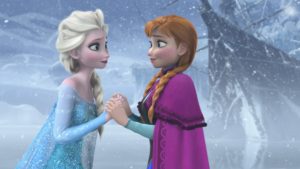 Idina Menzel is back as Elsa and Kristen Bell is Anna, but this sequel is apparently a darker story than the original. Written and directed by Jennifer Lee. Release date: November 22.

This buzzworthy film written by Lena Waithe is the story of a black man and black woman who are on a first date and are pulled over by a cop who they kill in self-defense. Melina Matsoukas who has been a director for Beyoncé videos, directs the film. Release date: November 27.