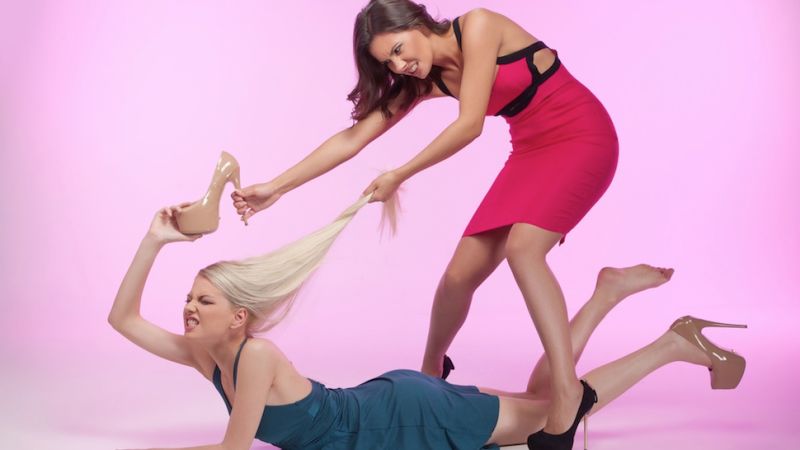 There’s a shortage of women reaching upper levels of management. In some industries, there’s a shortage of women at all levels. In these industries in particular it can be hard not to see other women as your competition. In a sea of men, you may be one of a few women. In a way, being female differentiates you. Maybe you have comfort in knowing you’re the only woman and you’re automatically set apart. When another woman joins the team, you may feel that her success threatens yours. The scarcity mindset takes over, like there can only be one successful woman and it has to be you.

I compare this to a game of musical chairs. Everyone is dancing around the chairs, and when the music stops, you all rush to make sure you get a seat. It’s hard not to fall into the trap of playing musical chairs with our fellow women. But instead, women should be each other’s biggest supporters, not competitors. There is no shortage of seats at the table, and another woman’s success doesn’t mean that there won’t be a seat for you.

I work in sales at a technology startup. There are very few women who sell the niche type of technology that we sell. My company does a great job of hiring women, but the percentage of women in this field is still significantly lower than that of men. Since we’re the minority, it would probably be unsurprising if we were catty, tried to one-up each other, and talked about one another behind each other’s backs. But that’s not the case. We are each other’s biggest cheerleaders. I know that the other saleswoman will champion me when I’m not in the room, give me candid advice, and serve as my sounding boards. Sure, sales is a competitive field, but we’re still a team. We believe in the phrase “lift while rising,” meaning bring others with you on your path to success.

If one of the women on my team is successful, it doesn’t make me look bad, it makes her look good! In our organization, everyone is treated as an individual. There’s not a top saleswoman and a top salesman. There are top salespeople. I would actually guess that people think about how all of the women on the team are crushing it, now how woman A is so much better than woman B. They know that the women are an unstoppable, driven, intelligent force.

When a woman is successful, people listen to her voice. These women have the power to pull up chairs for others.

What is pulling up a chair really about? Giving another person a platform to speak, a voice, or a sense of security. You’re showing them that you have their back. One of the women I interviewed, Sara, told me that she and one of her female colleagues echoed each other’s statements. They were the only two women of power present at meetings of only men. Too often, women will say something in a meeting, only to have their statement be ignored. Later that very same meeting, a man will say the same thing and the “good idea” will get credited to him.

To avoid this common occurrence, after Sara would make a suggestion, her partner in crime would say “before we move on, I want to acknowledge Sara’s idea of XYZ.” She would paraphrase Sara’s idea, so that she would not be overlooked. Sara would also get the credit for her idea. The two women did this for each other for years. This is one way to ensure that a woman’s voice is heard. Being this partner in crime is a form of pulling up a seat for others.

There isn’t a limit on the number of chairs available. It’s too easy to fall into the scarcity mindset that if there’s a chair for someone else, it means there’s one fewer left for you. Shut that voice down. Men don’t worry about not being successful because the quota of successful men at one company has already been reached. Women certainly shouldn’t spend energy playing against each other, we have a tough enough battle when we band together.

Mae Krier was just 17 years old during the  Pearl Harbor bombing. Being one of World War II’s “Rosie the Riveters”, Krier was one of many women who helped the homefront by working jobs on assembly lines while men went off to war. Krier is now 94 years old and working hard to continue where she left off during the 1900s, continuing her legacy in new ways.

The coronavirus pandemic has created new demands, and Krier has stepped up to the challenge, offering aid by making protective masks for those in need. People from all across the country have seeked protection by using the hundreds of masks Mae has made so far.

Krier without a doubt continues to maintain her selfless disposition, even 75 years later. “When I make these bandanas, I make them with good feeling,” Krier told ABC News. “If just one of these little face masks can save one life, I’ve done my job.”

Krier has taken on another mission throughout the pandemic and wants her fellow Riveters to receive the recognition they deserve. “We’re working really hard to get the Congressional Gold Medal,” she said. “The House has passed it but we’re having a hard time with the Senate.”

She will not let anything deter her and believes that the United States will persevere through these challenging times and prevail strong and united.

“People are great. They’ll do what has to be done,” she said. “When World War II was declared, every man, woman and child just dropped everything and did what it took to save our country. It wasn’t my job or your job; it was our job.”

Krier leaves the American people with the same message that motivated our country during the time of World War II: “We can do it!”

What Are the Best Face Masks to Use?

Duke University has recently conducted a study which revealed that different types of mask ensure varying protection against the spread of the deadly COVID-19.

Though wearing a mask is one of  the most effective methods of limiting the transmission of the Coronavirus, some masks do a much better job of filtering virulent particles than others.

Researchers in the Duke Department of Physics used a laser beam in a dark box to unveil otherwise hidden respiratory droplets as they passed through the light. The speaker would say a phrase through a hole in the box, in which an iPhone camera recorded the droplets from the other side.

14 common face coverings were tested and analyzed, frame by frame, as a computer program detects the amount of particles visible.

The neck gaiter, made of polyester spandex material, did quite the opposite of what it’s supposed to do, essentially creating more particles than if they had spoken with no covering at all.

Dr. Martin Fischer, chemist, physicist and author of this study, said: “We attribute this to … the textile breaking up those big particles into many little particles,” “They tend to hang around longer in the air, they can get carried away easier in the air, so this might actually be counterproductive to wear such a mask.”

A bandana tied to cover the nose and mouth offered a miniscule amount more protection than not wearing a mask at all.

Though the N-95 mask is proven to be most effective, it is crucial that we reserve their usage for healthcare workers, as there is a minimal supply.

A disposable surgical mask made from polypropylene, is runner-up, at second best protector, followed by a mask derived from two layers of cotton and one layer of synthetic material. An additional study which followed a similar testing process revealed that 2-3 layers of fabric are needed in order to make a protective cloth mask.

Masks made from solely cotton fabric and knit t-shirts performed adequately and similarly. Further evidence suggests that cloth provides protection for both the wearer and those surrounding them.

Though it may be surprising to some, N95 respirators with exhalation valves did not perform as well as expected. The CDC actually doesn’t recommend wearing these, as they may allow unfiltered exhaled air to be released, thus contaminating others.

The takeaway from this article is that people should generally try to wear surgical masks or thick cotton masks with numerous layers.

Though it’s important that we all wear masks amidst the pandemic, we should try to wear masks that actually do their job.

Fischer explained, “More research needs to be done that addresses variations in masks, speakers and how people wear them.”

Art and statues in our country have long existed, portraying the social and political icons who have helped frame our country. Oftentimes, the most influential and courageous people are not recognized, such as women, and the new statue of three suffragists seeks to change this, celebrating the fight for gender equality within our nation.

According to the Smithsonian American Art Museum’s Art Inventories Catalog in 2011, only 7% of nearly 5,200 public outdoor statues across the country represent women. This means that 93% of the current statues in this country are solely representing and praising men.

Central Park announced in August of 2020  that they will be displaying a sculpture of a female figure. Though being established in the 1840’s, it has taken a long time for this popular tourist destination to portray a female figure. The sculpture being unveiled is of Susan B. Anthony, Sojourner Truth and Elizabeth Cady Stanton. All three of these women were female rights activists who played a very crucial role in the Women’s suffrage movement.

Central Park decided to make these sculptures to commemorate the 100th anniversary of a constitutional amendment that granted women the right to vote. The sculpture represents the three women gathered around discussing something in a meeting; Anthony stands in the middle holding a sign saying “Votes for Women,” Stanton is next to her and holding a pen, and Truth is on the verge of speaking. The artist of this sculpture, Meredith Bergmann, is trying to demonstrate that these women could not have ignited change within our country without working together.

Once Bergmann’s designs were approved by the Public Design Commission, they initially wanted the sculpture to focus solely on Anthony and Stanton. Although women were finally being represented in Central Park’s sculpture, the lack of representation of a black woman who was just as involved in the Women’s Suffrage movement was unfair and rightfully fixed.

According to the article, “Monumental Women shifted gears and decided to include a third figure — Truth, the African-American abolitionist and suffragist. The commission approved the new design in October, giving Ms. Bergmann less than a year to create the reimagined sculpture,”.

As a result of this, the statue now represents three of the world’s most influential women. Now, when people travel to New York and walk around the beautiful Central Park, they will acknowledge and hopefully admire these powerful suffragists who changed our world for the better. 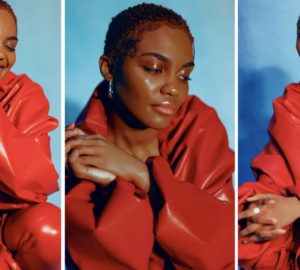