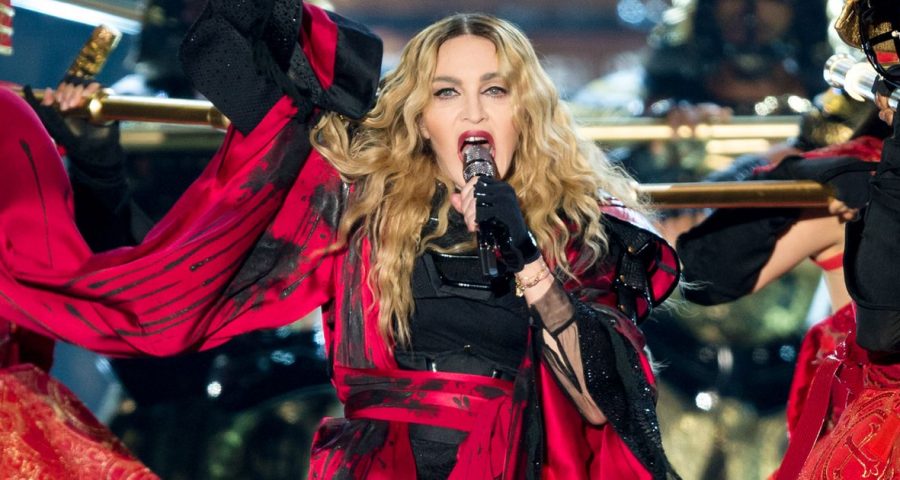 Madonna is set to perform for the grand finale at this year’s Eurovision song contest hosted in Tel Aviv, Israel on May 18th. The show will be hosted by Bar Refaeli, Erez Tal, Assi Azar and Lucy Ayoub. She will be performing in front of upwards of 150 million viewers and will sing two songs, her famous “Like A Prayer” and one from her new album, Madame X. Famed fashion designer and longtime Madonna collaborator Jean Paul Gaultier will be dressing Madonna for her performance. Gal Gadot will also appear on the show.

The decision to host the contest in Israel has led to some controversy as Palestinian organization and action groups call for a boycott. Along with them, Pink Floyd’s Roger Waters, electric pioneer Brian Eno, and movie directors such as Ken Loach and Mike Leigh have called for a boycott. In September of 2018, the group of artists wrote in a letter to The Guardian, “We, the undersigned artists from Europe and beyond, support the heartfelt appeal from Palestinian artists to boycott the Eurovision Song Contest 2019 hosted by Israel. “Until Palestinians can enjoy freedom, justice and equal rights, there should be no business-as-usual with the state that is denying them their basic rights.”

The non-profit organization Creative Community for Peace (CCFP) released a letter in response to those calling for a boycott. Signed by more than one hundred members of the entertainment industry including Stephen Fry, Sharon Osbourne, Marina Abramović, Scooter Braun, Gene Simmons of the band Kiss, comedian Al Murray, Countdown co-presenter Rachel Riley, singer/songwriter Conchita, and AKA Maria Concepción Mendívil among others, the letter says that Eurovision’s “spirit of togetherness is under attack by those calling to boycott Eurovision 2019 because it is being held in Israel, subverting the spirit of the contest and turning it from a tool of unity into a weapon of division.”  Furthermore, it states, “We believe the cultural boycott movement is an affront to both Palestinians and Israelis who are working to advance peace through compromise, exchange, and mutual recognition. While we all may have differing opinions on the Israeli-Palestinian conflict and the best path to peace, we all agree that a cultural boycott is not the answer.”

This will be the fourth time that Madonna is performing in Israel. Her performance is set to be “both historical and hysterical”. Israeli newspaper Haaretz stated that Madonna is expected to bring her 160-person entourage, and her performance is expected to cost around $1 million. To pay for this performance, Madonna will be receiving the $1 million from businessman and Israeli-Canadian-Jewish billionaire Sylvan Adams. You can watch the contest live via this link, https://www.youtube.com/user/eurovision , on May 18th. 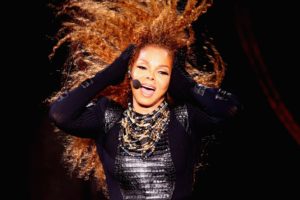 Janet Jackson will begin her Las Vegas residency “Metamorphosis” at Park MGM’s Park Theater on May 17 which will run until August. The show’s title references Jackson’s evolution from a young, insecure girl to the self-empowered woman she is today. A released statement said the thought-provoking show depicts Jackson’s “path to self-love, empowerment, motherhood and activism, amidst the challenges she faced along her personal journey. She encourages her audiences to find their own light within themselves through her Metamorphosis.” The release also promises “electrifying visuals, explosive dance numbers, chart-topping hits and fan favorite deep cuts,” which Jackson fans have come to expect from the veteran performer.

Jackson noted on her Instagram that it is the 30th anniversary of her “Rhythm Nation” album. In addition to releasing her first music in three years last summer, “Made For Now,” Jackson was inducted into the Rock and Roll Hall of Fame in this year’s ceremony along with fellow superstar Stevie Nicks. Jackson was also awarded the Global Icon award at the MTV European Music Awards where she gave an impassioned speech about women’s rights and empowerment. “Tonight I feel moved to speak for women whose voices have been stifled,” she said. “I am one of those women. Women who have been gagged, both literally and emotionally. Women who have been abused. Women who have been intimidated. Women who have lived in fear. I stand with you. You are my sisters.” She added, “Tonight, I carry the hope that a new world is emerging. A world in which caring people, male as well as female, will no longer tolerate gender inequality. Women, our voices will be heard.”