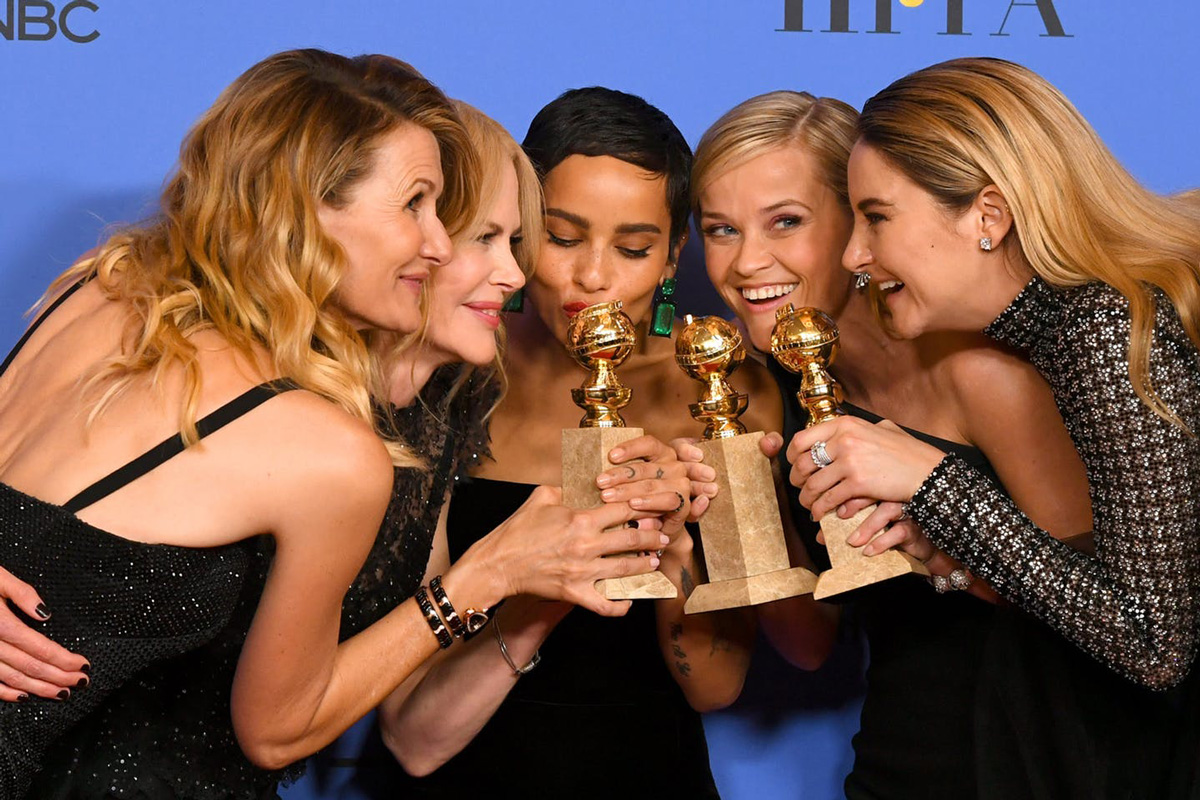 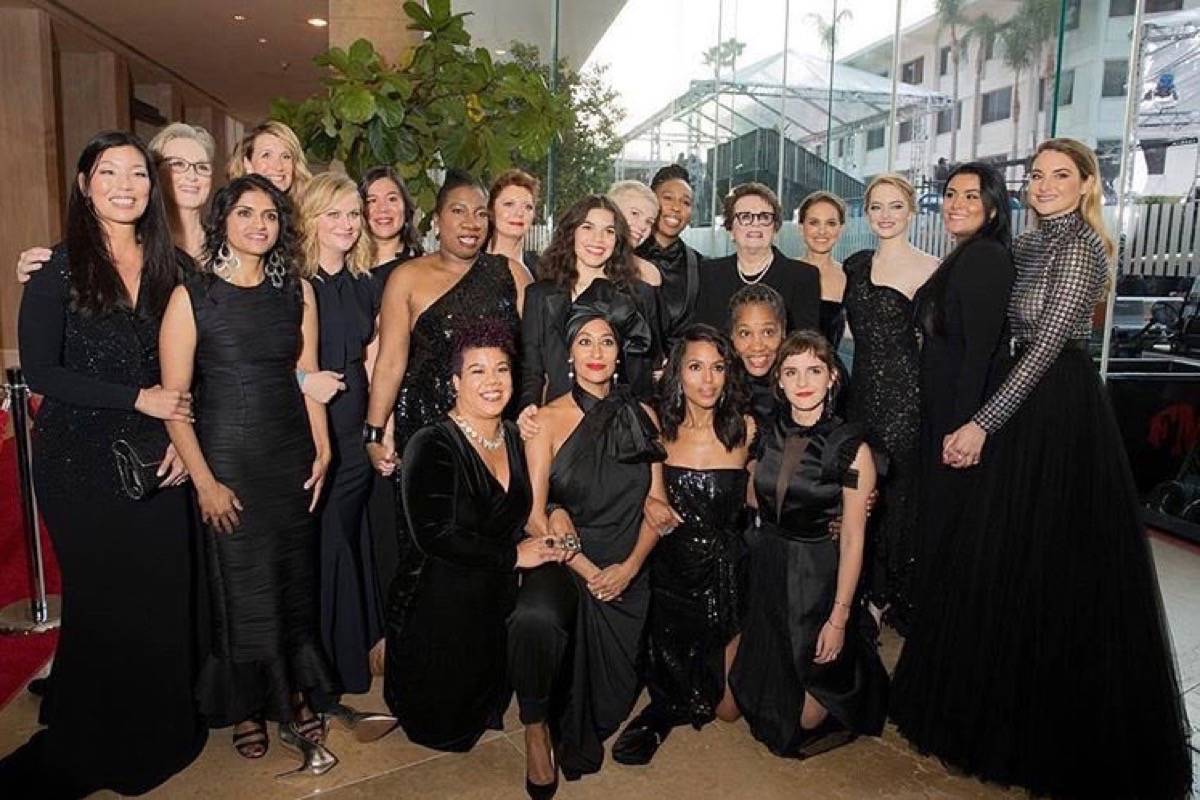 Hollywood Activism At the Golden Globes

The Golden Globes are traditionally the carefree party event of the Hollywood awards season. This year was different, with the women of Hollywood’s urgent message that Time’s Up on gender inequality and sexual harassment that seemed to pervade the entire industry. Gone were the colorful designer gowns and superficial red carpet talk and instead we saw powerful women demanding respect and serious discussion. The attendees all wore black to show solidarity for this new awakening. An extensive list of actresses brought professional advocates as dates, including Tarana Burke, the founder of the #MeToo movement and Billie Jean King who has used her celebrity to advocate for equal pay and gender equality for decades. Meryl Streep, Shailene Woodley, Emma Stone, Emma Watson, Reese Witherspoon, Susan Sarandon, Laura Dern, Michelle Williams, Amy Poehler and more used their media time to speak out for equal pay and give their platform over to the professional advocates to generate further awareness and lasting change. Oprah, who was awarded the prestigious Cecil B. DeMille award, used her acceptance speech to shed light on injustices and the need to make changes for gender and race equality. The messages of the night were a welcome break from tradition, and a powerful start to the ongoing evolution for gender equality. Here is a look at some of the activists in attendance. 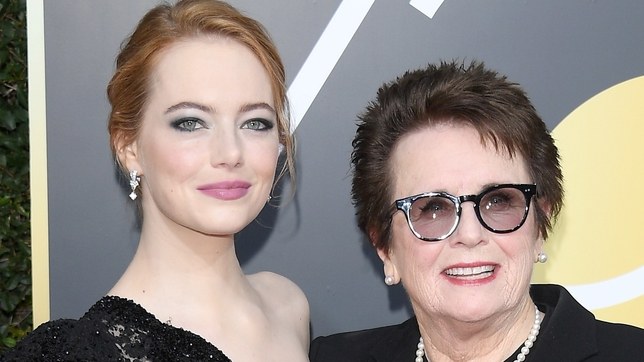 By Sammie Roskind and Jesse Curry

During a time when women were perceived to be inferior to men, an incredible athlete was able to change people’s views on women’s tennis and professional sports in general. Billie Jean King was not only one of the best women’s tennis players to ever live but also knocked down many gender barriers with her persistence, skill, and motivation. She is known for her match against top men’s player Bobby Riggs, which became the most watched sporting event in history, and was depicted in the movie “Battle of the Sexes” with actress Emma Stone playing King.

Billie Jean Moffitt was born in 1943 in Long Beach, California. The Moffitts were an athletic family. King’s first sport was softball and at the age of ten she won the city championship for girls 14 and 15. Her parents suggested that she should try a more “ladylike” sport, so King began to play tennis at the Long Beach public tennis courts. By 1967 Billie Jean King became a top-ranked women’s tennis player. She was the first female athlete to earn more than $100,000 in prize money in a single season. Her extraordinary accomplishments include winning 39 Grand Slam career titles. Even after her retirement, King spoke up for women’s rights and was honored by multiple organizations. In 2009, King earned the Presidential Medal of Freedom. 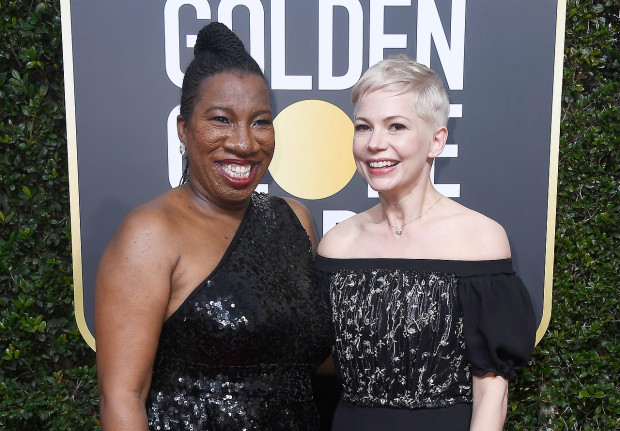 When Rose McGowan went public with her story about Harvey Weinstein sexually assaulting her, her former Charmed co-star, Alyssa Milano suggested on Twitter that every woman who had ever experienced sexual assault should send out the message #MeToo to show the world how big the issue is in our society. Milano wrote:

“Me too. Suggested by a friend – ‘If all the women who have been sexually harassed or assaulted wrote ‘Me Too.’ as a status, we might give people a sense of the magnitude of the problem.’”

The message went viral on all social platforms and soon there were were over 12 million posts shared on Facebook alone. Milano, who didn’t initially know Tarana Burke, discovered that she was the creator of the Me too statement, and promptly introduced the media and world to the originator of the #MeToo movement, thrusting Ms. Burke onto the world stage as well as her new organization, Girls for Gender Equity in Brooklyn.

Over the next few months, Ms. Burke spread her mission in the media worldwide, and was featured in Time magazine’s Person of the Year issue entitled “The Silence Breakers” along with other activists and famous women including Ashley Judd, Taylor Swift, Selma Blair, Megan Kelly, Rose McGowan and Alyssa Milano.

Then came the Golden Globes where a number of actresses wanted to use the red carpet as a platform to promote gender equality with real activists spreading the message. Ms. Burke accompanied Michelle Williams along with seven other activists and their hosts. In addition to promoting the Time’s Up movement, their attendance was proof of the power of women supporting one another and the success that comes from working together. 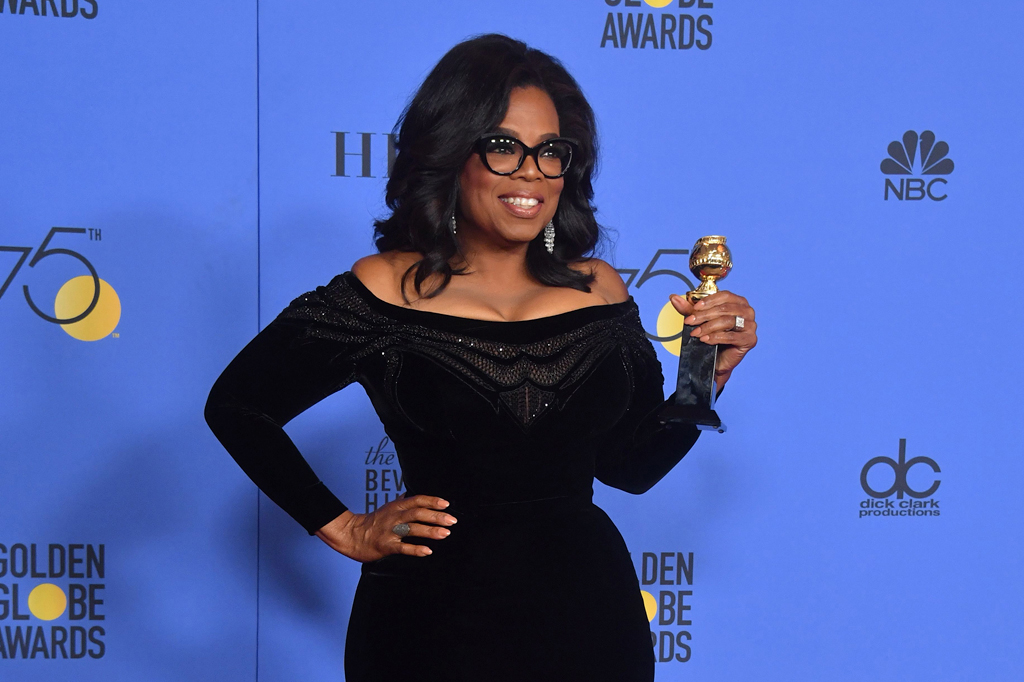 By Alik Shehadeh and Anna Owens

Ever since the start of her talk show, Oprah has been inspiring people all over the world. She grew up in a small town in Mississippi before she started her own talk show, followed by her very own television channel. Although she is widely known for her talk show, she also created a book club, magazine, and is the richest African American in the twentieth century. Throughout this all, Oprah is beloved for her constant philanthropy works and continues to use her fame to fight against social injustices. With her recent speech accepting the Cecil B. DeMille award at the Golden Globes, she spoke about one of the most prevalent topics in today’s society: the #Me Too movement. In her speech, she spoke about her past, as she grew up with little means and struggled to follow her dreams and ambitions despite social restrictions. She spoke about Recy Taylor, a young African American woman who was raped by six white men on her way home from church. The men who hurt her were never persecuted or held accountable for their actions. Oprah’s point in telling this powerful story was to bring attention to our society, as she put it, a “…culture broken by brutally powerful men”. She goes on to say that the era of men is at an end, that “their time is up.” Her speech had the audience on its feet, as people marveled once again at her insight and strength to say something that no one has said before. Oprah should be viewed as an inspiration to all and it is not only her words but her actions that set the stage for a brighter future for women’s rights.

Here is a link to Oprah’s speech:
https://www.youtube.com/watch?v=fN5HV79_8B8