Many have noted that the music industry has been largely silent about the #MeToo and Times Up movements. There was a lot of press and social media conversation wondering what, if anything, would be done during the Grammy Awards. When there was no formal conversation or announcement, a group of women in the music industry decided to take matters into their own hands. They organized a dinner the week before the Grammys to brainstorm ways to incorporate the Times Up movement into their industry and at the Grammys. Marketer Meg Harkins and promoter Karen Rait came up with the idea for attendees to wear a white rose to symbolize hope, peace, sympathy and resistance. The women then sent out a mass email leading hundreds of artists, producers and songwriters to wear white roses supporting the Times Up cause, including host James Corden.

Janelle Monáe, who is a part of both the Hollywood and music communities, directly addressed the #MeToo and Times Up movements during a powerful speech at the Grammy ceremony, saying “we come in peace, but we mean business.” Her whole speech is below:
https://www.nytimes.com/2018/01/28/arts/music/janelle-monae-kesha-grammy-awards-metoo.html

Monáe then introduced Kesha who brought the audience to tears with her powerful and emotional performance of her hit song “Praying” along with Cyndi Lauper, Camila Cabello, Andrea Day, Julia Michaels, Bebe Rexha and the Resistance Revival Chorus. Kesha wrote the song about her own alleged sexual harasser, producer Dr. Luke, and the performance was a painful reminder to all of the devastation behind the #MeToo movement and what the Times Up initiative is fighting for. You can see the performance here:
https://www.rollingstone.com/music/news/grammys-2018-watch-keshas-emotional-star-studded-delivery-of-praying-w515936 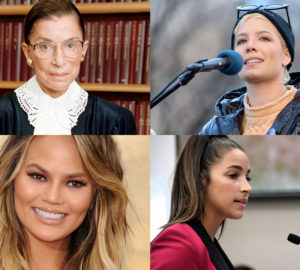 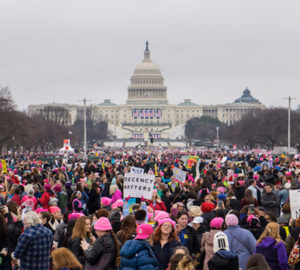