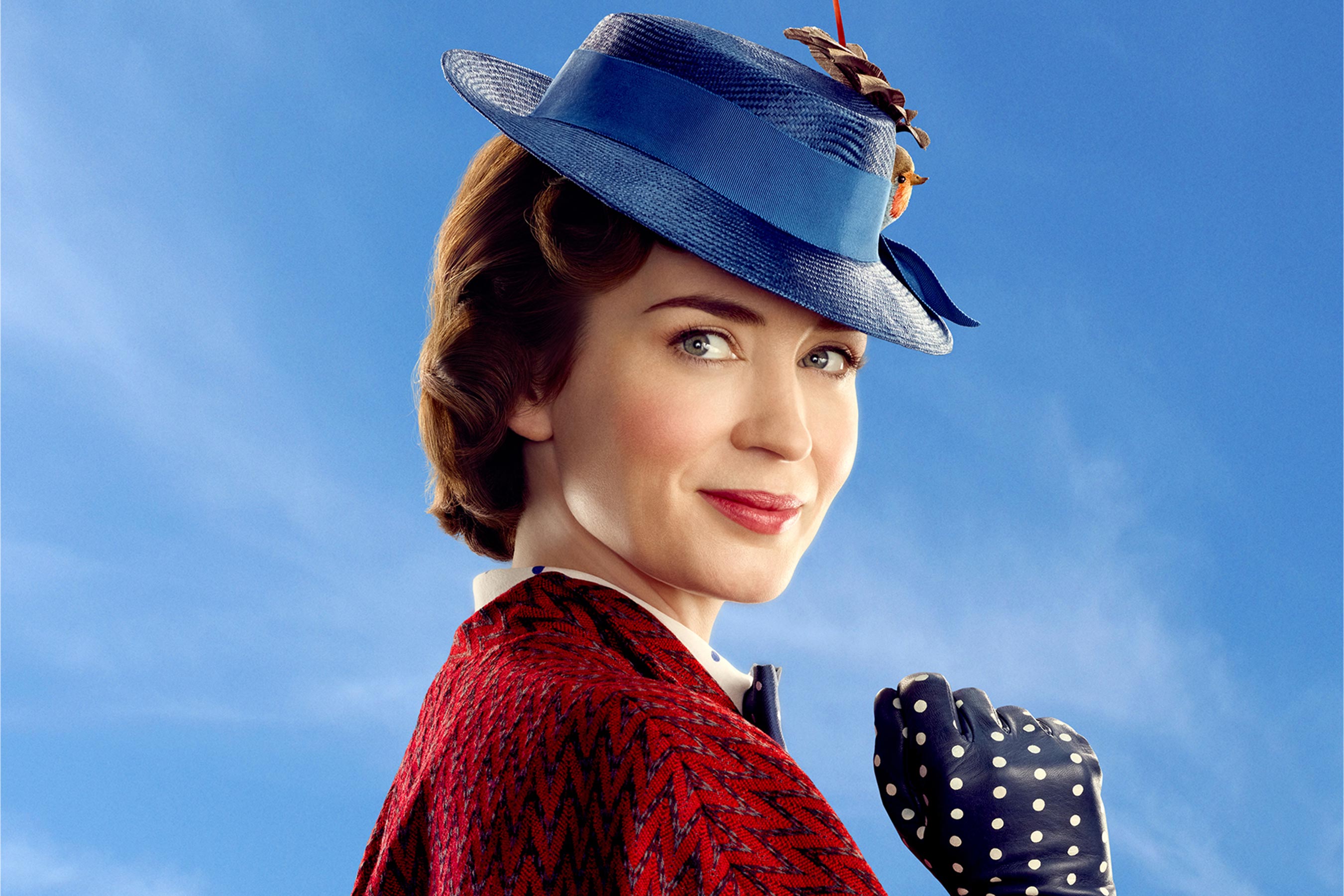 Mary Poppins (Emily Blunt) in Disney's original musical MARY POPPINS RETURNS, a sequel to the 1964 MARY POPPINS which takes audiences on an entirely new adventure with the practically perfect nanny and the Banks family.

If early reviews are any indication, Emily Blunt’s considerable risk taking on the iconic role of Mary Poppins has paid off! She was already nominated for a Golden Globe for “Best Actress in a Motion picture, Musical or Comedy for the role, and the movie itself was also nominated for a Golden Globe in the “Best Motion Picture, Musical or Comedy” category.

The English-American actress, who audiences first fell in love with in her pitch-perfect performance in The Devil Wears Prada, has continued to enchant audiences with her diverse roles that span every genre from comedy, science fiction, action, mystery and horror. Her previous foray into musical film, Into The Woods, exposed her singing and dancing abilities. But following in the footsteps of the formidable Julie Andrews to play Mary Poppins was a whole other challenge, one the actress says she didn’t hesitate to accept. Blunt told Vogue Magazine that it was only when her friend said, “Oof, you’ve got balls of steel!” that she realized the pressure of playing the role, “And then I remember a feeling of slight panic creeping in,” she admits.

Blunt tells Vogue that she chose not to rewatch the original Mary Poppins so as not to let Julie Andrews’ version of the character influence her style or intimidate her. Instead she read the children’s book series that the original movie was based on. Blunt said that she sees Mary Poppins as a superhero. “You could say she’s some sort of angel,” Blunt explains. “She recognizes what people need, and she gives it to them. Yet they discover something about themselves in the process.”

Blunt hopes that this movie brings happiness and light to audiences. She told Vogue that she and her high profile co-stars including Lin Manuel Miranda and Meryl Streep all felt an extra sense of importance to recreate this joyful film in light of the difficult times around the world. “It took on a new poignancy because of how volatile the times felt,” she says. “I remember Meryl commenting on that, saying that coming in to work took on much more depth once things really started becoming more incendiary out there.”

But Blunt does more than just create happy films to make the world a better place. The actress, along with her husband actor John Krasinski are active fundraisers and promoters of the Malala Fund, the nonprofit founded by Malala Yousafzai to give girls around the world 12 years of free, safe, quality education. Blunt and Krasinski have two daughters and are passionate about women’s issues. Blunt has also commented on the importance of the #MeToo and Time’s Up movements. She told Variety that she does see some changes taking place in Hollywood. Blunt said, “When it comes to your contract we’re fighting for everything our male co-stars are being afforded. That comes with pay, with flights, with accommodation. We are now all feeling we’ve been given the opportunity to not shy away from the importance of being ambitious. To reclaim that word as a positive for women is important because it’s been used as a cloying, unpleasant term. It’s seen as a powerful thing with men, but it’s frowned upon with women. You can be aggressive in making a good deal for yourself without being labeled difficult.” 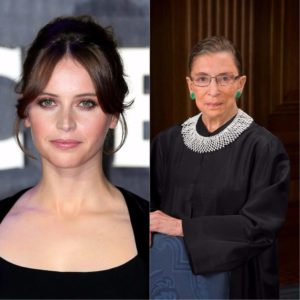 She is quite famous for her collars and brooches and intense workout routine that fazes people who are even a quarter of her age. Supreme Court Justice Ruth Bader Ginsburg has been a staple on the court since she was appointed by President Bill Clinton in 1993. Ginsburg is the second female to be confirmed to the Court, with Justice Sandra Day O’Connor being appointed in 1981. Throughout her career, Ginsburg has had many historic accomplishments in a field, and a world, that still exhibits sexism towards females, all of which is depicted in the upcoming movie On the Basis of Sex.

Ruth Bader was born in Brooklyn, New York in 1933. She enrolled as an undergraduate student at Cornell University where she earned a bachelor’s degree in government. She married Martin Ginsburg, whom she met at Cornell, in 1954 and became Ruth Bader Ginsburg. After college, Ginsburg attended Harvard Law School where she was one of nine female students out of a class of 509. While at Harvard Law School, she was on the Law Review. When Ginsburg’s husband took a job in New York City she transferred to Columbia Law School where she was also on the law review; this made Ginsburg the first woman to serve on two major university law reviews.

On the Basis of Sex stars Academy-Award Nominated actress Felicity Jones (Jane Hawking in The Theory of Everything) as Ruth Bader Ginsburg. The story centers on Ginsburg and her husband arguing the 1972 case Moritz v Commissioner of Internal Revenue in front of the US Court of Appeals. Although Ginsburg did the case pro bono, she paid it forward for women everywhere to be seen as strong and ready to make it far in whatever career they choose.

On the Basis of Sex comes out nationwide on December 25th, 2018. 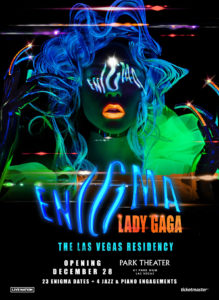 On December 28th, Lady Gaga will begin a Las Vegas residency that will feature two different and unique shows at the Park Theater, Park MGM. Her first show is called The Enigma, and there will be 23 dates. The Enigma will feature her pop hits, but the show will be a brand new experience for the audience. The second show, The Jazz and Piano Engagements, will have four dates. This show will feature stripped-down versions of her hits and music from the Great American Songbook. Tickets are on sale now for $77.90, and there are a limited number of VIP packages and meet and greets. The shows will run from December 28, 2018, to November 8, 2019.

The complete list of dates of the shows are: 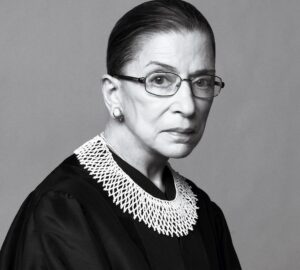