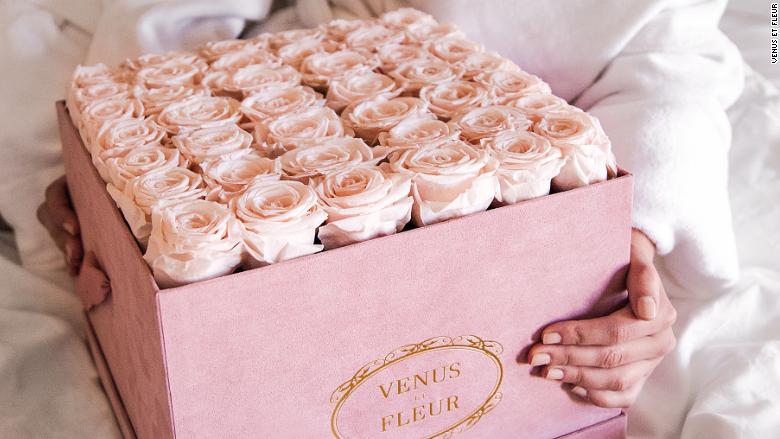 Esther Howland, the creator of the modern Valentine’s Day card, is one of America’s first female entrepreneurs who became a millionaire despite living during the 19th century when women had limited opportunities. 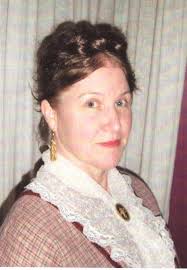 Howland was one of the first generation of women to graduate from Mount Holyoke college and came from a feminist family as her mother, who wrote the New England Economical Housekeeper, a popular home accounting book in 1845, was among the first published women in America.

While Valentines were popular in the mid 1840’s and were mostly imported from Europe, Howland created a handmade Valentine’s Day card business in 1848 from her home in Massachusetts, employing local women who would recreate Howland’s designs, each performing their specific job from cutting out lace, pasting decorations, to creating messages for the cards. It is said that Howland was actually the original creator of the “assembly line” business model that was later employed by and credited to Henry Ford. Though the cards were more affordable than those from Europe, her prices ranged from five cents to a dollar to up to fifty dollars for her more elaborate cards which could include hidden doors and envelopes for secret messages or even engagement rings. Howland stamped a red “H” on the back of her cards to distinguish them from competitors.

Now collected by museums and collectors, Howland’s specialized 3D design cards included imported lace, silk, and featured romantic images in cut-out pictures. Howland introduced many innovations in card design such as mechanical movement, an accordion design and the “lift up” card where there were multiple layers of lace. Many of her concepts are still being used today.

Eventually, the business was so successful that in 1879 the operation moved to a factory. The company, incorporated as the New England Valentine Company, was one of the first companies in America to be headed by a woman. It is believed that Howland’s company made the equivalent of between $800,000 and $3 million, an unprecedented business success for a woman at that time. The success also gave her female employees financial empowerment, a rarity in that time. Howland also published a book with 131 Valentine’s Day verses so that people could choose their favorite verse to go in their cards.

Howland merged with another company in 1879, but then sold it in 1880 so that she could care for her dying father. In a Boston Globe interview at the end of her career, Howland downplayed her business claiming that she was just able to make money out of the “busy work” that well-born women regularly performed at that time. 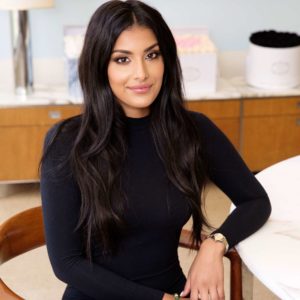 After receiving wilted flowers from her boyfriend on Valentine’s Day, Seema Bansal came up with a brilliant business idea. What if you could send roses in a beautiful presentation that would last for a long time? That idea ultimately disrupted the florist industry and led to the creation of Venus ET Fleur, the super-successful, celebrity favorite and highly instagrammed flower company that sells chic boxes of roses that last for a year. The Kardashians are huge fans – and you can see luxurious boxes of Venus ET Fleur all around their homes. The company is now also the exclusive floral vendor for Saks Fifth Avenue. Bansal was named on the 2018 Forbes Magazine 30 under 30 list. And the boyfriend behind the failed flowers? He’s now Bansal’s business partner and fiancée, Sunny Chadha.

Venus ET Fleur roses come from Ecuador and last a year without water as a result of a proprietary treatment. The roses can also be dyed to any Pantone color. As a result, the flowers are not cheap with prices starting at $39 for a single rose, and from $300 to $1,500 for larger arrangements. In 2017, Forbes reported that the company was estimated at $7.5 million and had grown 226% that year.

Bansal says that they have relied heavily on social media to build brand awareness and customer loyalty.  She told Inc. magazine, “Social media is where we tease and launch new products. It’s one of the best marketing tools a business can have. We’re so glad we can connect with our customers in seconds, while seeing the joy in each customer who posts our arrangements.”

Of course people send flowers throughout the year and not just on Valentine’s Day.  Bansal told Forbes, “The biggest reward is all of the support and love we receive on a daily basis. We are a part of so many big moments for our clients such as baby showers, proposals, weddings and gender reveals.” Just do a quick search on Instagram and you can probably see a lot of these events! @venusetfleur