WOW! Katelyn Ohashi scores a perfect 10 on an amazing floor routine that went viral on social media. We can’t stop watching – check out her performance here:

Rachel Zegler, the unknown actress who was selected to play the coveted role of Maria

After a year long search and 30,000 people to audition, Steven Spielberg cast Zegler, an unknown high schooler from New Jersey, to play Maria in the upcoming remake of “West Side Story” opposite Ansel Elgort.  Watch this video of her singing Lady Gaga’s song “Shallow” and you’ll quickly see how she got the part! https://twitter.com/rachelzegler Lily Collins responded “Couldn’t have found a better Maria for West Side Story!! Your voice is unreal, I can’t stop watching this. Congrats and can’t wait to see it. Get ready girl! @rachelzegler.” Zach Braff wrote “Your voice is insane. Now sing all the songs. Congrats on being chosen by Mr. Spielberg. .”

Yeah, we know you want to see more – here is another video of her singing the whole song in her bathroom! 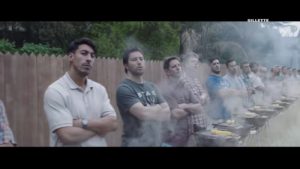 Gillette’s new ad campaign “Is this the best a man can get?”

Gillette’s new controversial ad campaign that addresses toxic masculinity – bullying and sexual harassment, and encourages men to take action and be role models for the next generation. The brand announced there will be additional commercials along this theme as a part of a broader campaign. They will also be donating $1 million a year for the next three years to organizations such as the Boys and Girls Club of America, to encourage discussion and help ensure real change. 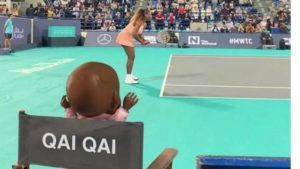 Do you follow Qai Qai? She is the world famous doll who has a verified Instagram account, is Serena Williams’ granddaughter and the daughter and best friend of Alexis Olympia Ohanian Jr., Serena’s daughter with Reddit co-founder Alexis Ohanian. She also has 92.1k followers on instagram and is a worldwide media darling. Qai Qai is now mostly being raised by Grandma Serena as daughter Olympia just wants “to live her life.” Qai Qai’s Instagram posts reveal that she is often left forgotten on the floor, albeit in pretty glamorous locations such as on the tarmac near a private plane, or on the deck of a yacht. She is receiving a lot of attention at the Australian Open, and The New York Times recently reported on Qai Qai saying she was the most important doll in America. You can read it here: https://www.nytimes.com/2019/01/17/style/qai-qai-serena-williams-alexis-ohanian.html

Mashable is also obsessed with Qai Qai. They said “Qai Qai is the perfect representation of Gen-Z. She’s cynical, knows her selfie angles, and uses meme culture to channel her daily existential crisis. This little plastic doll truly was the biggest mood of 2018.” Read the whole article here: https://mashable.com/article/real-qai-qai-serena-williams-daughter-doll-mood/#KC3V5z0hGkq3 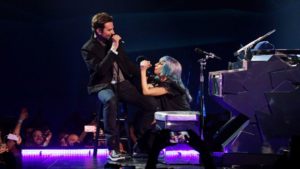 Bradley Cooper joins Lady Gaga for a surprise duet of “Shallow” on stage at her Las Vegas Residency Show: 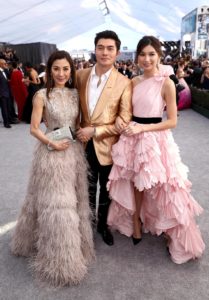 Some of the cast of “Crazy Rich Asians”, from left to right: 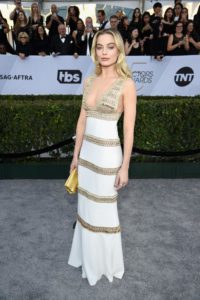 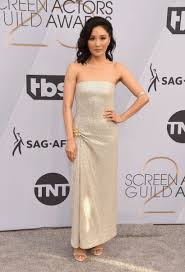