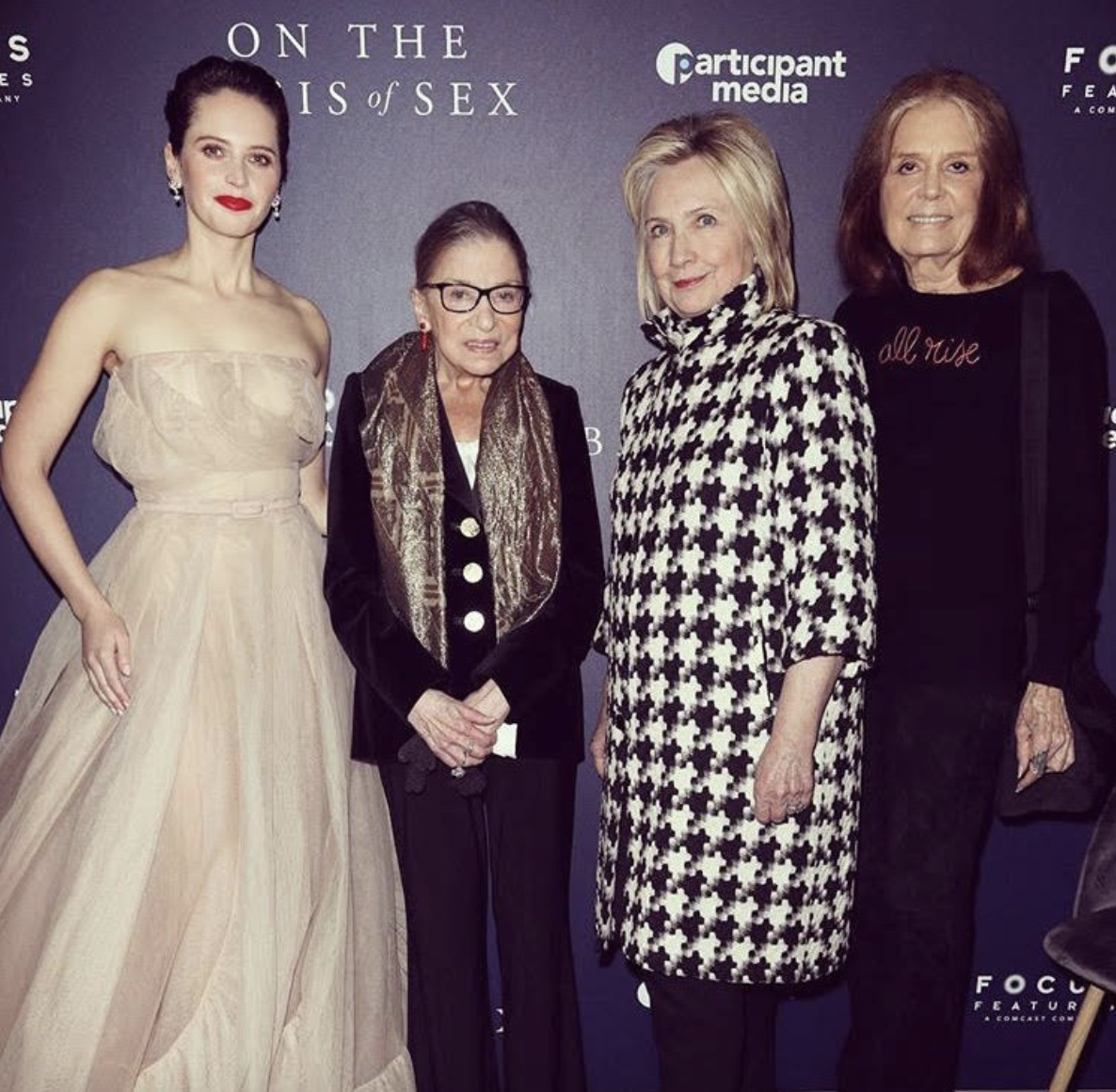 Photo from the December 16th premiere of the movie “On The Basis of Sex” at Lincoln Center’s Walter Reade Theater. 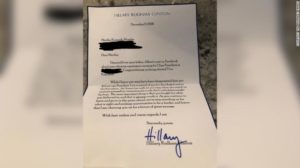 Hillary Clinton wrote a letter to 12-year old Martha Kennedy Morales showing the young girl support after she lost her bid for class president. “While I know you may have been disappointed that you did not win President, I am so proud of you for deciding to run in the first place,” Clinton wrote to Morales, a third grader at a Maryland private school. “As I know too well, it’s not easy when you stand up and put yourself in contention for a role that’s only been sought by boys,” Clinton said. 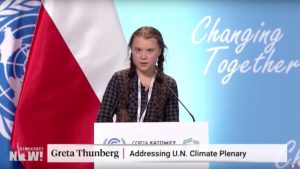 The 15-year-old climate change activist from Sweden condemned world leaders for their inaction on climate change at the Poland Climate Talks. “Our civilization is being sacrificed for the opportunity for a very small number of people to continue making enormous amounts of money,” she said. “You say you love your children above all else, and yet you are stealing their future before their very eyes,” she continued. In November, Thunberg, who has Asperger’s Syndrome, gave a Tedx Stockholm Talk about the climate crisis.  She is calling for a school strike to raise awareness for the climate crisis.

Watch her powerful speech from the Poland Climate Talks here:

Her Tedx Stockholm speech is here:

Jules Maria, a fellow concert-goer who was at first annoyed as they were taking up so much space, soon realized what was happening and was in awe of the beautiful interaction between Kari and her father. “We witnessed something absolutely beautiful,” Maria wrote. “We couldn’t care less about what was happening on stage, watching them was absolutely mesmerizing. They were both very sweet and her father was very proud of his daughter.” Maria posted a 30 minute video of the duo on Facebook which quickly went viral. Three Days Grace learned about it and posted it on their facebook page as well. “This is the coolest thing on the internet right now!!! so sweet,” the band wrote. According to CNN, the band’s drummer, Neil Sanderson, reached out Kari on Facebook to tell her how awesome he thought she and her dad were. “For one of them to reach out personally was really cool,” Kari said.

See the heartwarming video below.