We all know that it is more fun to watch Hollywood Awards shows when we have seen all of the nominated movies and have invested opinions on who should win the statue. Since the Golden Globes are January 5th and the Academy Awards are February 9th, now would be a good time to start catching up on the movies that have the most buzz and likelihood of getting nominated for an award this year.  We turned to Vanity Fair magazine to get their picks for the 20 must-see films for this awards season, and suggest that you take advantage of the upcoming winter break to check them out. Of course we are partial to women-centric and women-led films, but we have included all of the suggested films for your reference.

Awkwafina may snag a nomination for Best Actress for her amazing performance in this heartfelt family drama/comedy. The unique story may also show up as a Most Original Screenplay nominee.

Once Upon a Time in Hollywood

Quentin Tarrantino’s highly anticipated film does not disappoint with amazing performances from Leonardo DiCaprio, Brad Pitt and the beautiful Margot Robbie. Expect this film to get a ton of nominations including Best Film, Best Director, Best Actor, Best Supporting Actor, and more!

Jennifer Lopez is unstoppable in this movie and is surrounded by a great supporting cast including Cardi B, LIli Reinhart, Constance Wu, Jennifer Stiles, Lizzo and Keke Palmer. Lopez is highly expected to be nominated for Best Supporting Actress for her performance.

Renée Zellweger has won critics over for her amazingly accurate portrayal of the late Judy Garland and is practically guaranteed a nomination for Best Actress.

Dolemite is My Name

Joaquin Phoenix is a strong candidate for a Best Actor nomination (it will be his fourth) for his starring role in this film that has already made more than $700 million worldwide and counting.

This South Korean film won the won the Palme d’Or at Cannes, the first South Korean film to win at the festival. It has drawn huge crowds everywhere including the United States where it broke specialty box office records. Director Bong Joon-Ho will likely get some love, and perhaps even a nomination for Best Film.

This film won the People’s Choice Award at the Toronto Film Festival which will up its odds for nominations. Scarlett Johansson has received buzz for her role and may snag a nomination for Best Supporting Actress.

This film has a strong chance as a nomination for Best Picture and lead stars Scarlett Johansson and Adam Driver may receive Best Actress/Actor nominations. Laura Dern has a good shot for a nomination for Best Supporting Actress, and director Noah Baumbach (Little Women Director Greta Gerwig is his wife) and the rest of the solid cast including Ray Liotta, Julie Hagerty, Alan Alda may also get acknowledged for their collective work.

A Beautiful Day in the Neighborhood

Director Marielle Heller does a great job with this story about children’s TV personality Mr. Rogers played by Academy Award veteran and favorite Tom Hanks. No doubt this film will get some love during awards season.

Another Netflix film which stars Jonathan Pryce and Anthony Hopkins and will be available to watch on December 20th.

Clint Eastwood directed this drama based on the true story of the averted bombing at the Atlanta Olympics.

A film packed with talent, Charlize Theron, Margot Robbie, Nicole Kidman all give powerhouse performances in this important film about the sexual harassment at FOX under the late CEO Roger Ailes. One or more of these ladies are sure to land nominations.

Based on a true story, Jamie Foxx plays a man who was falsely accused of murder and was placed on death row until he was saved by a civil rights attorney played by Michael B. Jordan. Brie Larson is also in this important film.

Greta Gerwig’s adaptation has a dream team cast if there ever was one! Saoirse Ronan has been named as a likely Best Actress nominee for her starring role in this beloved film alongside Emma Watson, Meryl Streep, Laura Dern, Timothée Chalamet, Chris Cooper and Eliza Scanlen. Florence Pugh’s performance has also been noted as a possible Best Supporting Actress nominee. With this level of talent, this film is sure to rake in a bunch of other nominations.

Alfre Woodard will likely be nominated for Best Actress for her powerful portrayal of a death row warden in this important film looking at the death penalty. 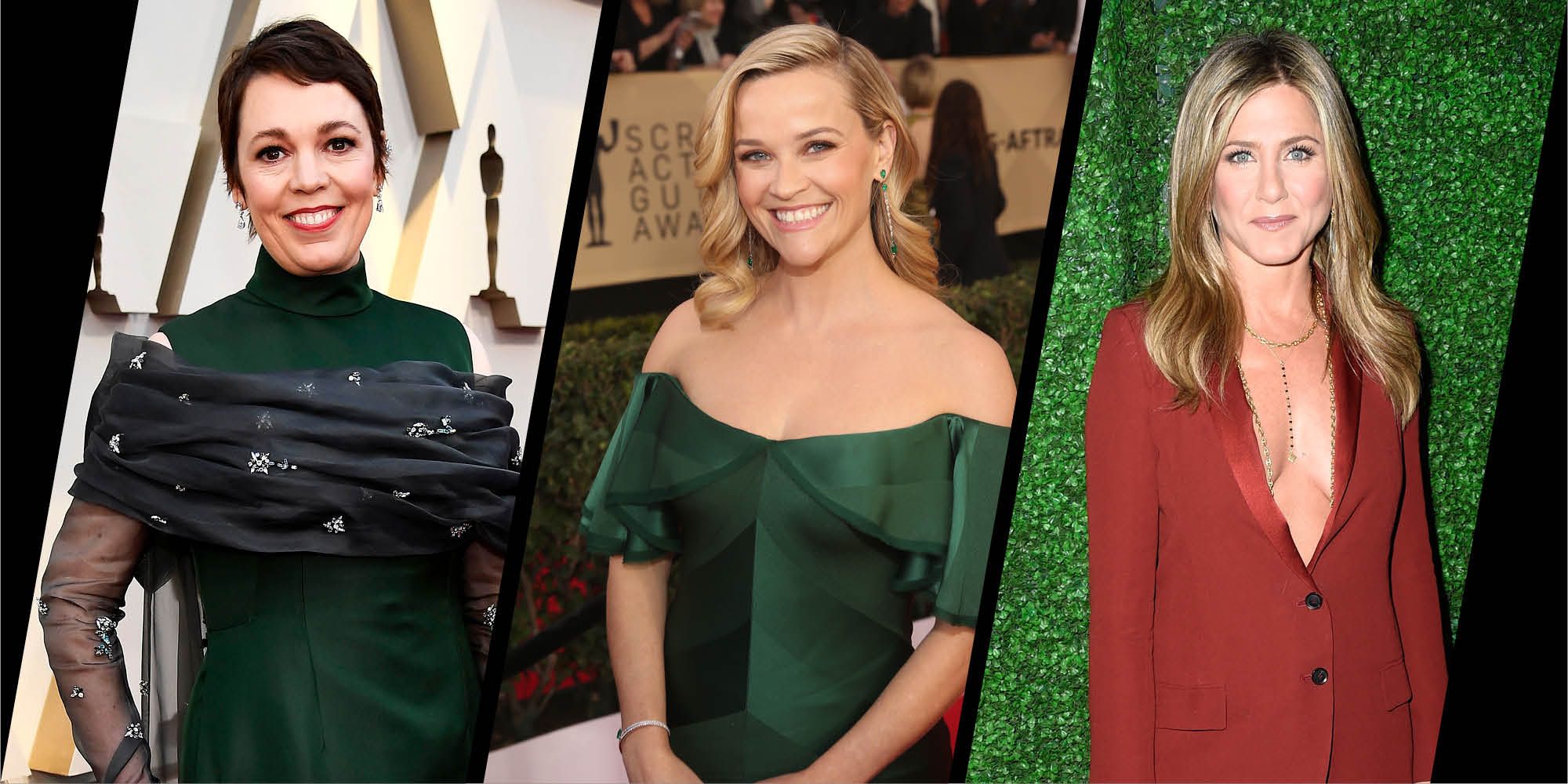 The Golden Globes Nominations Are Revealed! See Which Actresses and Movies Were Nominated To Plan Your Vacation Binge-Watching

The Golden Globes are the first of the Hollywood awards season and many believe that the show can serve as a barometer for which actors and movies have momentum leading into the Academy Awards. The only awards show that celebrates both television and film, it is always a fun show to watch, and with the flowing alcohol during the event, usually leads to some fun memes. Below is a complete list of actresses nominated for Golden Globes, and the TV shows and films up for awards. Start your binge watching now so that you can weigh in on the competition on January 5th.

Best Performance by an Actress in a Supporting Role in a Series, Limited Series or Motion Picture Made for Television

Best Actress in a Supporting Role in Any Motion Picture

Best Actress in a Motion Picture – Musical or Comedy

Christina Applegate (“Dead to Me”)

Kirsten Dunst (“On Becoming a God in Central Florida”)

Best Performance by an Actress in a Television Series – Drama

Once Upon a Time in Hollywood

Dolemite Is My Name