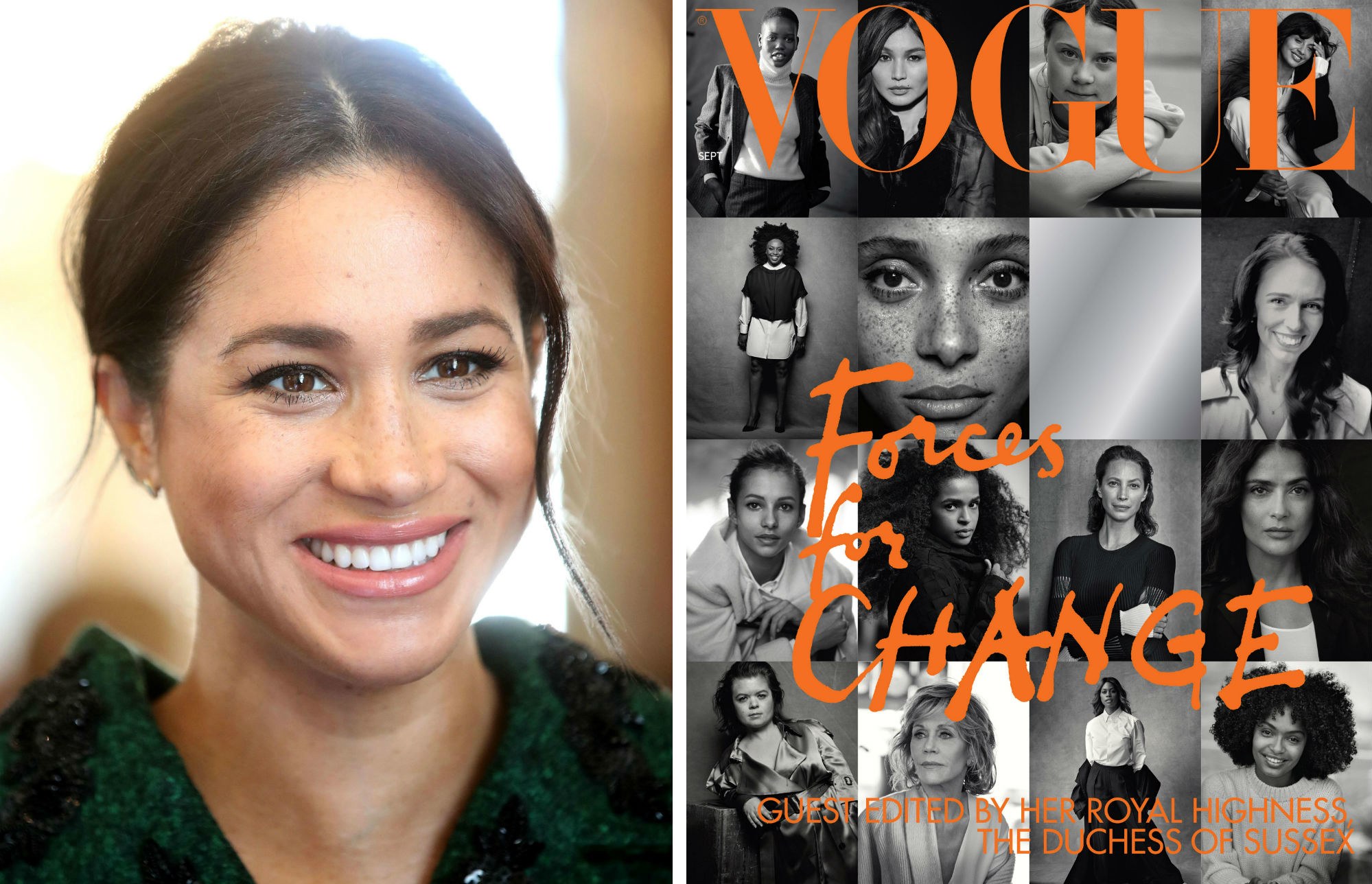 The September issue of Vogue is renowned as the most important and highly anticipated issue of the year and was even the subject of a film, The September Issue. Meghan Markle became the first person to ever guest edit a September issue, for this month’s British Vogue, and decided to devote the issue to women trailblazers who have inspired her, including a personal interview with former First Lady Michelle Obama. Titled “Forces for Change,” the issue’s cover features fifteen women change makers and an empty square to represent the reader who will be inspired to create their own mark on the world. The women chosen were described as “brilliant female change makers who have had a laudable impact in recent times and who are set to reshape society in radical and positive ways in the future.”

“Through this lens, I hope you’ll feel the strength of the collective in the diverse selection of women chosen for the cover as well as the team of support I called upon within the issue to help bring this to light,” Meghan said in a statement. “I hope readers feel as inspired as I do, by the ‘Forces for Change’ they’ll find within these pages.” 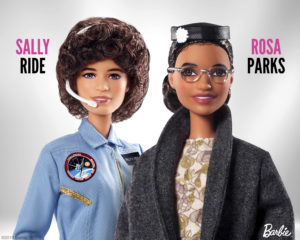 According to Mattel, “research has shown that starting at the age of five, many girls are less likely than boys to view their own gender as smart and begin to lose confidence in their own competence — this is coined the ‘Dream Gap.’ Showing girls more role models, historical and present, and telling their stories can help close that gap.”

Biographical information about the role models is included with the dolls to educate young girls about their achievements and contribution to society. 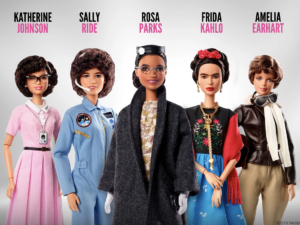 According to Ruth Handler, Barbie’s creator, “My whole philosophy of Barbie was that, through the doll, the little girl could be anything she wanted to be.” Having designed the doll based on her own daughter’s love of playing with paper dolls, Handler says, “Barbie always represented the fact that a woman has choices.”

The company has also created the Barbie Dream Gap Project Fund to support a world wide initiative to support gender equality. The fund will support organizations that help girls thrive and reach their potential. Barbie donated $1 from every doll sold in the U.S. during its 60th anniversary to the fund to help #CloseTheDreamGap.

Self-Care Tips, Ways To Prevent Anxiety, And Products To Get Organized