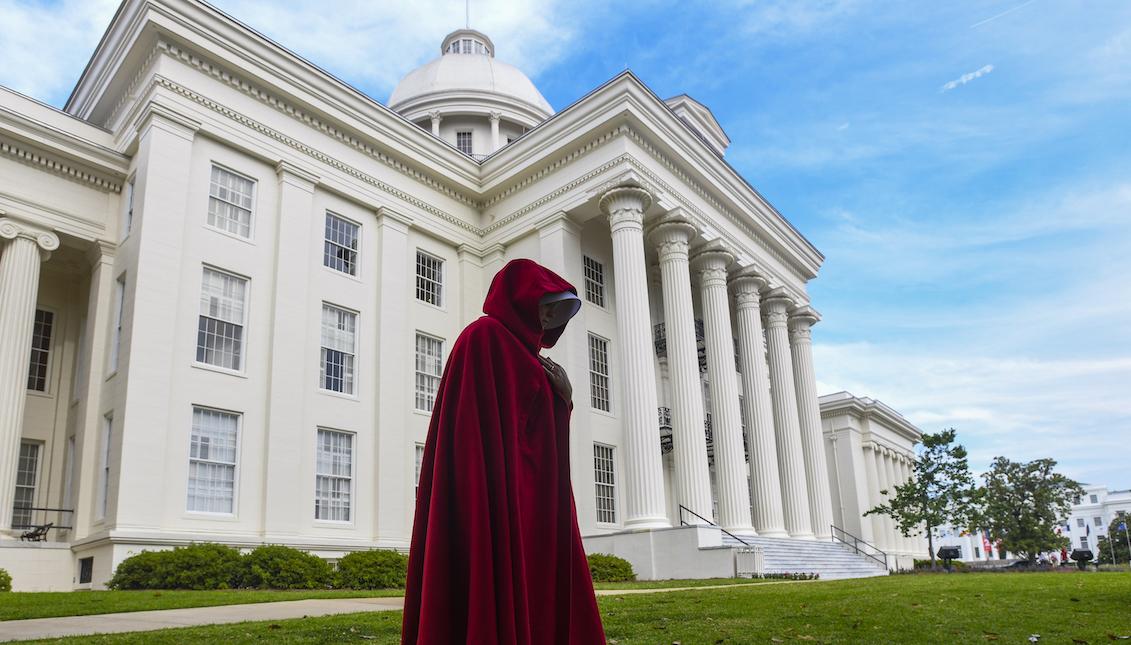 Georgia has become a popular destination for producing TV shows and films due to the state’s generous 30% tax incentive program to lure production there. Popular shows including The Walking Dead, Stranger Things and Ozark are all filmed in Georgia, as were the movies Avengers: Endgame and Godzilla: King of the Monsters. According to Showbiz Cheatsheet, “The film and TV industry generates $9.5 billion in economic impact for Georgia, including $2.7 billion in direct spending.” But all that will change if the state’s new restrictive abortion law, commonly referred to as the “heartbeat bill” that was signed by Governor Brian Kemp, goes into effect. Netflix was the first studio to announce through Variety that the company would “rethink [its] entire investment in Georgia” if the new law was not overturned, and many other major studios and Hollywood power players have joined the protest stating that they will not bring work to the state if the new law is implemented. The loss of business will be significant for “The Hollywood of the South” as there are currently 40 projects in production. Companies that have warned that they will pull their business if the new law is upheld include AMC Networks which produces “The Walking Dead” in Senoia, Sony, Comcast NBCUniversal, Disney which includes Lucas Film, Marvel and Pixar, WarnerMedia which includes HBO, Turner and Warner Bros. In addition, over 100 stars and producers have signed a letter stating that they will boycott working in Georgia if this law goes into effect including Natalie Portman, Jessica Chastain, Alyssa Milano, Sean Penn, Jason Bateman, Laura Dern, Christina Applegate, Zoe Kravitz, Brie Larson, Eva Longoria, Mandy Moore, Debra Messing, Ariel Winter, Kerry Washington, Judd Apatow, Alec Baldwin, Mark Hamill, Sarah Paulson, Mark Ruffalo, Emmy Rossum, Amy Schumer, Sarah Silverman, Ben Stiller, Naomi Watts, Olivia Wilde, Laverne Cox, Colin Hanks, Gabrielle Union, and Bradley Whitford.

While Georgia has been singled out due to its current status as a major Hollywood location outside of New York and California, a spokesperson from Comcast NBCUniversal made clear that any state that implements restrictive abortion laws will not get their business. The company’s statement said, “We fully expect that the heartbeat bills and similar laws in various states will face serious legal challenges and will not go into effect while the process proceeds in court.” It continued, “If any of these laws are upheld, it would strongly impact our decision-making on where we produce our content in the future.”

A number of celebrity power players also took to social media to protest the new abortion restrictions in a number of states around the country.

These statehouses are waging all-out war on women and their right to control their reproductive decisions. This is awful. https://t.co/noOY2pEsqX

#AlabamaAbortionBan #Alabama #AlabamaSenate #NoUterusNoOpinion #PlannedParenthood #ProChoice I love you Alabama prayers to all women and young girls here are my thoughts: pic.twitter.com/LqmVyV8qsA

This is absolutely unbelievable. If you’re not worried about roe v wade, you’re not paying attention. This is why voting matters!! https://t.co/gZ5lrj7tQ1 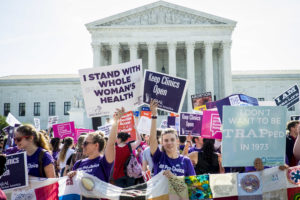 Recently, Alabama’s nearly all-male senate voted to advance a bill banning almost all forms of abortions including those for pregnancies resulting from rape or incest. If the Alabama governor Kay Ivey signed this bill into law, making it the most restrictive abortion law in America, in front of both Georgia and Ohio who prohibit abortions after 6 weeks. However, Alabama, Georgia, and Ohio are not the only states passing restrictive abortion laws. Last year, 15 states passed 27 new limitations on abortion. These conservative legislators are using these new laws as leverage as they attempt to get Roe v. Wade overturned by the Supreme Court. Although these legislators and other conservatives see these abortion laws as just, many consider these abortion regulations as an attack on women’s lives. By banning abortion, legislators are limiting women’s freedom, autonomy, and self-determination. If you believe in abortion rights, you might be wondering “How can  I make a difference?” The most direct and simple way is to donate to abortion funds, which help those seeking abortion care. While abortion is still legal in 50 states, it’s becoming increasingly harder to find clinics and doctors who will perform abortions. The few standing clinics are in need of support, time, and money. Additionally, next time you vote for a government representative, keep in mind their views on abortion. By doing so, we can prevent other restrictive abortion laws from being passed. Abortions rights and clinics are being banned or limited across America, however there are many ways to combat these laws and make a difference. 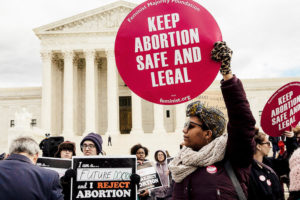 Where Does the Supreme Court Stand on Roe v. Wade?

The Supreme Court as it has and will continue to play a significant role in shaping American society and culture. The evolution of the court and the balance between strict constitutionalists and “intentionalists” is an interesting dynamic. The Supreme Court has a great impact on the law as the justices have the final decision of the result of cases. Depending on the case, the Supreme Court is able to change or enforce laws due to their decision as well as impact controversial topics in the United States at the specific time.

Today, the political climate is such in the United States that people are still debating over the Roe v Wade decision. On May 15th, Governor Kay Ivey, the governor of Alabama, signed a bill that prohibits abortions during any stage of a pregnancy with few exceptions. Representative Terri Collins, a Republican who sponsored the legislation of the bill, stated “This bill is about challenging Roe v. Wade”. This bill will eventually be brought to the Supreme Court where the justices will not only make a decision about this bill, but also the outcome of Roe v Wade. Once Alabama’s abortion bill gets to the Supreme Court, the decision will not be solely based on the validity of abortions but, instead be determined as either a state of federal issue. If the Alabama bill does go to the Supreme Court, I do not think that it will be passed as justices’ respect for precedent would keep the Roe v Wade decision from being overturned along with the fact that the current bill is extremely restrictive and limits dialogue on a very sensitive topic.

The Supreme Court is now using the 14th Amendment’s “due process” language to provide substantive protection to women in many different places in American society. It should not be lost that as the composition of the Supreme Court continues to change, gender issues have become front and center. In the last 20 plus years, arriving with the addition of Sandra Day O’Connor, the first female Justice, the Court is eager to address cases of gender and make rulings that promote the interests of American women, which I think will continue in the coming years.

TVF For DVF, The Women Behind Morning Network News, And The Female-Founded Tata Harper Skincare