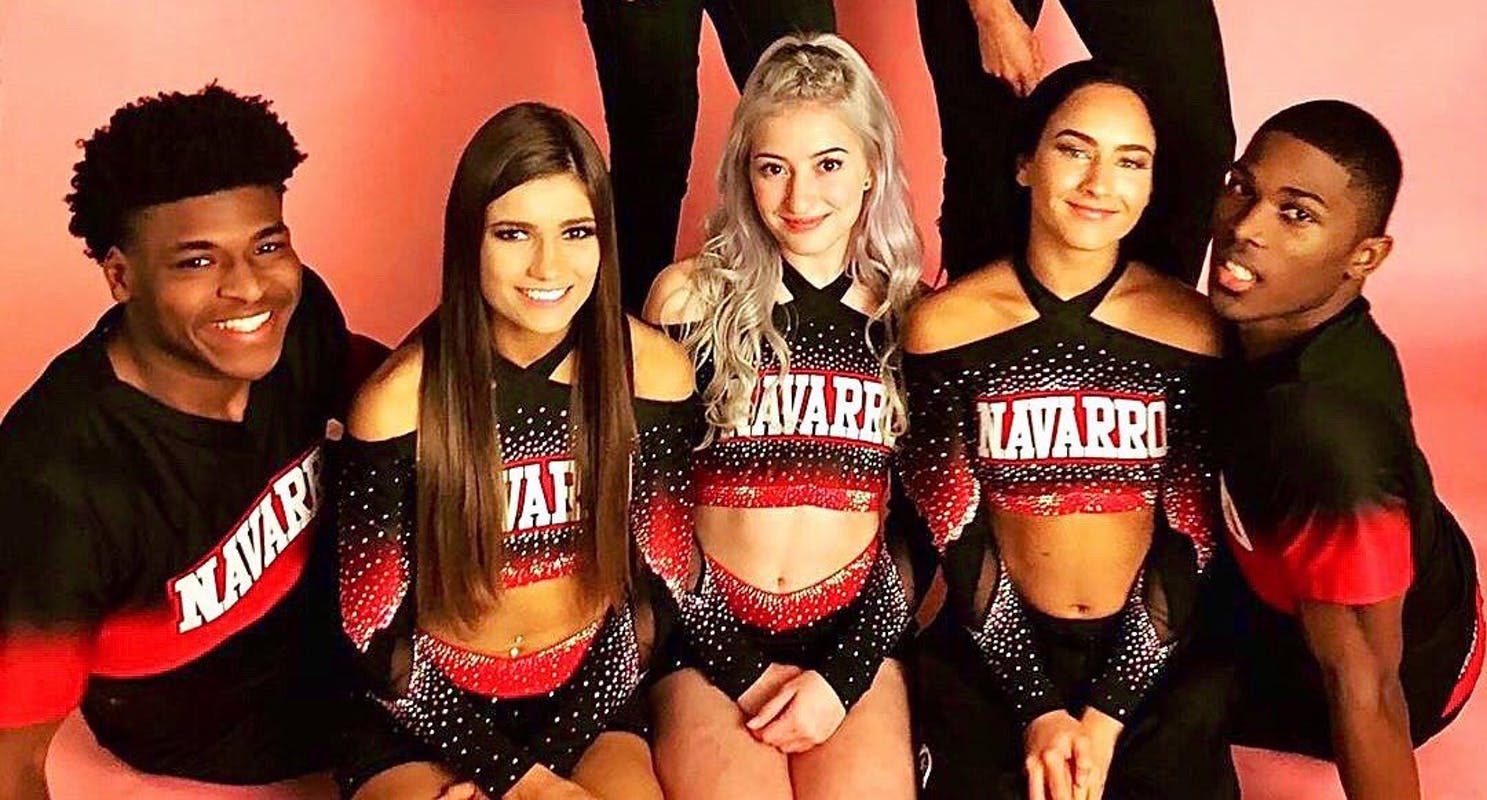 The World Domination of The Cast of Netflix’s Cheer

First, I want to say that I hope you followed my Girl Tribe Recommends last month and watched Netflix’s now renowned documentary Cheer. If you somehow missed the February issue of Girl Tribe, or have been living under a rock and have not yet watched this series, stop reading this article right now and immediately watch this six episode series that will CHANGE YOUR LIFE! Team coach Monica Aldama is the life coach/rock that you didn’t know you needed, you will be inspired by the extraordinarily talented team and each individual’s personal journey, and you will immediately want to talk to any of your friends who participated in competitive cheerleading to learn more about the sport.

I am clearly not alone in my obsession with Cheer as the cast of the show has swiftly infiltrated every aspect of society from Hollywood to Fashion. Here are some of the highlights: 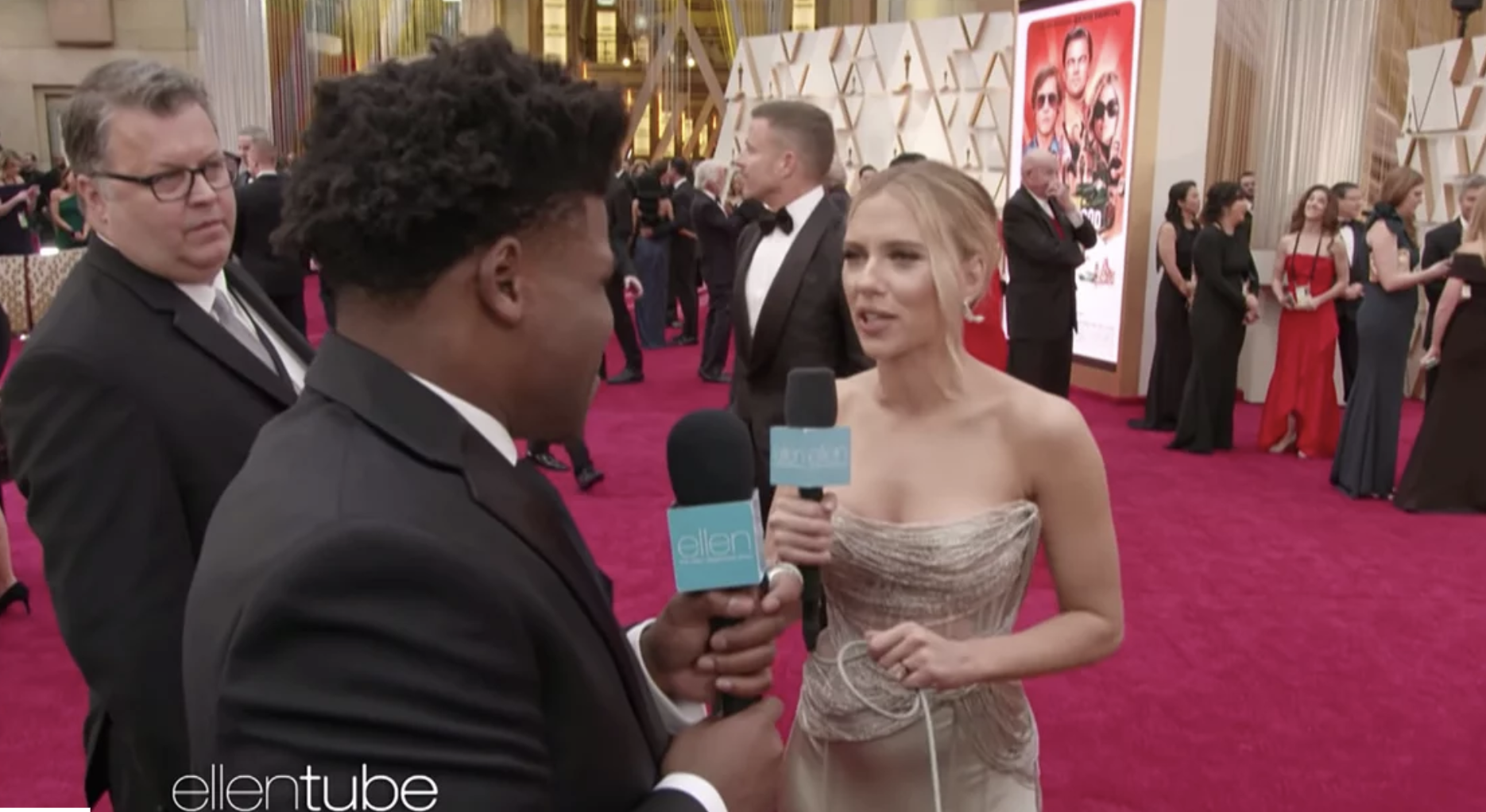 The Ellen DeGeneres Show Taps Jerry For Red Carpet Interviews at the Oscars:

Ellen DeGeneres tapped Jerry Harris to conduct interviews on the Academy Awards red carpet. Jerry, a clear fan favorite, had the biggest celebrities in the world behaving like they were teenagers at a boy band meet and greet. The only thing better than watching Cheer is watching Ellen’s footage of Jerry interviewing giddy Academy Award nominees Scarlett Johannson, Laura Dern, Charlize Theron, Florence Pugh, Saoirse Ronan, Greta Gerwig, Brad Pitt, Al Pacino, Kathy Bates and superstars  Billie Eilish, Regina King, Janelle Monáe, Mindy Kaling and Idina Menzel. Menzel asked for some “mat talk” to help her perform her best in the upcoming Oscar telecast. Here’s the footage so you can see for yourself: 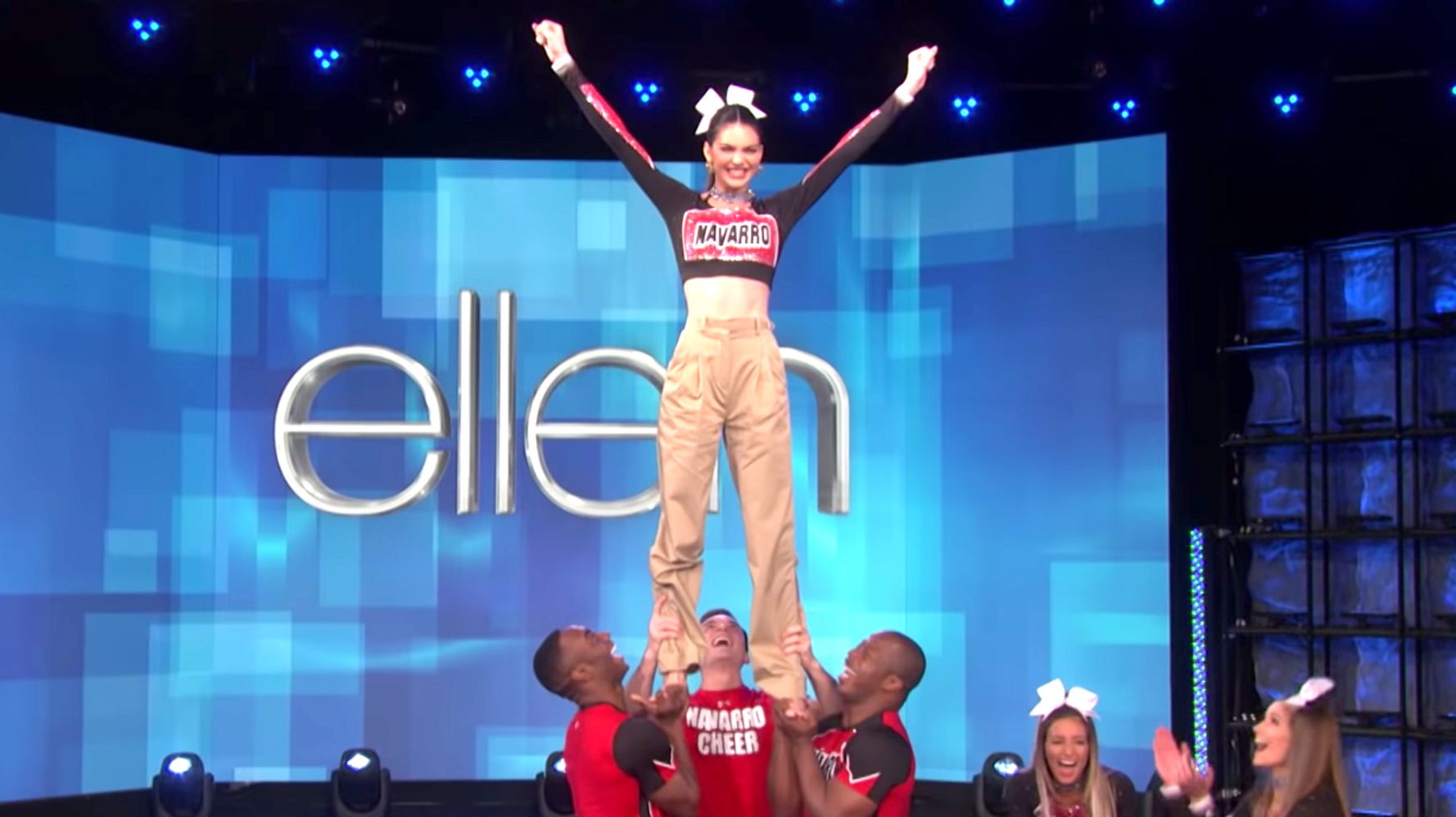 Kendall Jenner Joins The Cheer Cast for Some Cheering on The Ellen Show:

Ellen clearly loves the show, and she surprised fan and former cheerleader Kendall Jenner while she was a guest on the show by having her learn some moves from the champion Navarro team. Kendall freaks out when she is told she is going to meet her favorite Cheer cast member Morgan Simianer, and proceeds to get her own Navarro team uniform and learn some moves. 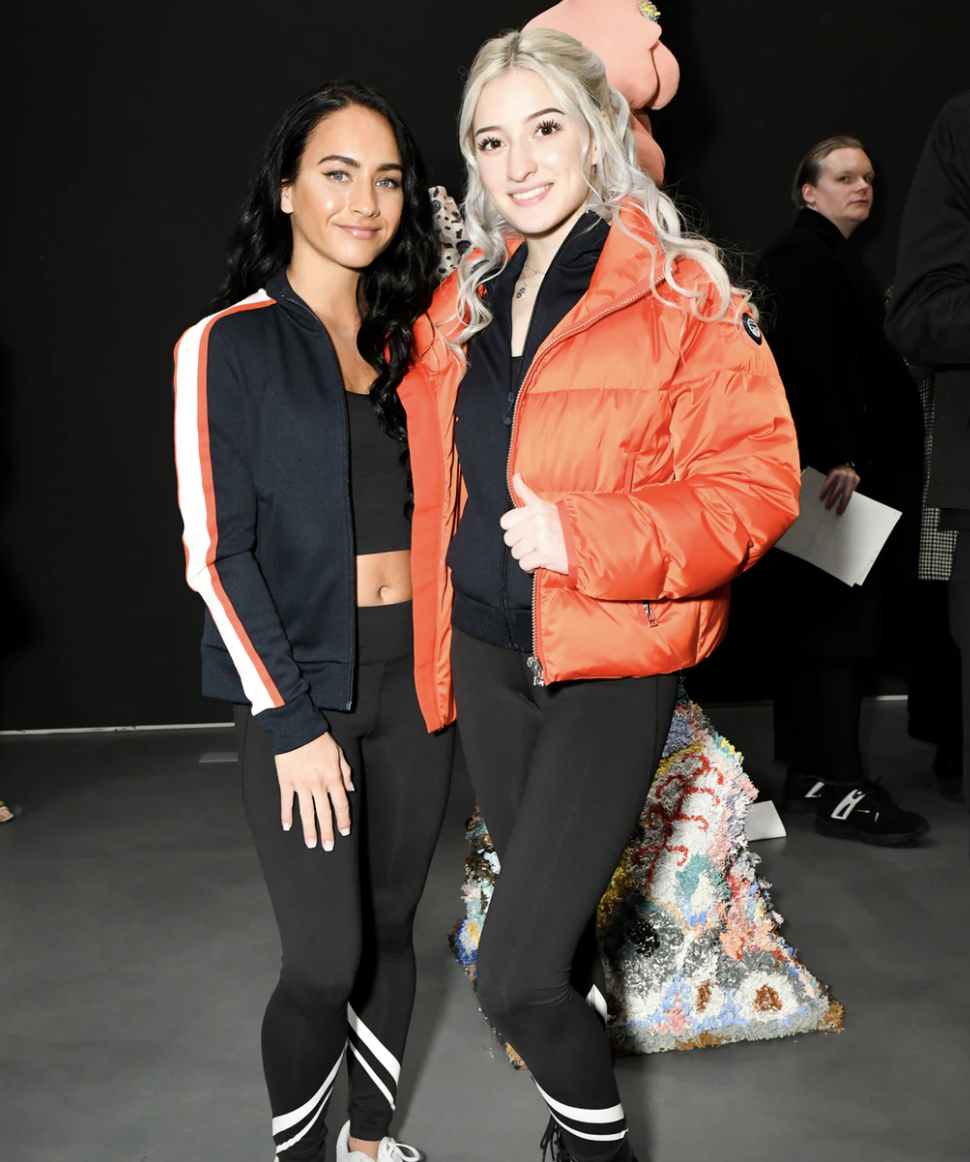 Teen Vogue called Brandon Maxwell’s show “a breath of fresh air. Thanks to Gabi Butler and Lexi Brumback from Netflix’s Cheer every single runway look got applause, praise, and mat talk. Instead of silence and stares, there was applause, cheering and Gabi and Lexi yelling: “You’re a 10” “You’re beautiful” “All 10s” “Gorgeous” “Killing the game” “Slaying it” “Honey you’re everything”. It made it one of the most exciting and memorable fashion show moments, even making the models crack a smile.”

What we can conclude from all this fandom is that we can all use some mat talk in our lives, even the fabulous and beautiful among us. We should all practice a little more positivity and encouragement towards ourselves and each other, and what better time to start this than Women’s History Month?! Let’s start with some mat talk in order to help us survive the wait for season 2! 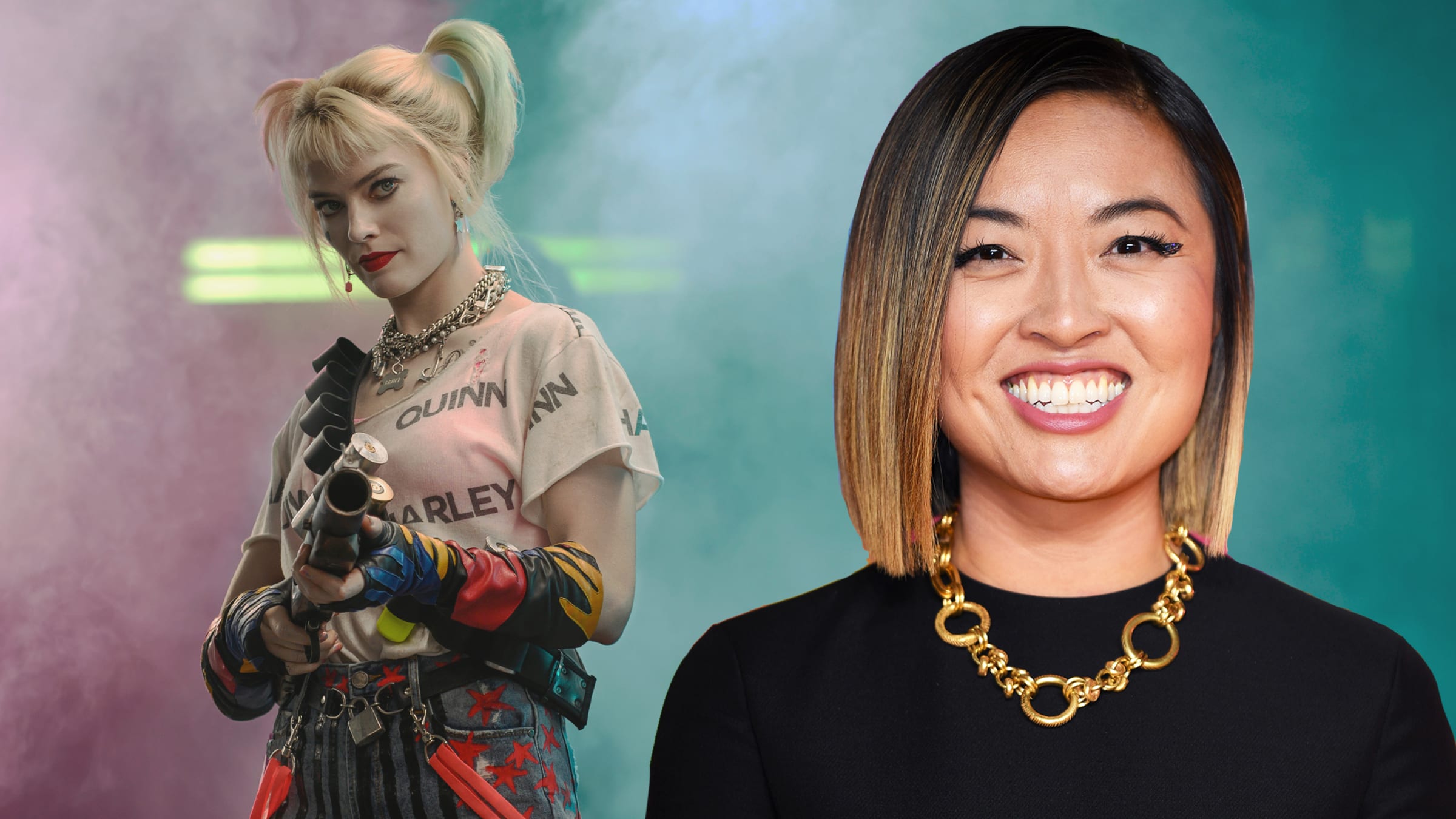 Cathy Yan, The First Asian-American Woman to Direct a Superhero Film Had a Goal To Show Real Sweat and Authentic Femininity in Birds of Prey

Cathy Yan, the first Asian-American woman to direct a superhero film, opened up about her second feature, Birds of Prey. The girl-gang flick starring Harley Quinn, DC universe’s antiheroine, shows both classic girliness and the side of girliness we don’t always see in the media, featuring many sequences of hand-to-hand combat and violence. Margot Robbie and Jurnee Smollett-Bell, who portray Harley Quinn and Black Canary, respectively, performed a plethora of stunts that Yan didn’t bother editing in. Yan’s goal was to depict the realities of femininity and to “show these women as they are”, allowing viewers to see sweat, messy hair, and real look of femininity.

The movie’s authenticity and talent is not only seen on screen, but also behind the camera. Margot Robbie got help from Yan and screenwriter Christina Hodson to create the movie through her own production company, LuckyChap Entertainment. The difference in how Quinn is portrayed in her first appearance, 2016’s Suicide Squad, versus Yan’s film is quite notable, wheras the first is fixated mostly on her sexualized appearance as well as her abuse by the Joker, while the Birds of Prey characterizes her as a flawed action hero.

The film itself is not the only remarkable accomplishment of Cathy Yan, as her work on Birds of Prey led her to being the first Asian-American woman to direct a superhero movie. The duality in her growing up between two different cultures inspired Yan’s Sundance prize-winning feature, Dead Pigs (2018). In fact, the dark humor Robbie admired about Yan’s debut film is what made her think Yan would be perfect to direct Birds of Prey.

In an interview with The Daily Beast, Yan explained the tone she believes Birds of Prey has, saying, “It is exactly everything you said where we can pair glitter with peeling off faces and it’s [got] an attitude that I don’t think you see that often from women-led movies—just kind of unapologetic, no holds barred”. Cathy Yan honed in on the fact that the struggles depicted in the movie don’t apply to only superheroes, but also to women in real life, claiming, “They can still be these superheroes, but it doesn’t mean that they have to be perfect. I think that we’re burdened as women with perfection all the time.”

When asked about the setting of her new movie, taking a brighter and more “neighborhood-y” approach to Gotham, Yan said,  It just felt right.. we love the idea that this [Gotham] is scrappier, this is on the fringe, this is in the outer boroughs or way downtown and not at the center of power—because the center of power is, you know, a patriarchy, and that’s not what this movie is about. So we kind of stayed away from that.”

The Academy Awards red carpet fashion is often one of the best of the year, and this year did not disappoint. Below are some of our favorite looks from the event: 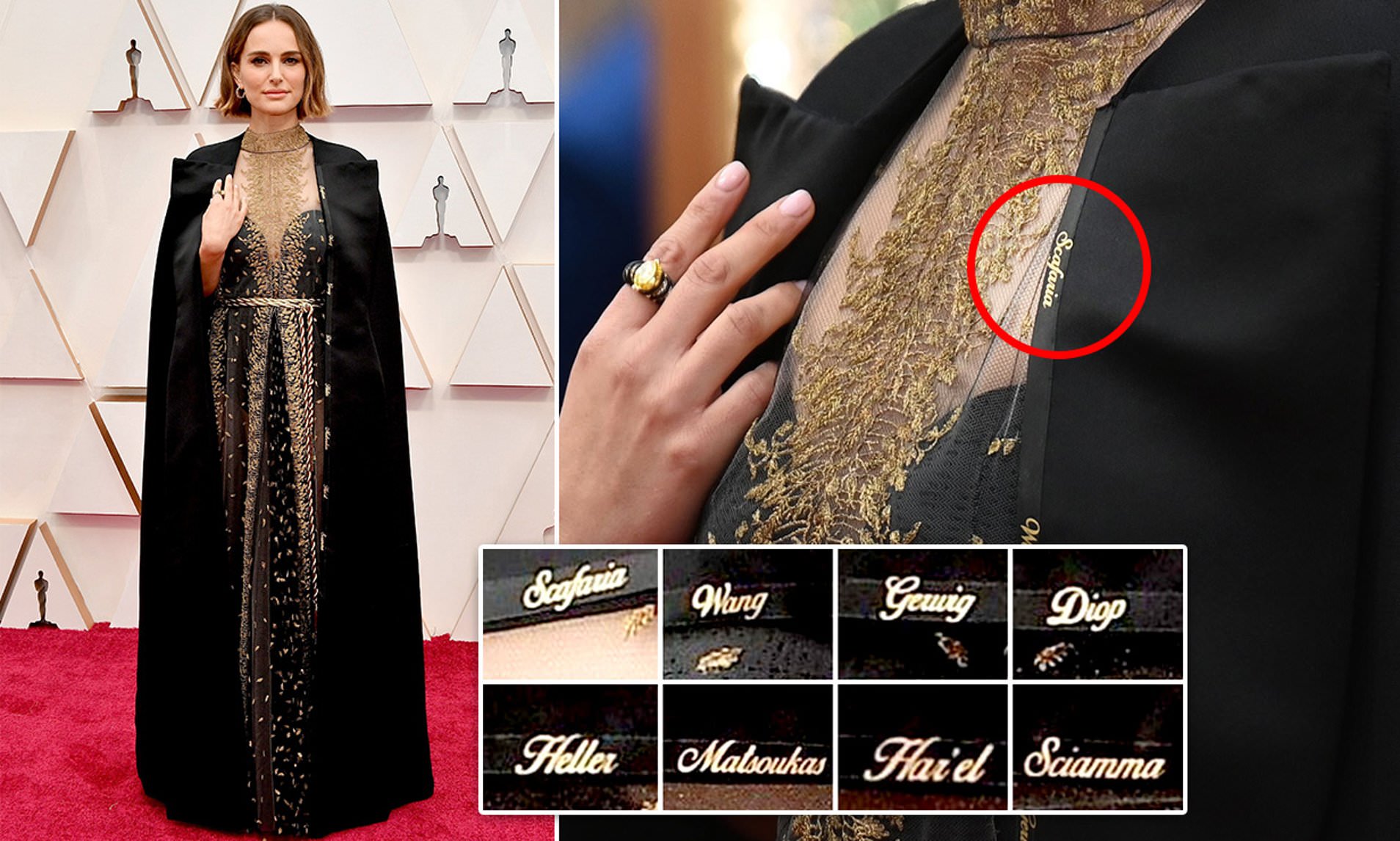 We loved Natalie Portman’s Dior look, but especially loved that she had the female directors that were not nominated for awards embroidered on her coat 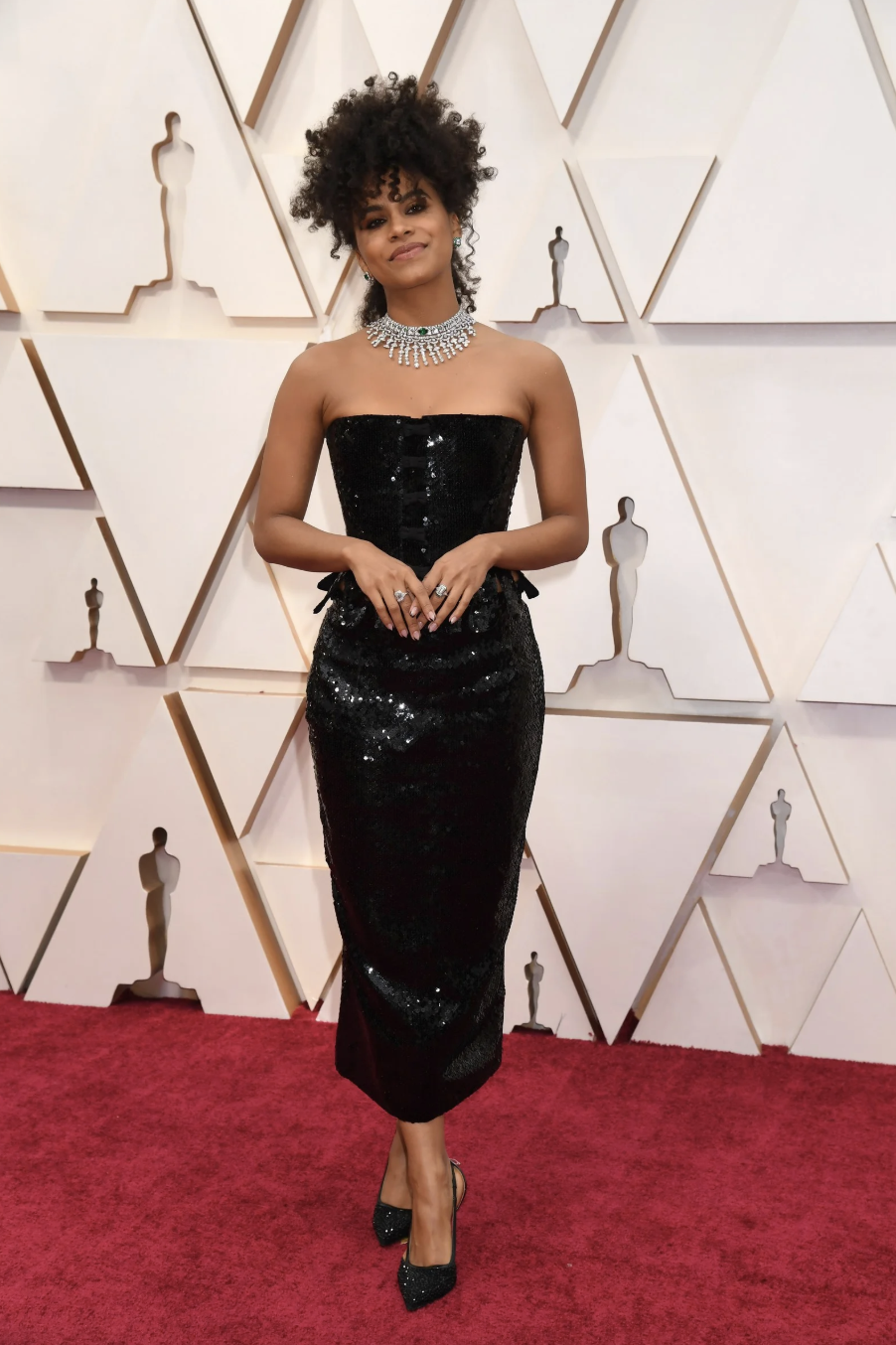 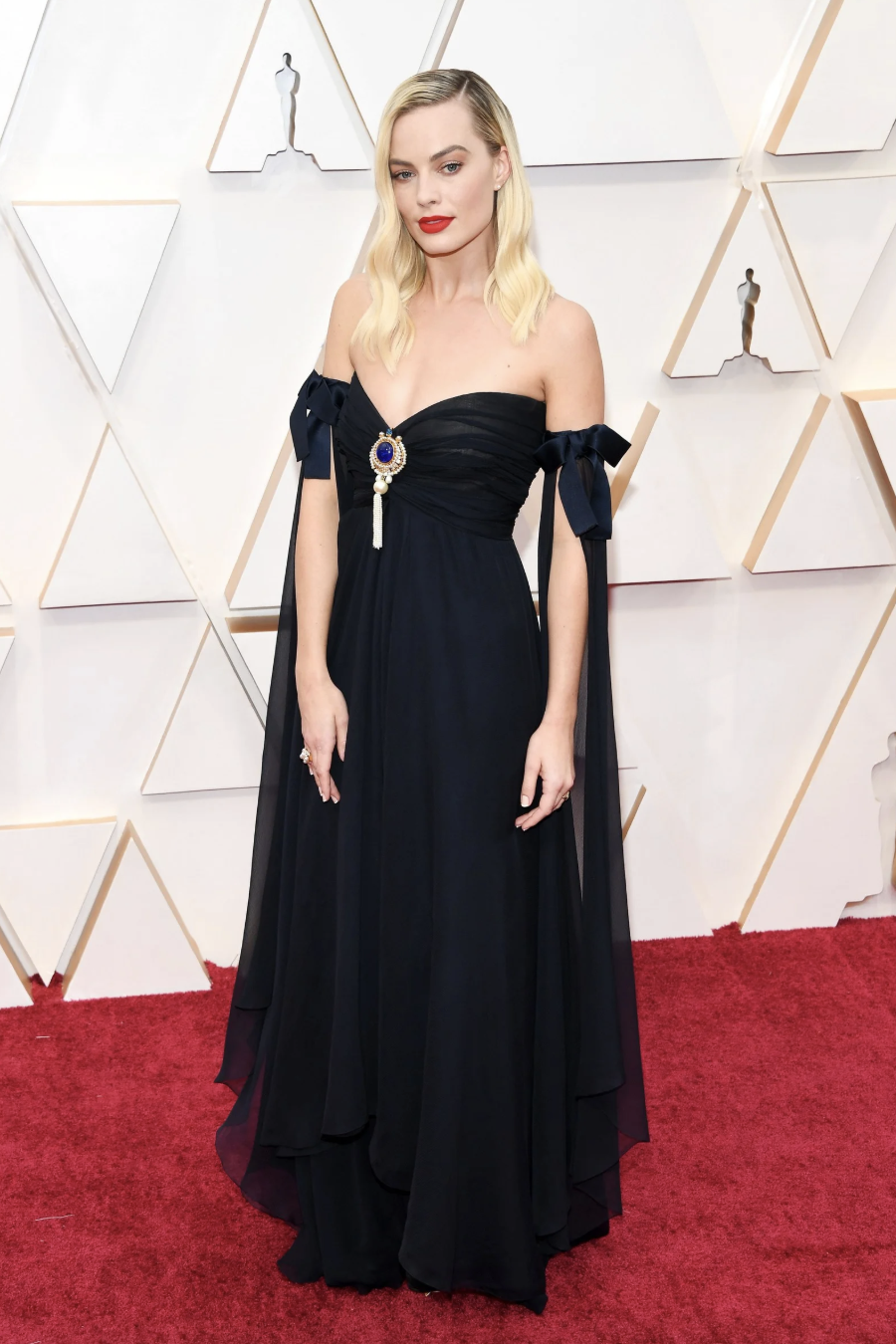 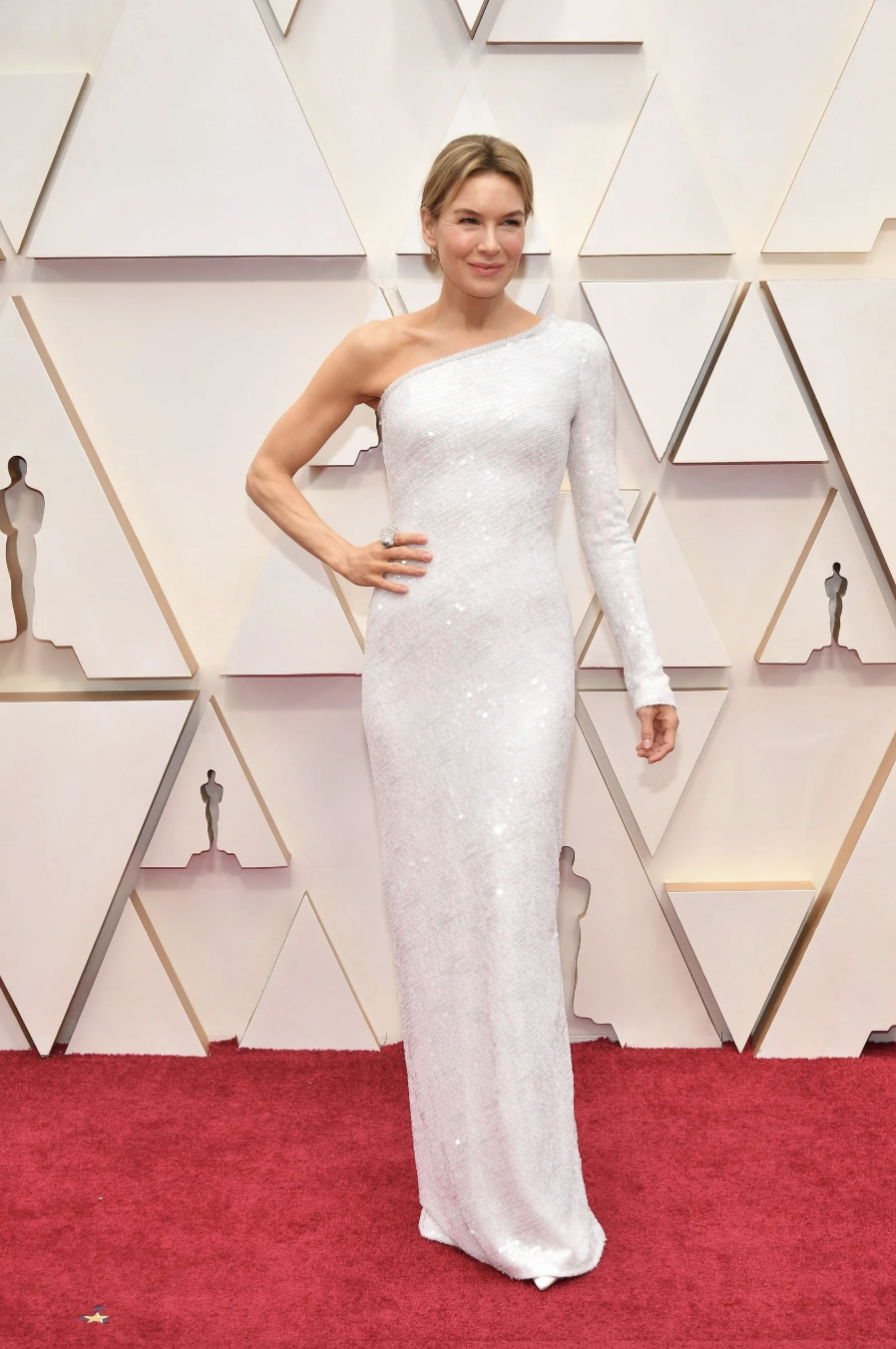 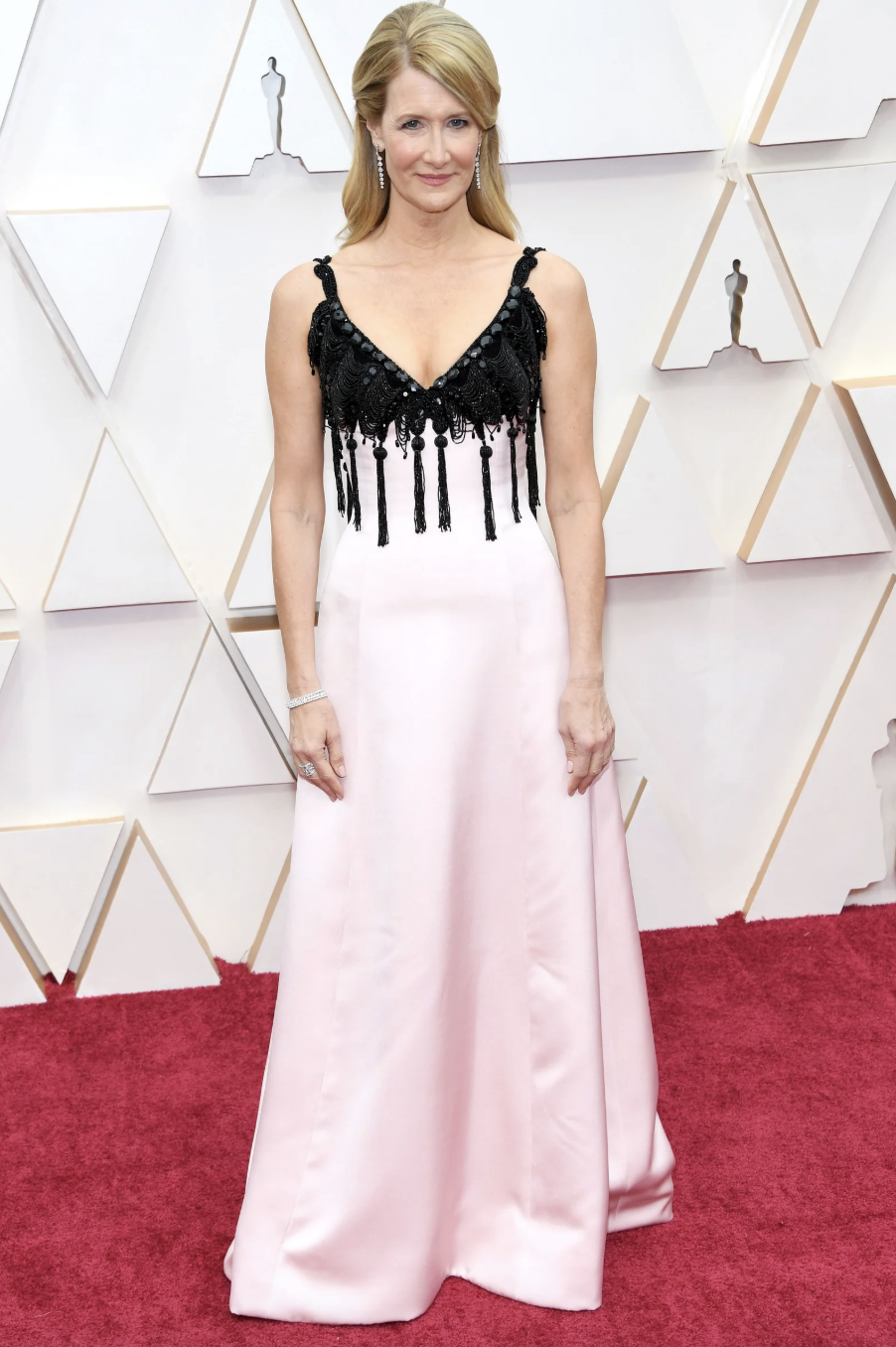 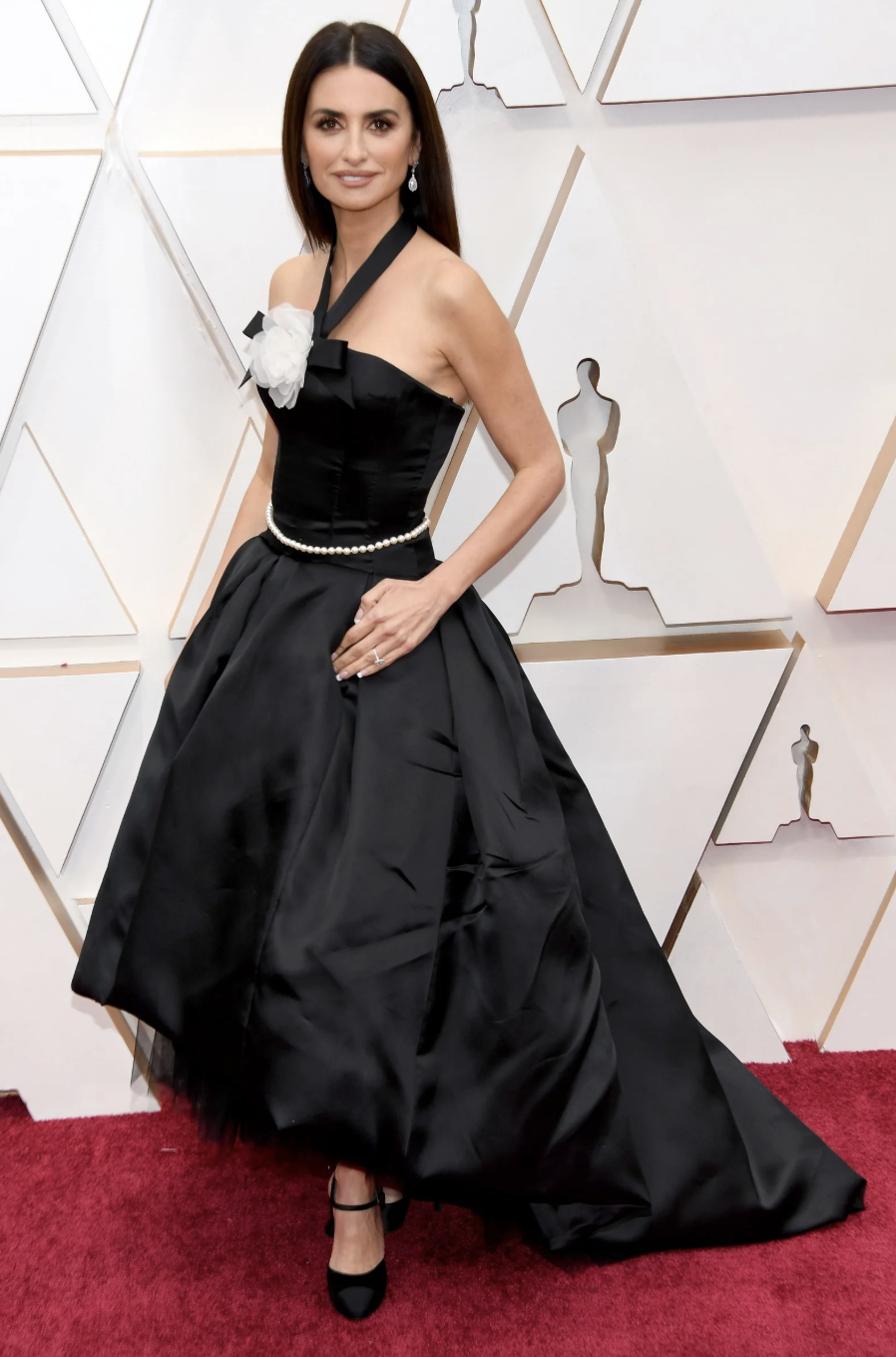 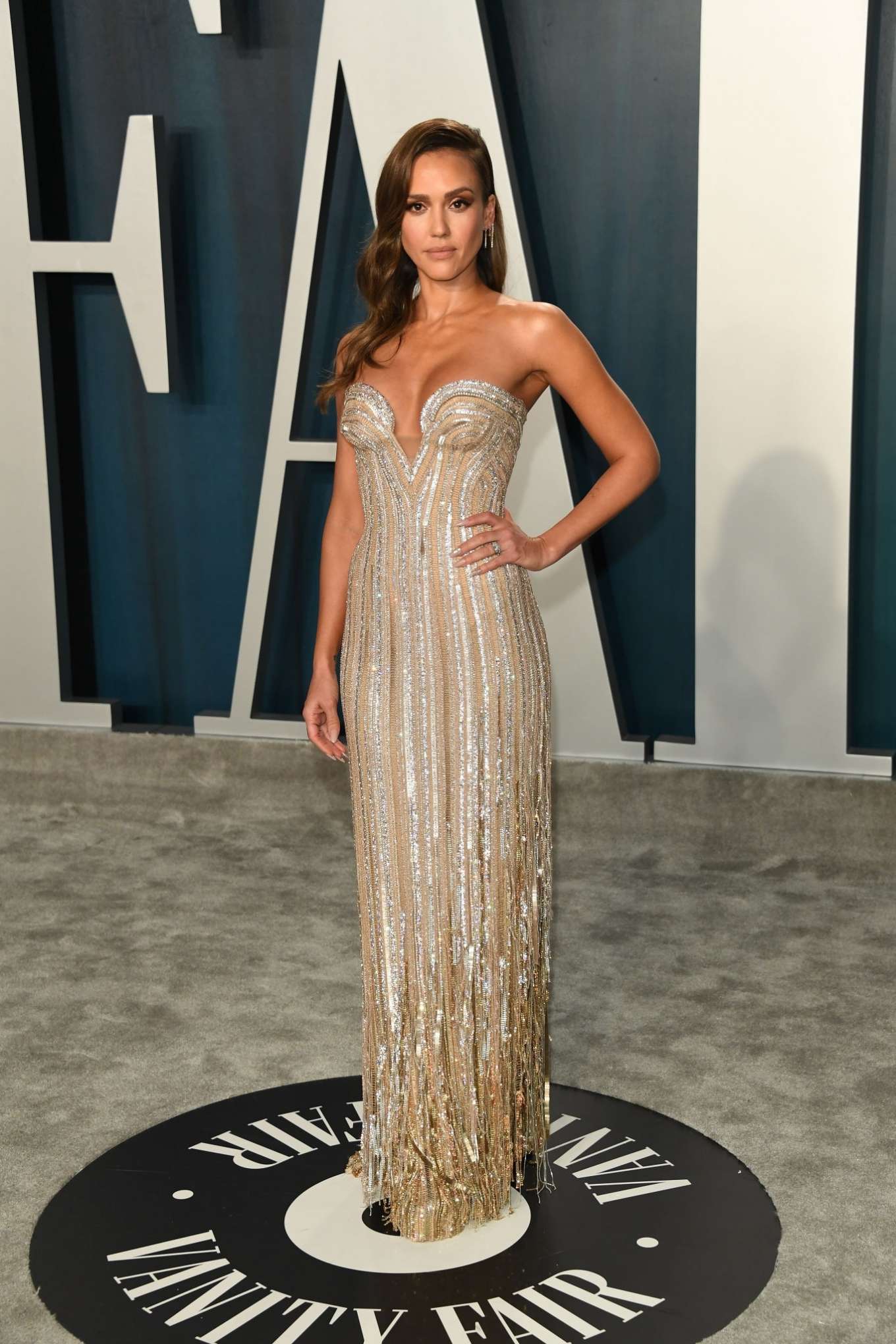