The Top Women Of The CMA Awards 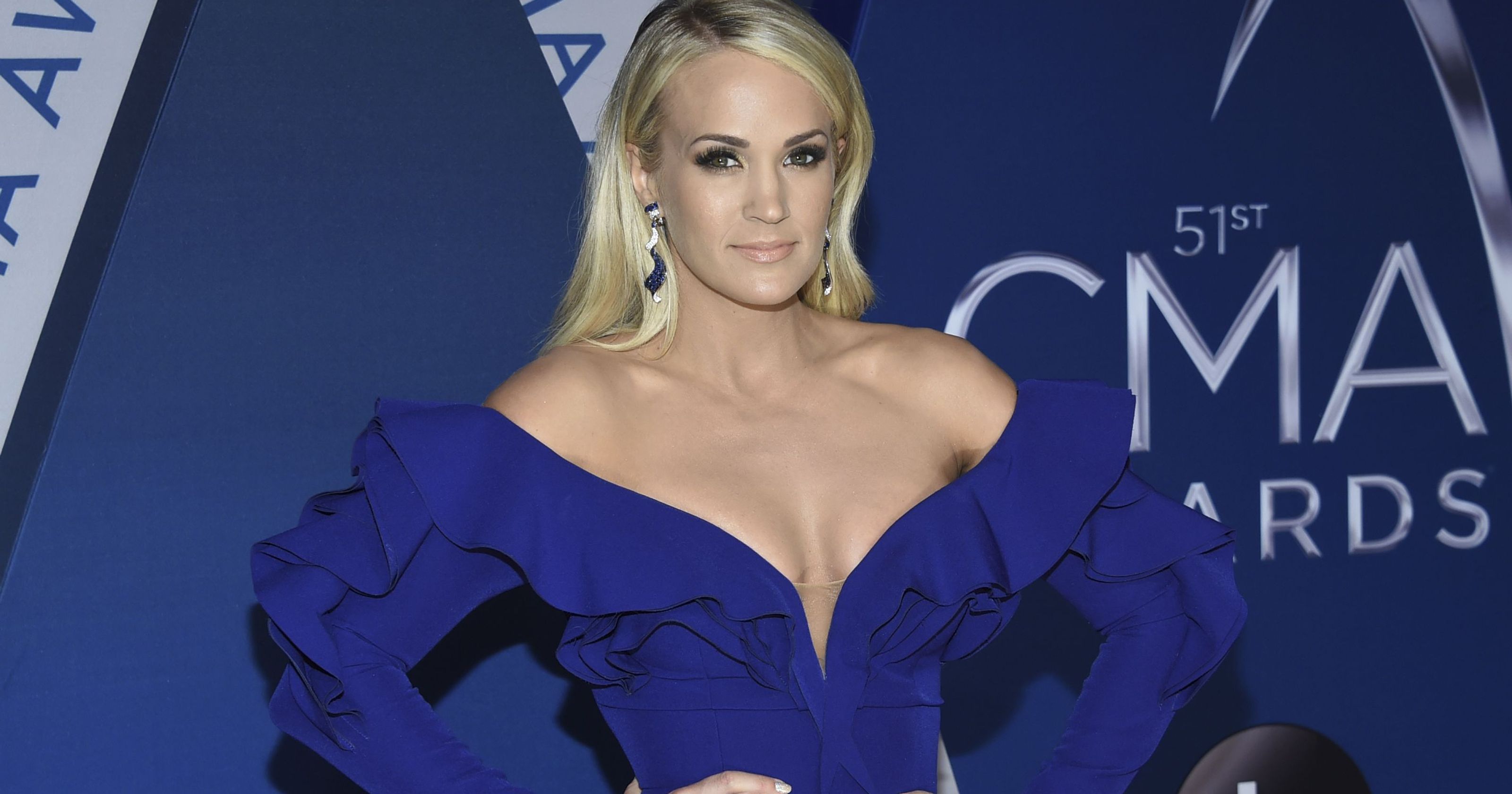 The 52nd Annual Country Music Association (CMA) Awards, Country music’s biggest night, will take place live from the Bridgestone Arena in Nashville on Wednesday, November 14th, 8:00-11:00 p.m. ET, on ABC. Carrie Underwood will no doubt be one of the main stars of the night, as in addition to sharing hosting duties with Brad Paisley for the eleventh time, she is also performing while pregnant with her second child. Underwood is nominated for “Female Vocalist of the Year,” and just released her sixth studio album “Cry Pretty” in September.  The music video for “Cry Pretty” is also nominated for a CMA award.

Other nominees for “Female Vocalist of the Year” scheduled to perform include Kelsea Ballerini, Kacey Musgraves, and Miranda Lambert with her group the Pistol Annies.  Maren Morris is also nominated for the category.

Here’s an overview of the five nominees for Female Vocalist of the Year: 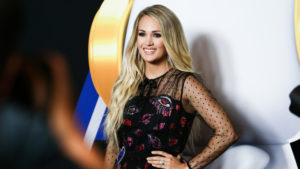 Carrie Underwood burst onto the music scene in 2005 when she won the fourth season of American Idol.  Building on her fame from the TV show, she quickly released her debut single “Inside Your Heaven” which was the first country song in history to cross over and debut at number one on the U.S. Billboard Hot 100 chart. Her debut album, which featured the crossover hit “Before He Cheats” also broke records as the best-selling solo female debut in country music history and is the best-selling country album for the past 15 years. In 2006 she won the CMA for “New Artist of the Year” and “Female Vocalist of the Year.”  She has gone on to win “Female Vocalist of the Year” three more times, and has been awarded eight CMAs over the course of her career out of 21 nominations. In 2014, Time magazine named her one of the 100 most influential people. Over the years she has collected many awards including seven Grammy Awards.  It’s no wonder Billboard refers to her as “Country Music’s reigning Queen,” as Underwood has had 15 number one hits on the Billboard Country Airplay Chart, the most in history. Rolling Stone magazine named her “the female vocalist of her generation of any genre” and she is one of the most successful woman artists having sold more than 65 million records worldwide.  In September, Underwood received a star on the Hollywood Walk of Fame, inducted by her longtime co-host Paisley and Simon Cowell who had correctly predicted that she would be the most successful American Idol winner in history. 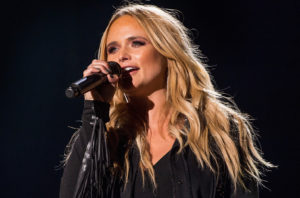 Of the “Female Vocalist of the Year” nominees, Miranda Lambert holds the record for most wins with seven including last year.  Lambert is also the most awarded female artist in CMA history with a total of 13 awards, and in 2015 became the first woman to win the CMA “Album of the Year” award twice. Lambert’s debut album also came out in 2005 with four singles reaching the top 40 on the Billboard Hot Country Songs.  She has released six studio albums which have all received critical and consumer success including two Grammy Awards and 16 nominations.

In addition to her solo career, Lambert is a member of the group the Pistol Annies alongside Ashley Monroe and Angaleena Presley. Their latest song and video “Got My Name Changed Back” has received a lot of press attention as she is referring to her divorce from fellow country superstar Blake Shelton.  After a few other relationships with country stars, Lambert now says she is “happily single” and focusing on creating music to empower women. 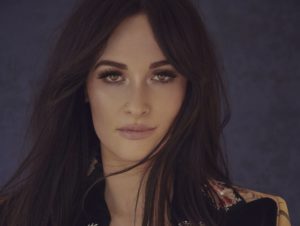 Maybe the fifth time’s a charm for Kacey Musgraves who has been unsuccessful in her previous five nominations for the “Female Vocalist of the Year” award. She did win the CMA “New Artist of the Year” in 2013 and a total of six nominations, when she released her first album with a record label. Musgraves had previously self-released three albums and appeared on the fifth season of Nashville Star which she ended in seventh place. She has won a total of three CMA awards out of 6 nominations, and 2 Grammy Awards.  Musgraves is a LGBTQ activist leading the cause in country music for five years and told Long Room that it would be good to “have a gay country music icon.”  Her song “Follow Your Arrow,” says to “kiss lots of boys, or kiss lots of girls, if that’s what you’re into,” securing her status as a LGBTQ hero. She is married to fellow singer-songwriter Ruston Kelly. 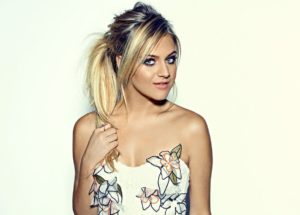 Kelsea Ballerini is newer to the country music scene, releasing her first album in 2015. She was nominated for “Female Vocalist of the Year” that year and has been nominated three other times. She has received six CMA nominations in total.  On Ballerini’s second album released in 2017, she had four number one singles including her debut single, “Love Me Like You Mean It” which was first accomplished by Carrie Underwood in 2006.  She has had seven songs on the Hot Country Song and Country Airplay charts, and says that she has been influenced by Carrie Underwood. Ballerini will be performing in this year’s Victoria’s Secret Fashion Show in NYC along with Bebe Rexha, Halsey, Rita Ora, The Chainsmokers, Shawn Mendes and The Struts. She will be going on tour in April, 2019, and tickets go on sale November 2nd through her website https://kelseaballerini.com/. 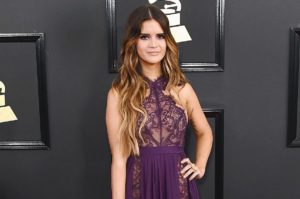 Maren Morris is also relatively new to the country music scene with her first major label debut record “Hero” released in 2016, which was number one on the Top Country Albums chart and reached number five on the Billboard 200 chart.  She won the CMA “New Artist of the Year” and four other nominations. She was nominated for three CMAs in 2017 including “Female Vocalist of the Year” and received two nominations including “Female Vocalist of the Year” again in 2018. Morris has also had success in pop music, as her vocals on the song “The Middle” with Zedd and Grey in January 2018 spent many weeks at number one on Pop radio. The song reached number five on the Billboard Top 100.  Morris also has been nominated for five Grammy Awards and won one for “Best Country Solo Performance” for her song “My Church” in 2017.

Ways To Give Back On Thanksgiving